After 50 years in the shoe business, Vancouver-based designer John Fluevog hardly needs introduction – his peculiar footwear creations are beloved by the sartorially bold worldwide. Earlier this year he released Fluevog: 50 Years of Unique Soles for Unique Souls, a coffee-table book chronicling his inimitable career as a fashion-world recusant. Fluevog welcomed us to his Gastown office for a glimpse into his mind. The Globe and Mail spoke to him about the book, his career, and his ultimate philosophy of how to be cool without even trying (hint: be yourself, but never forget you contain multitudes).

Why was commemorating your career with this book project something you wanted to do?

It kind of snuck up on me, 50 years. It’s like, wow, I guess I should document this because I’ve lasted this long. One, in my industry that’s a celebration in itself. And two, stuff slips by in this world. And my grandkids might wonder, “What about this Fluevog guy? What did he do? What was it like?” It’s not unlike the fact that I would have liked to know more about my own grandparents, who were pioneers. I wanted to know what they felt like. Maybe I know what they did, but what did they feel like and why did they do it?

Speaking of feelings, in your book, you admit that when you were getting started in the industry, people thought you were arrogant, but really you felt a bit insecure. Fifty years on, do you ever still feel insecure?

I think we all feel somewhat insecure. That's my sense, is that we all are always a little bit unsure of whether we can do a certain project or are good enough. I think pushing ourselves to a higher level is one of our mandates of life. To push ourselves a bit, to change the world a little bit. I think we all need to explore, to investigate, to be curious, to wonder.

How do people expect your shoes will make them feel?

They have high expectations. First of all, the shoes need to have a personality. And I’d like to think that I bring out something in a person that they may have latent. I was on a book tour and I met a lot of people, and a constant theme was how the footwear had altered their personality or made them feel better about themselves. I go, “Wow, really?” That’s not what I set out to do, but that’s great. I am humbled by that and also, it’s pressure.

Has it been difficult to keep momentum season after season for decades when you're not falling back on trends to stay hip?

Well, true hipness is not being hip, of course. To be really cool is to be not cool. If you’re just looking like you came out of a fashion magazine that’s not so cool. I think being yourself full-heartedly, that is cool, that is hip, that is what we should all be doing and not being so influenced. And that brings up this idea of how we spend our money. I like the idea of producing things that aren’t so seasonal, that look interesting, three years from now, you can still wear them. And they maybe they weren’t super on point at the time, but they’re not super off point.

What would you say to somebody who thought your shoes were cool but wasn't convinced they could pull them off?

People say that to me. And I find that odd because I think it’s an important part of our humanity that we, on occasion, step ahead of ourselves and be somebody different. What I would say to them is: “It’s fine.” I know you don’t always want to do that and I’m not always going to do that. Sometimes I just want to have my jean jacket, dirty jeans, and boots. But then sometimes I want to be [different]. It’s recognizing that we’re all not one thing. … I guess the theme of my business career, or my brand, or whatever you want to call it is telling people that they’re okay. The way you are is okay. If that’s all I do, that’s fine.

Did anyone ever tell you that?

No, I didn’t get told that. I got told that there was something wrong with me. I got compared to other people, because I was never good at school. I’m dyslexic. So I grew up with this inferiority complex. I just didn’t feel “as good as.” And since I came from that place, my theme is “You are as good as.” I found out I am as good as. I’m a celebrated designer – it’s like, who knew? And so that’s why I say to people, “Step out, you don’t know what you’re good at. Just start doing stuff and finding out what’s inside of you.” 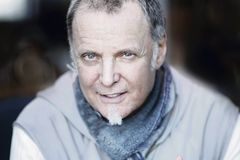