Just before Christmas, Aaron Gleadow was scouring the Internet for snowboarding equipment when he spotted a $300 jacket he liked on Empire, a Canadian online retailer.

The 43-year-old recruiter from Saskatoon proceeded to the checkout to finalize his purchase and came across a buy now, pay later option called Sezzle, a service he’d never heard of before. “I’m a details guy, so I read the fine print,” Gleadow says. “It said I could make four payments, over six weeks, and take possession of the coat before I’d paid it off.

“It didn’t charge interest. It was clear and well laid-out,” says the father of three. “Plus, I really liked the idea of hanging onto our money a little while longer. I didn’t see a downside.”

It’s a sentiment shared by many. Millions of online shoppers have started to use buy now, pay later services – or BNPLs for short – such as Sezzle, Afterpay, Uplift, PayBright, Affirm, Klarna, Flexiti and QuadPay as a way to manage the purchase of goods in pretty much every retail category imaginable.

Unlike traditional layaway plans of yore – which were typically used for big ticket items such as furniture or appliances that you couldn’t get your hands on until you’d made the last payment – these services are good for purchases as small as an eyeliner from Sephora, an aromatherapy candle from Anthropologie, a sweater from Frank and Oak or an air fryer from Hudson’s Bay. And the bonus? You get it right away.

“These services have flourished and become ubiquitous with online shopping,” says Michael LeBlanc, a retail consultant based in Toronto. “Younger millennials and Gen Z’s love it. They might not need to use a Sezzle or a PayBright, but their thinking is, ‘Why wouldn’t I?’

“Some see it as a budgeting tool and a way to stretch out payments. Others see it as a great alternative to a credit card,” LeBlanc says. “At the end of the day, the onus is on the consumer to do their homework and come to their own conclusion.”

The BNPL concept functions in a way similar to short-term loans with flexible repayment options. The companies make most of their money from charging retailers a small percentage of each sale made through the service. However, some plans also ding the consumer with late fees and interest charges.

Generally, once you sign up with a third-party BNPL, you make your first payment, your item ships and you make the rest of the payments following an agreed-upon schedule. Which service you can choose depends on where you are shopping, since the BNPL partners with the merchant directly.

The differences between them can be confusing. For instance, Afterpay and Sezzle don’t charge interest under any circumstances, but they still have other rules consumers need to be aware of. Both charge a fee for a missed payment (Afterpay does not charge a late fee in Canada, but does in other territories). They will freeze your account if you miss payments to prevent you from making further purchases. They also both cap the amount you can spend at first, gradually upping your limit as you prove yourself reliable.

Other services such as PayBright, Flexiti and Affirm have similar, interest-free, short-term offerings, however they also have other variations, including some that do charge interest (ranging from zero to 30 per cent), monthly administration fees or hard credit checks. The amount of interest you are expected to pay will be shown before you check out. These companies also have more varied terms of repayment, which can span anywhere from three to 48 months.

Patrick Chan, general manager of Sezzle in Canada, says BNPL’s are a good deal for consumers as long as they stay on top of their repayment terms and don’t overextend themselves. “The advantage for our customers is that it is much more responsible than a credit card because we start people with very low limits … with the average purchase being $150.”

For a small retailer such as Julie Yoo, owner of the popular luxury consignment store I Miss You Vintage in Toronto, giving her customers a buy now, pay later option on her website was a no-brainer, primarily because her customers started asking for it. In the summer of 2019, she teamed up with Toronto-based PayBright so her clientele could customize their own repayment schedules. In the past year, Yoo estimates she’s seen a 50-per-cent jump in the number of customers using it.

“In the past we’ve done traditional in-house layaway, but some of our consignors want to be reimbursed right away. PayBright ensures they get paid and I don’t have to deal with administration of collecting funds,” says Yoo, whose high-end vintage apparel has attracted the likes of Lady Gaga, Michelle Williams and Chloe Sevigny.

In some ways, it all sounds too good to be true. Buy now, pay later detractors such as the Better Business Bureau worry these new financing plans are just fancy window dressing designed to get consumers to spend money they don’t have and take on more debt.

LeBlanc says there is one important way to help ensure you don’t get in over your head. “If you can’t find terms and conditions on the website, don’t do the deal. These service providers aren’t going to do the homework for you. It’s on you to know exactly what you’re getting into.”

Editor’s note: An earlier version of this article did not fully explain how Afterpay and Sezzle work. 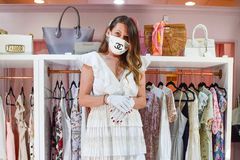 Why is it so hard to find plus-size vintage and second-hand clothes?
Subscriber content
February 25, 2021 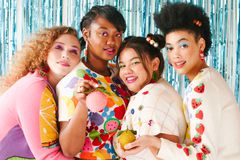 In the thick of a pandemic, fashion brands forge ahead with unique approaches for growing their businesses
November 26, 2020 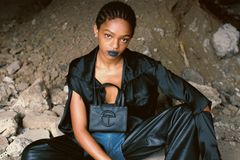