When Sophie Boulanger founded BonLook in 2011, her goal was to offer high-quality eyewear at down-to-earth pricing. “There’s no reason why a very good pair of eyeglasses should cost you as much as a trip to Vegas or an iPhone,” Boulanger says. Eight years later, that focus on fair-pricing has led to an optical boom, with wearers collecting multiple frames for different moods and occasions. Boulanger compares owning one pair of glasses to wearing the same pair of shoes every day. “No one would do that!” she says.

Like many other direct-to-consumer businesses, Boulanger’s BonLook started out online. She quickly realized that, in the eyewear biz at least, shoppers really want to try before they buy. To connect with customers face-to-face, BonLook began opening kiosks in Quebec malls, which led to stores throughout the province followed by an expansion into Ontario. It’s currently in the middle of opening locations throughout Western Canada, with new stores in Winnipeg, Calgary, Edmonton, Surrey and Vancouver and plans to go south of the border.

At Edmonton’s second BonLook boutique, which opens its doors March 9 at the Kingsway Mall, shoppers will find eyeglasses and sunglasses for men and women. All of the frames are designed at the brand’s Montreal HQ, manufactured in China and then filled with prescription lenses at a Canadian lab. BonLook releases about 15 collections each year and regularly collaborates with homegrown stars such as television personality Maripier Morin, Olympian Tessa Virtue and singer-songwriter Coeur de Pirate. “There’s a trend in retail of actually giving back value to the client,” Boulanger says. “As a merchant, I love knowing that I sell you a product that you pay the right price for.”

A Toronto photography exhibition is raising awareness about skin cancer prevention. From March 5 to 16, Skinwork is on display at Artscape Youngplace (180 Shaw St.), and features photographs of 60 women who each have a connection to the cause. Skinwork is the initiative of photographer Bettina Bogar, as a female-focused movement to promote awareness of skin health. Admission to the exhibition is free, with profits from sales of the prints going to the Melanoma Network of Canada, the official charitable partner of Skinwork. For more information, visit skinwork.info.

The fashion community has several initiatives to celebrate International Women’s Day on March 8. One comes from Canadian jeweler Hillberg & Berk. The brand is launching the Venus Pin, which retails for $45 with all profits used to purchase feminine hygiene products for those in need. Meanwhile, Gap, Banana Republic and Old Navy are all releasing special launches to raise funds for P.A.C.E., Gap Inc’s. personal advancement and career enhancement program, an initiative that has worked with more than 200,000 women in 16 countries since 2007. Find T-shirts with empowering slogans that promote gender equality.

The Willow Stream Spa at the Fairmont Pacific Rim hotel in Vancouver has announced a new partnership with French skin-care brand Biologique Recherche, the first for a hotel in Canada. The spa’s team is now certified in Biologique Recherche’s personalized approach to skincare, offering three signature facials: Custom Glow, which includes an in-depth skin analysis and one of the brand’s boosters; Second Skin, which is presented as an alternative to conventional fillers; and the VIP O2, an oxygenating and balancing treatment. In tandem with this partnership, Willow Stream has introduced six new body treatments using products from the local Beauty Through Balance line.

A new pop-up restaurant sponsored by American Express is coming soon to Toronto and Montreal. Dinner With a View offers a three-course, locally sourced meal designed by chef René Rodriguez, winner of Top Chef Canada season 4, served in a geodesic dome. Each dome will be designed to correspond with a region of the earth, including tundra, tropical and boreal forest. From March 28 to May 2, dine in a heated bubble at the Bentway in Toronto or, from April 16 to May 18, at La Grand Roue in Montreal. For more information and to purchase tickets, visit dinnerwithaview.ca. 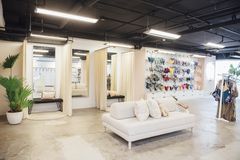 Montreal jeweller Ecksand is attracting fans like the Duchess of Sussex with its ethical baubles
Subscriber content
February 21, 2019 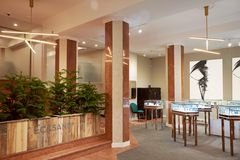 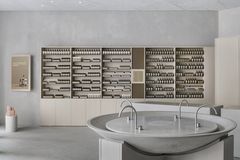 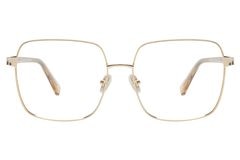