This is the story of three pairs of hands that came together, over seven months and across an ocean, to create one very special gift.

You see, I’m what you might call “a challenge to buy for.” Last year, I told my partner Peter that it was finally time to admit that my stalwart shearling coat didn’t fit any longer. After a long pause, he looked up with a glint in his eye, and asked, “what if I got you the Withnail coat?”

“Withnail” is Withnail and I, the 1987 cult film about a pair of broke British actors and their misadventures in the rainy countryside outside London. Throughout the movie, actor Richard E. Grant’s titular misanthrope wears an ankle-length Harris Tweed overcoat so distinctive, it’s practically a character in itself. Withnail and I is a longtime favourite and I can recite the black comedy’s dialogue backwards and forwards. But I love the character Catwoman too and don’t necessarily want to slip into black latex.

Still, this coat is spectacular. Withnail and I’s costume designer, Andrea Galer, was inspired by 19th-century officer’s coats for its theatricality. It’s fitted, double-breasted and has an ample skirt featuring back vents that extend to the waist. The flared cuffs are functional. The wide lapels fold up with a collar tab against the cold. It’s the stuff of gothic novels, perfect for brooding walks on the moors.

Galer has been creating faithful reproductions of the topper for more than 20 years, and prices an off the rack coat starting at £1,500. Now in her 70s, she has always taken a keen interest in heritage and craft. She has often made a point of sourcing handmade lace or custom wool created in historically accurate ways for her BAFTA and Emmy-winning period work on Bleak House, Mansfield Park and Jane Eyre. I’ve been covering the garment industry for 15 years and the opportunity to own a made to order version that truly embodies the slow and considered ethos I advocate for was hard to turn down. Needless to say, I agreed to the gift.

The process of creating the coat begins with measurements taken by an experienced tailor. In my case, that’s Joyce Gunhouse. By day, Gunhouse is the co-designer of made-in-Canada women’s label Comrags, whose clothes I’ve been wearing for years. We e-mail my particulars to Galer in the U.K. for an initial toile, the test garment that’s sewn up to ensure a perfect fit. Since I have no imminent London travel plans, Gunhouse graciously agrees to handle fittings when the toile arrives back in Toronto.

During our first meeting at the Comrags studio, Galer’s voice is a tinny echo from London via FaceTime. I slip the ersatz pattern on and pace long strides between the cutting table and sewing machines while Gunhouse flips the phone camera and they both survey the fit and drape of the first draft. In contrast to the technology that enables this transatlantic collaboration, the inch by inch review is entirely analog. They confer about the angle of the sleeve and whether the collar is sitting properly. Do the front panels need more overlap? They do. And might a slightly higher waistline be more flattering? Yes. Every revision creates a domino effect of other tweaks. Soon, the beige fabric is marked up with pen. Back to London it goes.

Meanwhile, in the village of Northton on Scotland’s Isle of Harris, traditional weaver Rebecca Hutton is assembling different colours of yarn to thread the loom in her back garden shed. Hutton is an independent producer of Harris Tweed. To earn that designation, the cloth must be wholly spun, dyed and handwoven in the Outer Hebrides from 100 per cent pure Scottish virgin wool. The Withnail coat’s twill is a specific shade of dun with a russet, brown and slate blue check that Hutton weaves to order exclusively for Galer.

The revamped toile makes its way back to Toronto, but Gunhouse is still not quite satisfied with the shoulders. In a eureka moment, a seam is ripped apart to make a crucial adjustment that finally allows the coat to sit properly on my asymmetrical frame. I carefully fold and tuck the final edit into an envelope for its last journey across the pond.

Almost a year after Peter made his generous offer, a hefty package arrives just in time for my birthday. Compared to the ghost version I’m used to trying on, the finished coat is surprisingly substantial. It already feels like an heirloom. Every line of check is perfectly matched across seams and pockets. Outside, as if on cue, the weather is gloriously miserable. As I step out of the house, a gust of wind catches its vented panels and reveals a flash of the silky striped teal lining.

When I catch a glimpse of myself in the coat, I don’t see a fangirl doing cosplay. What reflects back is the undeniable craft involved in creating clothes. It’s a dashing garment made with exceptional care thanks to the skills that three women have honed, thousands of kilometres apart, over a lifetime. But occasionally, when I’m pretty sure no one’s watching, I give the coat a theatrical spin and practise my soliloquy. 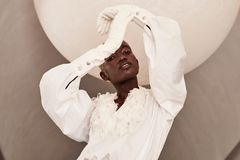 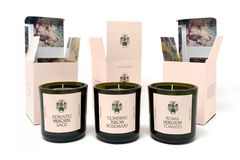 How will we travel in 2021? Think private flights and luxury retreats
Subscriber content
November 20, 2020