The three founders of the Vancouver-based men’s-wear brand James Coward don’t consider themselves part of the fashion world. Rather, Daniel Garrod, Aaron Gray and Joseph Walia talk about being in the apparel business and producing locally-made, small-batch, timeless garments over trend-driven clothes. “We don’t believe in the seasonal consumption model,” says Garrod. “When you extricate yourself from the [buying] schedule and showing in certain fashion weeks, you’re really able to control your message and image,” says Gray.

James Coward is among a crop of emerging Canadian men’s-wear brands that are eschewing the conventions of building a clothing business, and are instead producing smaller collections off-season, partnering with specialty stores over large retailers and speaking directly to their consumers through social media. In a moment when the international garment industry is thinking about how it can pivot in a post-pandemic marketplace, they might be ahead of the game. As men’s-wear consumers become ever-more conscious of where their dollars go, they’re supporting brands that put quality, community and transparency first.

Since 2015, James Coward has steadily achieved important milestones, first expanding its product offering, then being picked up by influential stores and launching an ongoing collaboration with storied British shoemaker Tricker’s. Garrod, Gray and Walia credit their success to shoppers’ growing preference for brands that emphasize robust materials and construction such as British designer Margaret Howell or Japan’s OrSlow. “People are looking for clothing that’s a little less ephemeral,” says Gray, citing his brand’s work-wear staples made from corduroy and heavy drill, a durable cotton fabric.

James Coward is not alone. Toronto-based designer Keith Henry has built his brand Henry’s around a similar ethos: buy less, buy better. Run entirely out of his apartment in the city’s Roncesvalles neighbourhood, Henry fulfills orders for his custom wide-leg selvedge denim, rainproof pants and work-wear jackets through Instagram, where prospective customers also get an unvarnished look at his production process.

While other brands that subsist on social media often rely on influencers to drive awareness, Henry’s doesn’t give clothes to anyone. “Everyone who you see in my stuff has purchased it with their own money,” says Henry. “More people are conscious of their buying decisions, and I think I’ve benefited from that.

James Coward’s sales strategy is focused on developing its web shop and partnering with stores that share its indie sensibility, including C’H’C’M’ in New York, Maidens Shop in Tokyo and Neighbour in Toronto and Vancouver, which also carries Henry’s. At Neighbour, the labels hang alongside a considered selection of high-end brands including Bode, Lemaire and Stephan Schneider. Owner Saager Dilawri believes his edge is being able to communicate a specific point of view. “There’s a group of designers that share the same feeling we do, where it’s about fabric and uniqueness,” he says. “They’re trying to tell a story.”

With the promise of efficiency and convenience, e-commerce has theoretically replaced the need to ever enter a store, but a boutique such as Neighbour fosters two qualities that are difficult to replicate online: discovery and community. “We’re connected through social media, but there’s still this craving to be part of a community,” says retail analyst Lisa Hutcheson. “If [brands and retailers] can create a community digitally and then replicate that in a physical location, they’re able to continue that connection with their customer.”

For Hutcheson, indie players succeed because they are adept at providing the personalized experience that consumers are craving. “[People] want to feel as if they’re included, that they’re being treated individually,” she says. “Ultimately, one of the biggest challenges of the established guys [is that they] confuse customers because they’ve had so many pivots in their strategy.”

Dilawri sees men’s-wear shoppers gravitating toward two retail environments in the future: smaller shops with a curatorial approach and e-commerce giants with a well-defined mix of brands.

Smaller Canadian brands that understand these shifts seem better positioned to stay ahead of the curve. In October of 2018, the trio behind Montreal-based brand École de Pensée, a line of tailoring, knitwear and outerwear, opened their flagship store in the city’s Mile End neighbourhood with the idea that today’s men’s-wear shopper values customer service, inclusivity and community above all else.

Anyone who enters the store is offered a Japanese tea and a seat on a mid-century modern couch from the designers’ personal collections. “Shoppers now want more than just products,” says designer and co-founder Julien Gauthier, emphasizing both the importance of feeling the clothes in person and interacting with the people who make them. “Super specialized, human-oriented service is difficult to provide in a very large retail space.”

These types of guiding principles, which propelled these brands’ initial success, are the same ones that will allow them to adapt during times of uncertainty. As Gray puts it: “We think that our ethos – slow design, eschewing ephemeral trends, thinking and acting locally – will resonate strongly.”

Across cultures: Latest Simons collection showcases the breadth of Indigenous fashion
May 28, 2020 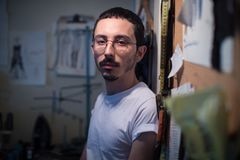 Easy does it: Men’s wear chills out for the summer
Subscriber content
June 11, 2020 How to flip the switch on your shopping habits to buy for the long term
Subscriber content
June 4, 2020 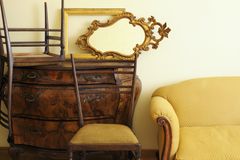