The questions surrounding sustainability and the environmental impact of faux versus real fur are brain-numbingly complex, but one would never know that from the recent actions of the fashion industry. In October, Gucci, whose 2015 Kangaroo-lined slippers were such a smash hit for the house that they spawned countless imitations, declared that it was joining the ranks of veteran animal rights activist Stella McCartney and going real fur-free.

In the months since Gucci’s announcement, Michael Kors, Donna Karan and Donatella Versace have joined Giorgio Armani and Ralph Lauren on the increasingly crowded bandwagon. “It’s a trend, especially for millennials,” Anna Sui told Women’s Wear Daily. “A lot of them are vegetarian so they would never wear fur.”

Retailers are taking note. Selfridge’s in Britain has not sold animal fur since 2004; online luxury phenom Net-a-Porter since 2016. And here in Canada, a country whose entire genesis is owed to the 19th-century European taste for the beaver hat, luxury retailer Holt Renfrew reduced the number of its fur salons in its stores across Canada from seven to just one.

“We as a business are assessing sensitive materials within the industry and have highlighted fur as one of these,” says Mario Grauso, president of Holt Renfrew. The Hudson’s Bay Company, whose founding charter in 1670 gave it exclusive rights to trade in animal skins with Indigenous people of this country, declined to comment for this story.

According to the International Fur Federation, global retail fur sales in 2017 amounted to $30-billion, more than half of which were in China, where the explosive luxury market far outweighs anti-fur sentiment or environmental awareness. Here in Canada, the fur industry brings in some $1-billion annually and employs approximately 60,000 Canadians, many of whom live in remote and northern communities, including an estimated 25,000 Indigenous people, for whom trapping and living sustainably off the land is a way of life.

In her years with the Fur Council of Canada, director Teresa Eloy has seen trends come and go. “In the 90s, it was all about grunge and punk and anything feminine or luxurious, like fur, was a no-no,” she says. In Eloy’s opinion, the predominance of faux fur on fall fashion runways is only a good thing for the real fur industry. “It’s the fur look, which is important, and while the synthetics are improving, they really aren’t there yet.”

What is inarguable, no matter how flattering the imitation, or how very fashionable wearing even frankly fake fur has become, is that synthetics simply don’t breathe the same way that natural fibres do, nor do they last as long. Though labels including Chloé have fashioned fur-like outerwear from shaggy lengths of natural yarn, faux fur is generally made from acrylic, a non-renewable petrochemical by-product that can take hundreds of years to biodegrade in a landfill. “Fake fur pollutes the world more than anything else,” designer Karl Lagerfeld told Women’s Wear Daily.

Recent research points to the environmental impact of microfibres, those tiny filaments of plastic that synthetics shed in the wash. According to a 2016 study in Environmental Science & Technology, synthetics release an average of 1,174 milligrams of microfibres in a wash cycle, many of which end up in waterways affecting the health and habitat of marine life.

Anti-fur activists argue that the carbon dioxide emissions associated with mink farming and the toxic chemicals used in fur dressing and dyeing have a similar negative effect on the environment. Vintage fur lovers point to how heirlooms handed down from grandparents or found in second-hand stores can last for decades and be recut to fit contemporary fashion. The back and forth highlights how those on both the pro and con sides of the issue conflate environmental concerns such as sustainability with questions about animal rights. “With most of us now living in cities, we are all so isolated from the farm that we don’t understand that all animals aren’t pets,” says Alan Herscovici, the former executive vice-president of the Fur Council of Canada, who now writes a blog called the Truth About Fur. “Fur is a highly regulated industry here in Canada. There are the same population of beaver now that there were when the first Europeans arrived.”

And then there’s the question of preserving a high skill craft that is itself endangered here in Canada. “A lot of the artisans in fur today are surviving now on remodeling,” notes Herscovici, who has not yet seen any data on how the recent shift to simulated fur is affecting the already beleaguered industry.

“When the millennials find out that fakes are unsustainable products that end up in landfills and create irreversible damage to the environment, they may take another look at fur,” Eloy says. 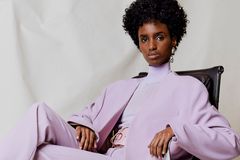 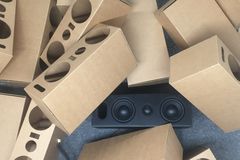 Four jackets to carry your summer wardrobe into fall
July 30, 2018 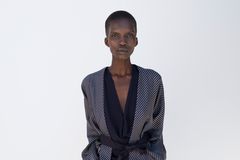