Even if Facebook is listening to our conversations through our phones, I’m certain I hadn’t mentioned to anyone that I was looking for a summer dress. But an ad for one appeared on my feed as I scrolled through Instagram (which is owned by Facebook).

A long linen dress that could be cinched at the waist in a variety of ways thanks to a leather tie, it was just what I was looking for. Cool, casual but also dressy when I need it to be and something that could travel well. I’d never heard of the shop before, but I clicked on the link and was taken to the online storefront. It was listed for $40, an incredible deal, and I read the reviews to make sure it was as good as it looked.

Among the handful of raves was a one-star review: “This design is a rip-off of Miranda Bennett Studio in Austin.” I googled Miranda Bennett and sure enough there it was: the Knot dress, available in linen, textured cotton, denim, silk and more, at a cost ranging from US$268 to US$418.

Bennett is an independent designer. I’d never heard of her before, nor seen her designs and I’m not sure I would have if not for this anonymous do-gooder who’d left the review.

Over the following few weeks, the dress appeared on my feed several more times, but always under different shop names, all powered by the Canadian e-commerce company Shopify: Micoko Store, Yoyolike, Tatucco. They all used the same photos to promote the deeply discounted knockoff dress and between them had an inventory of thousands of other apparel items, shoes and accessories.

They operate as a type of retail called dropshipping, one ideal for online shopping. Merchants set up online storefronts to market goods and complete transactions, but don’t carry stock or fulfill orders – that’s left up to a wholesaler or manufacturer. Storefront ads are served up to social-media users and merchants can target them by geographic region, for instance, or say, users who like or follow specific accounts, such as Miranda Bennett Studio.

There’s nothing wrong with dropshipping per se, but a study released in April by analytics firm Ghost Data states that upwards of 20 per cent of social-media posts about top fashion brands included counterfeit products. “These sellers are no longer hidden in some far-away ‘souks’ or confined in a rough neighbourhood market. They operate ‘in the open,’ posting a wide range of ads and images on social media and openly selling their goods worldwide,” state the authors of the study. The 2018 Global Brand Counterfeiting Report tallies the worth of global counterfeiting at US$1.3-trillion. So how does an unsuspecting shopper navigate these online stores to ensure they’re buying what they think they are and that it’s not stolen material?

While brands such as Chanel and Louis Vuitton have markers – specific tells on their items that shoppers can look for to guarantee authenticity – and healthy legal funds to combat counterfeits, independent designers such as Bennett do not.

“It’s very new to me, this form of being knocked off,” says Bennett, who first started to learn about copycats of her dresses being sold through these shops in March of this year. “The bizarre thing is that they have this network of alias storefronts that are ready to go. They anticipate the intellectual-property takedown.”

Indeed, along with “About Us” and “Contact” pages on their websites, most of these storefronts have a page titled “Intellectual Property” where copyright owners can file a grievance in hopes that the offending material stops being shared, whether it be a design, photograph or product description. Dig a little deeper and many of the stores selling women’s and men’s apparel, including the dress I was looking at, belong to Orderplus International Ltd., a company based in Hong Kong. Micoko, Yoyolike, HahaDress and Luvyle are all storefronts managed and fulfilled by Orderplus and each serve up ads to Instagram users.

On its storefronts, Orderplus is using a photograph of the dress that is the property of one of Bennett’s stockists. “They stole the photograph of the actual dress, and that made it easier to pursue as intellectual property,” Bennett says. “It is extremely challenging to prove ownership of a style,” she adds. “I think the rule is something like two to three variables have to be different or adjusted [to claim an original design], so it could be your exact same design but it’s in a different fabric and a different colour and maybe the hem is one inch different.”

Because in her IP complaints to Shopify, which most of the stores use to operate, and Instagram, she would link to the original photo, the item would be immediately deleted from sites.

But Bennett suspects Orderplus and the like anticipate being caught out and have storefronts on standby to go live when others are shut down. “I would file one takedown notice and then it would pop up on another site. And then I would file another notice, it would pop up on still another and another until I was like, I don’t know how much time I can keep dedicating to hunting these out,” she says.

The problem extends beyond advertising from these dropshipping companies, however. Jessica Ward and Juliet Sekandi run From Jess and Jules, a Toronto-based online lifestyle boutique. They carry sweaters from Mum’s Handmade, a small hand-knitting business based in Thessaloniki, Greece.

Their chunky knit pullovers and cardigans have been knocked off and can be found at online stores such as Goodnight Macaroon. Along with being advertised to social-media users, influencers have been peddling the knockoffs, linking to the discount retailers, even when they cite the original designer as Mum’s Handmade in their blog posts. (An original sweater costs $299 on From Jess and Jules, and €240 from Mum’s Handmade directly; the knockoff at Goodnight Macaroon is US$95.)

Sekandi says that the brand let her and Ward know that this was an issue when they first started carrying the sweaters in 2018, telling the women that the team at Mum’s Handmade had been reporting knockoffs to Instagram for the past two years.

“There was a particular Canadian influencer that wore their actual sweater, but then drove traffic to another store that carried the knockoff,” Sekandi says. Likewise, New York-based fashion blogger Coco Bassey has a post on her site wearing the original sweater and links to Mum’s Handmade, but also provides links to cheaper replicas. Laura Behnke, another New York-based blogger, penned a post called “To Dupe or Not to Dupe” explaining why she bought and wears the knockoff from Goodnight Macaroon. The rationale: The fake is more affordable.

“When we confronted the individual, they said, ‘Well, my followers can’t afford the sweater. So I’m giving them a different alternative,’” Sekandi says.

Ward adds: “I think what’s tough for a lot of these brands, especially the smaller artisan-driven brands, they almost feel like they’re losing at every turn. It’s like, yes, you go after the brands that are knocking you off, but then you turn around and you have a social influencer who has thousands and thousands of followers now driving that traffic. You can never keep up.”

And how can consumers? “I think you have to be a little bit more engaged with fashion now than before,” Sekandi says. “If you see something a few times and you’ve seen one for $350 and one for $50, there’s a price discrepancy, that’s always a red flag for me, and then also looking at the difference in quality on the platforms.”

Bennett says there will also be clues on the websites, in the product descriptions, for example. “They’re just basically riddled with what they’re assuming are key words. And there is no acknowledgment of the actual origin in terms of brand story or designer location,” she explains. “I think also when you’re seeing it coming through from multiple profiles with the same language then you can understand at that point that it is a network of these counterfeit sites.”

And of course, if the price seems too good to be true, it is.

Ultimately, these sites wouldn’t exist and designs wouldn’t be stolen, if consumers weren’t buying them, which is why Toronto-based lawyer Ashlee Froese, who specializes in trademark law, says consumers need to shoulder some responsibility.

I bought Bennett’s original dress. I couldn’t stomach the thought of a knockoff, even at 10 per cent of the expense. It arrived packaged in attractive tissue with a handwritten note thanking me for the purchase. But in researching the story, I did buy the copycat. It arrived in a nondescript mailer bag from Hong Kong.

Where Bennett’s dress is soft-textured cotton and well-tapered, the knockoff has the feel of a hospital bed sheet. It is thin, the cut has little shape and the “leather” belt is a weird foam-like material.

As Instagram ads become more frequent in users’ feeds and as the platform rolls out its own in-app shopping experience, there are certain signs consumers can look for to determine whether the item they’re considering is original.

A day at the races is cool again, and not just because it’s Instagram-friendly
Subscriber content
June 18, 2019 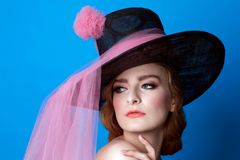 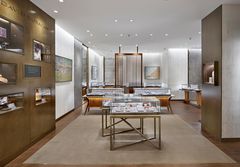 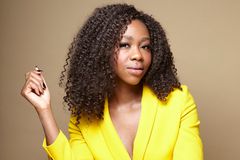