There was a time, through the late 1980s and ’90s, when a visit to New York meant you had to stop by Barneys Manhattan flagship store to see its famously weird and wonderful windows. They were the creation of Simon Doonan, the luxury department store’s creative director for more than three decades, who had knack for the irreverent and a gift for defining the zeitgeist of the day by pairing high fashion with politics, music and social criticism. Over the years, he dressed a mannequin as Margaret Thatcher as a dominatrix in tight black leather. He made a nativity scene out of duct tape, and even poked fun at the Royal Family, putting Prince Charles in a tub and Harry on a throne (the porcelain kind).

All of it, the British-born window maestro did with a cheeky good humour that sometimes bordered on scandalous but never crossed the line into mean-spirited. Since leaving his perch at the upscale department store, Doonan has been busy. In addition to his gig as a judge on NBC’s Making It. Doonan has just published his 11th book: How to be Yourself: Life-Changing Advice from a Reckless Contrarian. In an interview with The Globe and Mail, Doonan gives practical, and some might say old-fashioned, advice, on how to become a better you, while weighing in on social anxiety and vanity.

Your windows celebrated the joy of the absurd and the messy reality of culture. Where did your inspiration come from?

In the late ’80s, people were just starting to get fixated on celebrity culture, so I started doing caricatures. It was the time of Spitting Image on British TV, and it was kind of in tandem with that. I like to say I’m good at Coney Island. People think if you work in fashion, you’re this elitist esoteric. I’m really not. I grew up working class. I like things that are super popular and engaging to a broad segment of the population, which could be anything, from the foodie culture to Tammy Faye Bakker. I think the secret to my success is I got wound up about things that weren’t really in my wheelhouse.

Where did your contrarianism come from?

Nobody in my family cared about what the neighbours thought. Nobody complained. Everyone was bold. I feel compelled, in my life, to seek out similar people. I am only truly comfortable when I am around confident eccentrics. My crazy, wonderful family taught me a very important lesson: External approval is nice, but do not rely on it.

Often people think of vanity as a bad thing but you champion it, why?

Vanity is a life-affirming force, a gesture of creativity and optimism, an anti-depressant with no bad side-effects. I implore you to put time and effort into your appearance, adopt a particular hairstyle, or have a signature flourish – the key is to know who you are. If you’re a confident person, and you’re not overcomplicating the process by worrying about what others think, personal style can be relatively easy. I’m a neat freak and the look I wore, for years, to work was a button-down dress shirt in Liberty of London prints, a velvet jacket and tie. I call it Carnaby Street with a mod sensibility. It’s instinctively what I thought my look should be.

So the key to personal style then is oodles of confidence?

In a word, yes. Take my mom. As a kid I watched Betty Doonan execute her beauty routine before she charged off to work – upswept do, ’40s red bow lips, plucked and pencilled eyebrows, eyeliner and mascara – with staggering speed and efficiency. She would transform herself from an average broad into a confident head turner. Watching Betty go at it was a revelation to me on how to present yourself to the world with panache.

You write that hair is one of the most potent forms of self-expression. Explain.

Imagine Ed Sheeran without his hair. He would not be Ed Sheeran. He is his hair. The same can be said for Albert Einstein, Angela Davis and Carrot Top. They are their hair. Hairdressers, therefore, are the shamans in the looking-like-yourself movement. More important than your clothing choices, your chosen hairstyle is the ultimate playground for self-expression and self-identification.

You say in the book that social anxiety is the “new athlete’s foot.” Where is our collective angst coming from?

Our fascination with social media is largely to blame. Young and old, we’ve become a nation of screen addicts … which increasingly commands us to ignore the here and now and to fixate on abstract, far-in-the-future. Which brings me to my other pet peeve, the concept of the bucket list. All this dreaming, crystal gazing and horizon scanning is a sideshow, a distraction from the real work, the heavy lifting, the development of your true self. Just do it today and stop bleating about what you’re going to do. I used to work with Diana Vreeland at the Costume Institute of the Metropolitan Museum and she would say things like, “Drag your Aubusson rug to a waterfall and have a picnic today.” And I’d think, “What a great idea. That’s fabulous.”

Opinion
Using our closets and clothes as another way to re-build
June 3, 2021 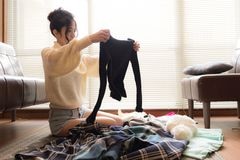 How can I prepare my feet for sandal season at home?
Subscriber content
May 26, 2021 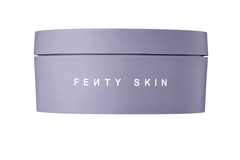 How can I wear blush under my mask?
Subscriber content
May 19, 2021