Jump to the recipe for coconut oil and soy butter soap

When I first called Natalie Pepin, I told her I really wanted to learn how to make soap.

“But I’m afraid of lye,” I confessed. I suggested maybe we should do candles instead.

Pepin is a Harvard Extension School graduate who, after completing her studies, decided to return to homestead in Alberta and now lives with her family in an off-grid cabin in the province’s Tawatinaw Valley. Through her business, ReSkilled Life Learning Centre, Pepin teaches a variety of homesteading skills, Indigenous arts and ancestral crafts, including tanning and beading, moccasin making and soap.

“These skills weren’t only practical. They hold clues into the lives of our ancestors,” Pepin says. “They tell us about their character, about how they got through difficult times and the things that were important to them.”

Pepin says she has always been “very artsy” and started learning traditional arts and skills as a way to connect with her Métis culture, particularly around the work of women, a part of history not always documented.

Although Pepin was passionate about environmental studies and business during her time at Harvard, she says she felt drawn to the work she could do at home preserving traditional skills and knowledge and sharing the foundational human skills “that allowed us to exist and got us to this point in time.” She says her final project at school was titled, “From Harvard to Homestead.”

Pepin says many people are – like me – both interested in, and intimidated by, the prospect of soap making from scratch. While it does involve working carefully and taking some basic safety precautions (like wearing gloves and goggles), she says most people are surprised at how safe and simple it is. Her experience is reassuring.

“Soap is kind of magical in that you’re taking two or three very different ingredients and combining them and they turn into something different,” she says. “... There’s a chemical reaction, there’s a process that takes place. And it’s like alchemy, you create something different. And I think that’s interesting to people.”

Pepin says she thinks many people are interested in soap making because it’s a practical thing we use every day and an economical, artisanal skill we can easily adapt to our own tastes and preferences.

She points out that soap making was a traditional practice of the Métis and of cultures all around the world, one of those fundamental and essential skills that she says can connect us with each other and our broader human history.

“It feels so old school to say I’m going to make soap, and there’s a piece of pride in maintaining those old skills,” she says. “It makes you feel connected to the things before you.”

If you missed our event on Feb. 2, watch the replay above. In addition to the following recipe, Pepin provided these recipe options. Keep up to date on other Globe Craft Club events at tgam.ca/craftclub, and join the conversation on our Facebook group.

Our next event is Feb. 16, collage-making with Scott Nolan. Find a list of supplies and how to watch the livestream.

Any of this equipment can be what you already use for cooking or food preparation. Only use non-reactive materials such as plastic, heat-safe glass or stainless steel. Don’t use aluminum or copper because those will cause a reaction with the lye and affect the quality of the soap.

Warm oil in a pot until it’s melted, stirring every once in a while. You don’t want to get it anywhere close to boiling – you are only warming it. The temperature needs to be between 37-51C and no hotter. Once it’s liquid, turn the heat off and let it sit.

Wearing eye protection and gloves, use a stainless steel spoon to measure the lye and place it in a plastic, heat-safe glass or stainless steel container. Never pour water into the lye because it will create a violent reaction. Instead, slowly pour a slow, even stream of lye into the water, then gently stir the mixture with a wooden spoon until the lye has fully dissolved (don’t put the wet spoon back into the lye crystals). Don’t place your face close to the lye-water mixture as you’re stirring because the mixture may produce steam and vapours.

Continue mixing with a wooden spoon until the lye has dissolved and there are no crystals left. The mixture will be hot so let it sit to come down in temperature – keep stirring to help it cool. The lye solution and oil need to be similar in temperature – 37-51C, though they can be within 10-15C of each other. Check the lye solution with a kitchen or candy thermometer to make sure it’s in that range. If it is, check the temperature of the oil mixture.

Take the oil off the heat before proceeding to mix with the lye. Start by slowly adding the lye solution to the oil in a steady stream as you gently stir with a wooden spoon. Don’t pour all the lye in at once because you don’t want it to splash.

The mixture will start looking cloudy and eventually begin turning white. You can continue to stir with the wooden spoon, or switch to an immersion blender, which is much quicker. (Stirring by hand will take about 15-20 minutes, stirring with a hand mixer around eight minutes or less, depending on the oils used.) Take breaks to allow the immersion blender to cool down if it is overheating.

If using the immersion blender, hold it on an angle at the bottom of the pot. Make sure it’s deep enough so the bottom of the stick blender is immersed and begin blending on the lowest speed, being careful to avoid any splashing. Keep stirring until you can see the lines made by a spoon and they don’t disappear – that means the mixture has reached tracing, which indicates the beginning of saponification. The soap will begin to harden quickly after that, so add any other ingredients such as scents or colorants and stir a few times to incorporate.

Spoon soap into the mould. Once it’s halfway full, pick up the mould and tap it on the counter to get rid of any air bubbles. Fill the mould all the way, then smooth the top. You can sprinkle the tops with dried herbs or flower petals for decoration if you like. Carefully place silicone moulds on a cookie sheet or cutting board before transferring so they don’t move around or spill when you lift them.

The soap needs to sit 48 hours to a week to set before unmoulding. Leave it in a place that isn’t too hot or cold, such as a linen closet, and keep it out of the way so it won’t be disturbed. To test, touch it with your finger. If it indents, leave it to sit longer. Times may vary depending on the oils used.

Once the soap is set, unmould it. If using a big mould, cut the soap into individual bars. You can use a soap-cutting knife, which looks like a pastry scraper, or a sturdy kitchen knife – thinner knives cut through soap more easily. Score the top so you know where to cut before you start slicing. It’s helpful to wet the knife and clean it off between each cut to keep your slices smooth. Go slow – smooth and even cuts make the best bars. After cutting, you can stamp the bars with anything from around your house.

Space your bars of soap out on a cookie sheet or cutting board so air can circulate around them and let sit to harden for at least a couple more weeks before using. The soap will get harder after a couple of months. 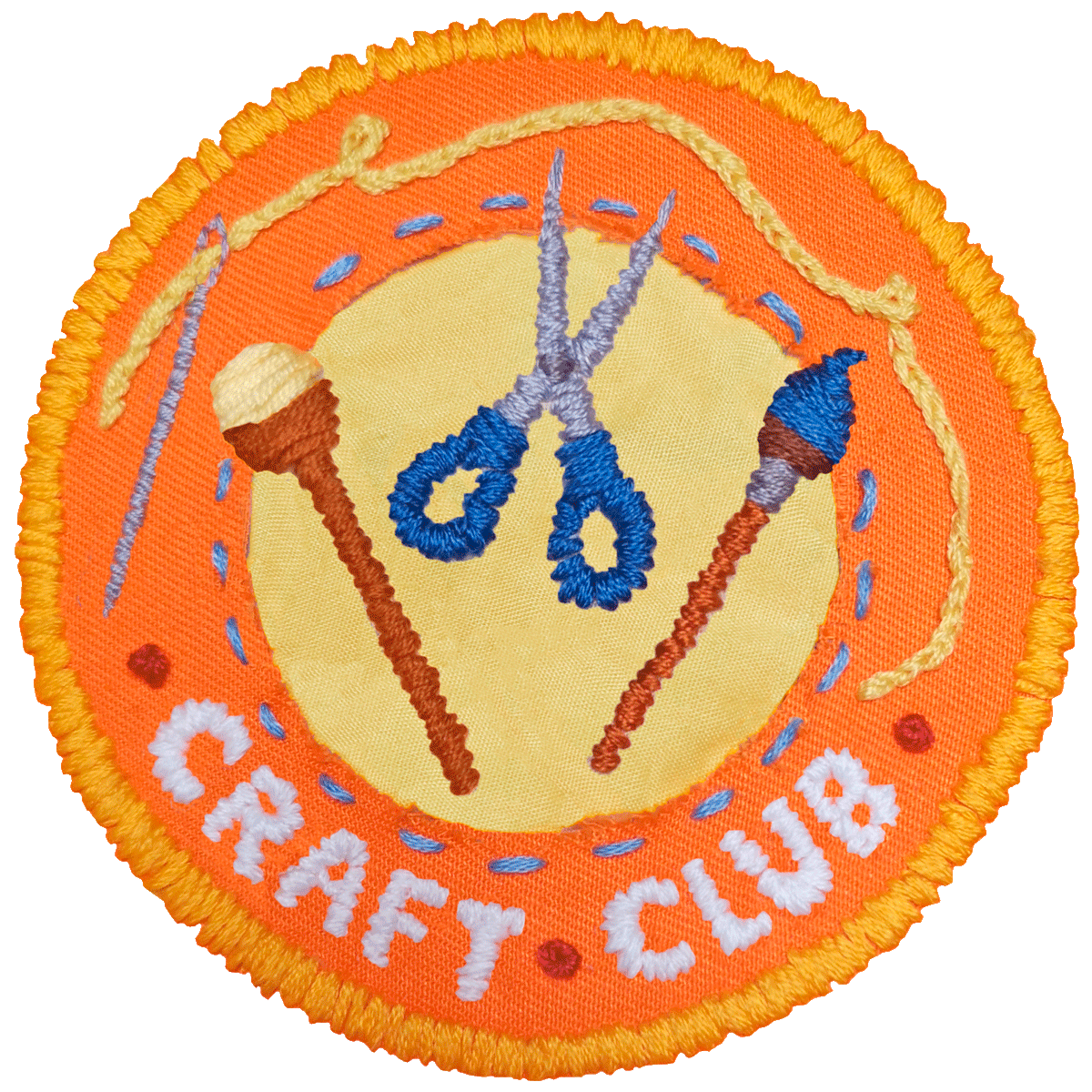 How to participate: Join our Facebook group and keep up to date on our upcoming crafts. If you make any of these projects, tag us on Instagram (@globeandmail) or Twitter (@globeandmail) and use the hashtag #globeCraftClub. 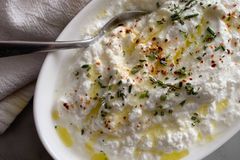 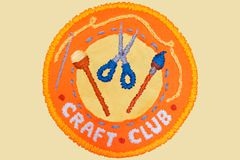 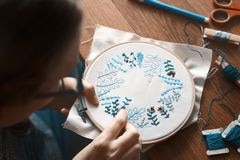