By now, it should come as no surprise that the Kardashian sisters are good businesswomen. Recently, the family’s youngest, Kylie Jenner, sold 51 per cent of her beauty empire to Coty for a cool US$600-million.

Meanwhile, Khloe Kardashian has been tackling size inclusion in the fashion industry with Good American, the denim and activewear line she launched in 2016 alongside co-founder, Emma Grede. The brand, which has since expanded to carry sleepwear and maternity pieces, offers each of its styles from size 0 to 24, and works only with stockists who commit to selling the complete range. In Canada, Sport Chek carries the brand’s leggings, bras and bodysuits at all of its locations and online.

Good American also regularly incorporates feedback from its fans in new styles, most notably creating a size 15 in its range after a number of 14 and 16 items were being returned. “The fashion industry is inherently sizeist,” Grede says. “It’s going to take a bit of an outsider to change that and I’ve been quite proud that we’ve been able to do that.”

Considering the success of this line, why do you think the fashion industry ignored size inclusivity for so long?

Emma Grede: For as quick as fashion is to change trends, it’s very slow at the heart of it. It just is a system, and that system has shut out half of the world for a really long time. When Khloe and I started talking about this brand, it was never about being this great thing that was going to champion plus sizes, it was about making clothes for everybody.

What are some ways you show consumers that it is inclusive?

Khloe Kardashian: We’ve always been really adamant about showcasing our clothing on three different fit models, so you’re not just seeing it on one body type and you get a better sense of how you might look in that garment.

How has social media helped you understand what consumers are looking for?

EG: The feedback is instantaneous, and you get it whether you ask for it or not. That was one of the things Khloe taught me very early on: to listen to those people. There’s a lot of value in those comments and when you have a real presence on social media, what you get back from those customers is invaluable. I always thought we were so lucky that we could go through Khloe’s DMs and get all this information that we could ultimately make business decisions out of.

Has the activewear evolved since you first launched?

KK: I’m still so proud of our first collection. I’m just way prouder of the evolution and the growth of it. You have to live in it to perfect it. I didn’t realize that there was such a hole in the market if you want to have cute maternity clothes or after-baby clothes. I just assumed there were so many brands in that market, or that the big brands just extend to maternity, but they don’t. I was shocked and disappointed because I still want to work out and look cute. That really excited me, that we were able to fill that void.

Body positivity is such a movement right now, but it can feel superficial if you’re not going to back it up.

EG: One of the biggest ways that we’re really serious about that is in the choice of wholesale partners. We can do what we want on our own site, but when we choose to go outside of that, it’s important to work with retailers that really support our mission and understand what we’re trying to do. Our biggest issue has been, “how many sizes are you willing to take?” Everybody wanted this collection but they wanted it in pieces, so when you find a retailer like Sport Chek who is willing to put their money where their mouth is, it’s a game changer for us.

As it expands, Canadian lingerie brand Knix will need to stay attuned to its customers’ desires Subscriber content
February 3, 2020 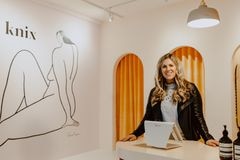 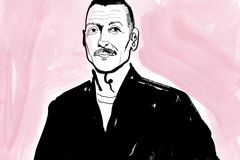 Opinion
When the price tag seems too good to be true, it might be – but not because of the cost
January 27, 2020 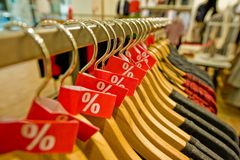