In early June, George Sully took action. The Canadian footwear designer wanted to do his part to support the rise of the Black Lives Matter movement, following George Floyd’s death under the knee of a Minnesota police officer, by helping to elevate fellow Black designers. So he created the Black Designers of Canada Association, a directory that debuted with a roster of 131 participants, including those in fashion, interiors and graphics, providing an interactive platform that highlights homegrown talent and provides tools to amplify designers.

“We need white Canada’s participation because [the system] wasn’t built for us, for our rise. We’ve always been given the perception that it’s equal for everybody. To get equal footing, we need equal participation,” he says. Sully expects BDoC to eventually expand to 300 members, further dismantling the long-touted excuse that Black Canadian designers don’t exist.

As we’ve seen with the push to shop sustainably, spending with intention and supporting BIPOC-run businesses can lead to meaningful change. That’s something owner of Sundance Harvest Farms, Cheyenne Sundance, has experienced herself. Since last month, as ally awareness has grown, the Toronto urban farmer and food activist’s Instagram following has blossomed to 20,000 from 2,000. “It has translated into selling more produce and selling out quickly. It has also helped with donations for my rural farm,” says Sundance, who is in the process of expanding operations and also runs several educational programs.

“More often than not, a BIPOC-owned brand has come about because something wasn’t serving them, it wasn’t there,” says Bunmi Adeoye, publicist and co-founder of Code Black Communicator Network, an initiative that supports Black communications professionals and has recently identified best practices to overcome anti-Black racism within the industry. “And if it’s not serving one person, it doesn’t mean that it’s just not serving the BIPOC community, it could serve a much wider community of people who don’t feel like they’re being seen,” she says.

Going further together remains a theme that rings through every opportunity to effect change, from retail offerings to media exposure and access to business funding. “With allyship, yes, you’re helping one group, but ultimately you’re enriching your life as well,” Adeoye says.

1. Take an integrated approach to spending

“Look where you commonly spend your money,” Sundance says, who sells organically grown produce weekly at Toronto’s Dufferin Grove Farmers’ Market. She suggests switching from shopping at a large chain store to a small local grocery owned by a racialized family. “If we had more income, that would help create more stability for our communities,” she says, “With anything you choose, those individual choices can make an impact on yourself too, because you’re going to have a relationship with people [you’re buying from].”

You’re only a Google search away from finding a directory of local Black-owned businesses, whether it’s the Black Business Initiative in Nova Scotia or blackownedmb.com, a Manitoba-based site. Education is a huge piece of active allyship work. “A lot of people [say] they didn’t know, so do that homework,” Sully says.

The shoppable element of Instagram makes it a prime spot to connect with Black-owned brands, Black artists, virtual events that support the Black community and more. Search for new-to-you accounts and ask friends who they’re following. “The algorithm is as strong and weird as ever,” says Adeoye, who has consistently sought out star-powered activists Tracee Ellis Ross and Naomi Campbell for introductions to fresh talent and thought leaders.

If you can’t buy, amplify, Sully says. Likes and reviews, reposting and tagging go a long way to support Black-owned businesses. “We all have platforms, and I think we forget that,” Adeoye says. “Even if you have 100 friends on Instagram, that’s a circle of 100 people you can share something you really love with,” she says.

5. Use your consumer sway to demand change

At the retail level, you can use your voice (and signature) to ask stores to stock and support Black-owned brands. Originating in the United States last month, and designed to reflect American demographics, the 15 Percent Pledge is the brainchild of Aurora James, creative director of the accessories brand Brother Vellies and recipient of the 2019 CAFA international Canadian designer award. The pledge calls on large multibrand retailers to take stock, ownership and action to achieve representation on shelves, and via supplier contracts, for Black and Indigenous businesses that equates to 15 per cent of a total operation. A Canadian campaign quickly followed, with Hudson’s Bay and Indigo answering the call to open up a dialogue. Visit 15percentpledge.ca to show your support and learn more. 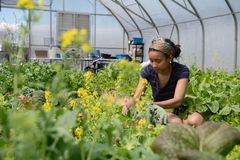 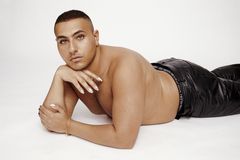 Shoe designer introducing Black Canadian fashion designer group
Subscriber content
June 9, 2020
Follow us on Twitter @globestyle Opens in a new window
Report an error Editorial code of conduct
Due to technical reasons, we have temporarily removed commenting from our articles. We hope to have this fixed soon. Thank you for your patience. If you are looking to give feedback on our new site, please send it along to feedback@globeandmail.com. If you want to write a letter to the editor, please forward to letters@globeandmail.com.
Comments