If there was one silver lining to this year’s catastrophic pandemic, it was the upending of the habits we followed on autopilot. With our usual fashion, beauty and wellness routines on pause, we opted to let go of the clothing, ideals and rituals that weren’t serving our emotional selves. Here’s what we left behind in 2020 and how we’re moving forward.

Fashion trends and seasons faded away

The late Karl Lagerfeld once said, “Sweatpants are a sign of defeat. You lost control of your life, so you bought some sweatpants.”

Well, we did all lose control of our lives this year, and a whole lot of us did buy sweatpants. American sweatsuit brand Entireworld, for instance, reported sales in March were up 662 per cent over the previous year.

Those averse to what’s been called “slob chic” turned to the nap dress, a cross between a nightgown and a peasant-style frock that evokes afternoons whiled away on a chaise lounge. And offering on-demand clothing made locally and meant to be worn at any everyday occasion, Vancouver’s Smash + Tess is leading what co-founder and CEO Ashley Freeborn calls the romper revolution. “It’s really about embracing our own sense of style and what that means to us, getting rid of the tight, ill-fitting clothes and really feeling amazing, looking amazing and just owning that,” she says.

Narrow ideas of beauty opened up

The internet bloomed with articles about women who’d grown out their greys or given up their mani-pedi appointments during quarantine and haven’t looked back. It signalled an overall rejection of prescriptive beauty standards that’s also being seen in advertising campaigns belonging to the likes of Gucci, which featured model Ellie Goldstein, who has Down Syndrome, in a beauty campaign.

“I think everybody, myself included, is just starting to realize that the notion of diversity is so, so wide,” says Gaby Bayona, the founder of Vancouver-based Stranger Agency, which specializes in casting models of diverse looks and backgrounds. “Initially, I was planning on Stranger to be a pretty small boutique agency, but for us to be taking a diversity standpoint, it’s impossible for us to be small just because there are so many different types of beauty out there,” she says.

Self-care actually focused on self

Self-care is often linked with one’s appearance, an outlook that sadly neglects the emotional and mental benefits of making time for your personal needs.

Saira Lakhani, the founder of Touch Massage Bar in Toronto, says that escaping the pressure of our pre-pandemic lifestyles has made room for personal reflection on the transformative potential of self-care. “Not many people were actually thinking about therapy for their body,” she says. “Now, with no more commuting and all of that, a lot of people have that time to really take care of themselves and think about how they feel and go inward.”

It’s an attitude shift that has resulted in an even greater popularity of items that foster feeling good, with management consulting firm McKinsey & Co. reporting a sales boom in self-care accoutrements such as candles and aromatherapy.

How do I choose a grooming gift for the stylish guy in my life?
Subscriber content
December 9, 2020 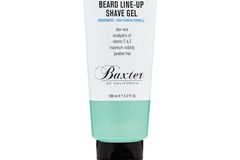 Creative director Reed Krakoff on the separation of luxury and formality, and the beauty of longevity
Subscriber content
December 4, 2020 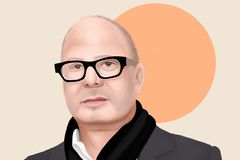 What beauty gifts can I get for the cool girl in my life?
Subscriber content
December 1, 2020 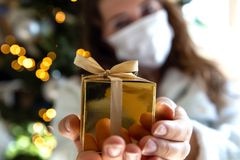