At the 1991 Cannes premiere of her documentary Truth or Dare, Madonna walked the red carpet in the voluminous folds of a pink silk evening cloak. Only once the singer reached the top of the theatre’s steps did she drop it and reveal her outfit: a gleaming white panty girdle and matching cone bra by Jean Paul Gaultier.

Today, exposed lingerie has evolved from titillation and provocation into athleisure and everyday attire, and the material girl’s once-dramatic reveal of underwear-as-outerwear has lost its power to shock. For spring 2021, trend reports are trumpeting “bra tops,” “lingerie dressing,” and “innerwear as outerwear” as an essential fashion moment for the masses.

Women who have eschewed wearing a bra with their work-from-home outfits over the past year may find it hard to embrace underwear dressing. But there’s no denying that the interest in off-duty comfort heightened by the pandemic has blurred the line between what we wear in public and private. After an initial pandemic slump, the intimate apparel category is steadily on the rise, according to industry trade publication WWD, and intimates brands are struggling to keep up with demand, especially for sports bras and comfortable panties. The category is one of the industry’s few winners, so is it any wonder designers and the celebrities that love them are embracing a state of dishabille?

Dua Lipa’s wardrobe of colourful lace brassieres may come straight from the actual underwear department but for most designers the new look arrives by way of athleisure and, in particular, the strappy supportive bra tops already familiar to yoga and spin enthusiasts. They’re at Alberta Ferretti and Altuzarra, in Versace’s remix of carnival brights that layers bralettes over long sleeves, and thick with sequins via Paco Rabanne and Balmain. At Miu Miu, toppers are worn over high-waisted tap pants and Sportmax’s jackets and dresses skim leotards and undies. Veronica Beard styles its knitted bikini tops with ready-to-wear. The juxtaposition conveys the feeling of someone headed into a Peloton session as soon as the Zoom meeting is over.

Boldly wearing unmentionables in public has a confrontational history that dates back to early women’s suffrage movements. Cultural historian Colleen Hill, author of the book Exposed: A History of Lingerie, and curator of fashion and accessories at the Museum at FIT, singles out the early 1980s as the last notable era of fashionable lingerie. Arriving a generation after second wave feminism’s rejection of the bra and during a fitness craze, the trend combined sensuality and strength, both inviting and rejecting the male gaze and pushing lingerie out of the realm of fetish into empowerment.

“The appearance of underwear-as-outerwear is a deliberately transgressive style, which emerged from the punk movement,” Hill says. According to her, it begins with the 1982 Nostalgia of Mud collection by Vivienne Westwood and Malcolm McLaren, which combined voluminous skirts and brown satin cone bras layered over hoodies. Cindy Sherman’s first fashion self-portrait series features the artist in a key look from Gaultier’s similarly groundbreaking 1983 Toy Boy collection, which likewise reinterpreted the vintage torpedo bra. The original constricting bras were the defining foundation garment of the 1950s, an era when women were expected to take on a traditional subservient, maternal, and domestic feminine role, while simultaneously being objects of desire. Gaultier adopted and exaggerated the spiral-seamed shape to weaponize female sexuality and challenge gender expectations.

At the end of the 1980s, Madonna famously wore the Gaultier cone bras for her Who’s That Girl and Blond Ambition world tours and the ubiquity of her dangling garters ushered the once-scandalous look into the mainstream. Soon, Azzedine Alaïa’s already body-conscious collections put retro corsets and briefs in gingham and leopard print front and centre. Chanel designer Karl Lagerfeld sent supermodels such Claudia Schiffer and Linda Evangelista down the runway in tweed ladies-who-lunch suits tweaked with matching bra tops. This look was recently reprised by Chanel, showcased by rapper Saweetie in her Best Friend music video and worn with Gen Z insouciance by actor Lily-Rose Depp.

The latest comeback arguably started with Khaite’s cashmere “bradigan,” the plush cashmere bra and matching cardigan set that’s become a classic thanks to actor and fan Katie Holmes. Now that bras and corsets have been normalized as outerwear, what feels transgressive about the bradigan is the sheer ease of a softly knitted bra that neither lifts nor separates. It’s the ultimate in conspicuous luxury and doubles as an audacious update to the prim and preppy sweater set. The bradigan has since been adopted by Hailey Bieber. Designer Jonathan Simkhai makes a cozy cable knit take while Jacquemus offers a mohair version with a shrunken cardi.

Vancouver’s TKC Design offers both racy bridal lingerie and colourful ready-to-wear bralettes that go with skirts and jackets. Following in the footsteps of other designers who have reinterpreted lingerie to add their voice to larger cultural conversations, its designer Taran Cheema created the pieces to help start a dialogue about the taboo against sexiness that persists, she says, for young desi women.

“Without foundations there can be no fashion,” Christian Dior once declared. The couturier was referring to the constricting corsets that made women’s bodies conform to the wasp-waisted New Look shape he was selling. Happily, we’ve now shrugged that off as easily as Madonna did her pink cloak.

I haven’t been to a waxing appointment in a while. How can I prepare for my return?
Subscriber content
February 25, 2021 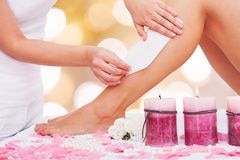 How should I apply a perfume oil versus my usual spritz?
Subscriber content
February 25, 2021 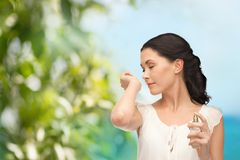 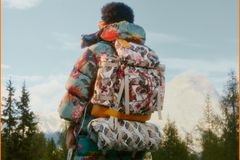