Health Canada recently issued a safety advisory urging Canadians to check over-the-counter topical skin-lightening product labels for the required drug identification number or natural product number – eight digits that indicate the serums and creams are authorized and safe. Any such products with mercury, for example, or containing more than 2 per cent of ingredients such as hydroquinone pose serious health risks and are illegal to sell in Canada.

This awareness advisory, and periodic seizures of the illegal cosmetics and skin-care products that make it into the country through grey market channels, comes on the heels of renewed efforts south of the border. Last November, environmental organization the Sierra Club and the Beautywell Project, a non-profit advocacy group aimed at embracing identity and culture and ending skin-lightening practices, successfully petitioned Amazon to remove the slew of deceptively labelled, toxic skin-lightening creams in its online marketplace. But it’s a temporary victory when the beauty industry’s underlying message is still insidiously white.

The toxicity of aspirational whiteness goes beyond these harmful ingredients, says Nikki Khanna, associate professor of sociology at the University of Vermont, because it deeply affects one’s mentality and self-esteem. Khanna is also the editor of Whiter, a new book of deeply personal essays by Asian-American women about their experience of skin-colour bias, or colourism.

“Colourism is not a word that many people have even heard,” Khanna says. “And I think it’s so ingrained in the culture that people don’t see it as wrong.” The term was coined by author Alice Walker in 1982 and refers to a spectrum of bias against darker skin within black, Latinx and Asian ethnic and racial groups. Though entwined with racism, it is different.

“There are billions of people on the planet affected by colourism – it’s global. Not every society values light skin, but most do,” says Khanna, who has also previously researched mixed-race identity and African-American colourism, but says it’s less well-known outside of Asian ethnic communities. Even within them, it’s not openly discussed.

That makes these essays all the braver. In one personal story, a young woman recalls how, as a child in the wake of 9/11, her mother lightened her hair out of fear. In another, a professional woman expresses dismay at her fellow South Asian family and friends who work to attain whiteness even in the online world by using lighter-skinned emojis to represent themselves in their digital lives.

In recent years the issue has surfaced in the West whenever more outrageous campaign commercials go viral in the outrage cycle – such as the one for a product called Snowz, a skin-whitening pill from Thailand that featured an Asian model in blackface, or the Vaseline India ad campaign urging men to lighten their Facebook profile picture to render themselves more eligible.

“Often we in the West think we’re divorced from the culture that puts that forward,” Khanna says, “but it’s in the communities here.”

The ethnic backgrounds of the women who contributed to Whiter are diverse, including Khmer American, Filipina American and Bangladeshi American as well as Taiwanese-Chinese American and Indo-Canadian. What comes through repeatedly in the 30 essays is how close to home colourism often is – how even in progressive households, colourist beliefs and burdens of cultural expectations are reinforced and passed down by the women closest to the writers. It’s conditioned and internalized through grandmothers, mothers, aunts and peers in Asian ethnic communities who comment on and reinforce the social significance of paler skin, gifting tubes of skin whitener and cultivating an extreme aversion to the sun that sometimes curtails physical exercise and other activities that take place outdoors.

The social commentary thriller Parasite nails this detail in the casting of the wealthy Mrs. Park, who has alabaster skin, contrasted with the ruddier complexion of the precariously poor Kim patriarch and his family, who con their way into the Parks’ home as servants.

Compare this to what Khanna cites as the “complete lack of brown-skinned Asians” in Crazy Rich Asians, a movie that has been criticized for erasure because it’s set among hyper-successful and extremely wealthy Asians who are all light skinned. “We can’t check every box for every film, but it’s certainly interesting in terms of how we privilege skin colour and what’s the ‘acceptable’ Asian,” she says.

Forever White, Whitelicious, White Light – many products link beauty and lightness right in the name, but it’s also in the positioning. In its own historical timeline India’s Fair & Lovely, the world’s first commercialized lightening cream, equates its effects with hope. The product is made by the Hindustan division of Dove’s parent company Unilever and is just one of many multinational companies who tout an inclusive beauty message in the West, while still advertising and selling whitening products in other parts of the world.

In the “Dark Out, White In” ad for Pond’s White Beauty, the tag line is “Increase your face value.” “It literally has a lightness meter on it,” Khanna points out, “and the idea is that the lighter you are, the more value your face has. The more value you have.”

Not only is it blatant, “it’s completely hypocritical,” Khanna says. “And it’s easy for Westerners to try and say, ‘Oh it’s just other [regional] companies doing that,’ but no, they’re from companies we use. Pond’s, Avon, Dove, Lancôme – it’s this complete juxtaposition of messaging happening.”

Activism in the Asian sub-continent has increased in recent years to challenge the hundreds, if not thousands, of years of social norms. Here in the West, policing ingredient compliance is a good starting point. But more important is challenging the beauty message that continues to put forward that light skin (and other Eurocentric traits) are the markers of beauty and femininity for women, and indicate higher social class, wealth and intelligence.

And that starts with conversation. Growing up in suburban Atlanta herself, “where I heard in passing, ‘It’s a shame she’s so dark, she’ll never get married,'” Khanna says there wasn’t much talking about it, certainly not like Whiter’s brutally honest essays. “I hope it reaches a lot of different people who will maybe see themselves in some of these stories.” 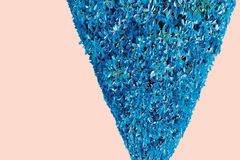 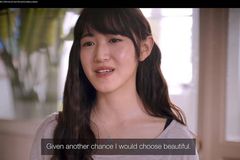 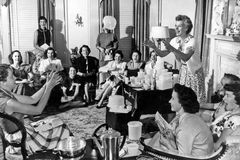