Exterior: Night. A gala in Shanghai. Actors Ni Ni, Ming Dao and Joan Chen adorn their outfits with Jaeger-LeCoultre watches as they glide along the red carpet into a black-tie banquet, where everyone inside vies for the opportunity to bid on a diamond-studded pièce unique. Camera flashes strobe off all the gemstone jewellery.

It could be a scene out of Crazy Rich Asians, but the gala, at June’s Shanghai Film Festival, was real. For nearly a decade, festival watchmaker Jaeger-LeCoultre has supported the restoration of classic Chinese films, including the epic A Spring River Flows East (1947), Two Stage Sisters (1964) and John Woo’s breakout Hong Kong crime film, A Better Tomorrow. The proceeds from the one-of-a-kind timepiece charity auction benefitted the luxury Swiss watchmaker’s film initiatives, while the star-studded gala media exposure benefitted the brand.

International luxury brands routinely support high-profile cultural art projects, and, lately, they’re thirsty for restorations – just ask Fendi (the Trevi Fountain) or Bulgari (the Spanish Steps). But mutually beneficial marketing means they have a vested interest in the particular largesse associated with the entertainment industry. And the unique intersection is costume, where both fashion and film create a narrative through cloth: Tell a story, sell a dress.

Mary Pickford, the industry’s first movie star, was a devoted client of Jeanne Lanvin, a designer who observed that “cinema renewed and enriched our inspiration by presenting, on innumerable screens, the living type of the modern woman.”

Dolce & Gabbana’s clothes are as influenced by Italian cinema auteurs Antonioni and Visconti as they are the glamorous milieu of “Hollywood on the Tiber,” as Rome’s Cinecitta scene hosting American stars was known in the 1960s. D&G not only sponsored the restoration of Fellini Satyricon, but the faded elegance of Luchino Visconti’s The Leopard inspired the label’s Alta Moda AW 2017 collection. The Leopard also gets a nod in the brand's own short film (a perfume commercial) set at a Sicilian estate made with Oscar winners Giuseppe Tornatore (directing), Ennio Morricone (score) and Sophia Loren (acting).

In 2011, Chanel creative director Karl Lagerfeld, with the elaborate set design of his spring runway presentation, mirrored Marienbad's baroque settings and referenced star Delphine Seyrig costumes in the clothes themselves.

The movie may again influence designers when a restoration funded by Chanel premieres at the Venice Film Festival before a theatrical rerelease this fall: As she drifts around a chateau, actor Seyrig wears an original wardrobe by Coco Chanel.

With the crisp contrasts of this new restoration, it’s easy to appreciate the sartorial details and sensual textures that captivated audiences in 1960. The mysterious mood of Last Year At Marienbad, with its fluttering little black dresses, kindled an interest in high fashion among even young audiences. Suddenly, black dominated the winter 1962 and 1963 collections and even Brigitte Bardot conscripted Chanel to make her duplicates of the dresses. The sensual chiffon, pleats and pearls accentuate Seyrig’s languid posture and poses, and stills of her feline features framed by the ruff of feathers of a Chanel negligée or sequined evening cloak, have become the enduring images of the film.

Chanel's designs for Marienbad were made with the benefit of experience from the last time couture was in danger of losing its authority to pop culture. Decades earlier, in 1930, producer Samuel Goldwyn had lured her to the United States with a much-publicized $1-million contract to design clothing for a few of his films. As a result, Chanel outfitted Gloria Swanson for Tonight or Never, as well as The Greeks Had a Word for Them’s gold-digging trio Ina Claire, Joan Blondell and Madge Evans.

According to scholar Michelle Finamore’s history of early fashion, Goldwyn understood the allure of costume for a female audience, thanks to time spent with impresario Florenz Ziegfeld. “Women went to movies to see how other women dressed,” he said. Television had yet to be introduced to American audiences, but he could have been talking about that, too, as Instagram accounts such as Every Outfit on Sex & the City (@everyoutfitonsatc) and What Alexis Wore (@whatalexiswore) obsessively document, there’s no shortage of interest in the designer clothing of fictional characters.

Goldwyn used the “advanced” fashions from French couture houses as a marketing tool, but Chanel herself acknowledged the value of indirect publicity that comes from creating “a special fashion for film.” In a La Revue du Cinéma interview at the time: “Until now, the cinema followed fashion, not through any fault of the artist, but through that of the directors, who either neglected the costume aspects or worked with second- or third-rate establishments.” That was 1931, and after she decried “costumey” women’s clothes, she declared that her work would teach Hollywood how to dress. No surprise then, that the characters in those movies, as with Marienbad, are dressed in her own image: black with white accents, gobs of costume jewellery and ropes of pearls.

Cynicism aside, sometimes the impulse to preserve motion picture history is as simple as cultivating an audience (and customers). When I spoke to director and designer Tom Ford about his 2016 film Nocturnal Animals, for example, he mentioned that Elio Petri’s The Tenth Victim, which had also previously inspired his SS 2015 collection, was a frequent touchstone. It was restored as part of the cultural philanthropy Ford initiated while at Gucci Group in the late 1990s; before that, the 1965 sci-fi fantasy was virtually unknown. The real goal may have been about making sure we’d all get the obscure reference in his designs. 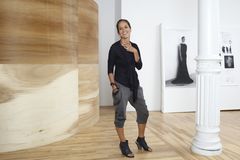 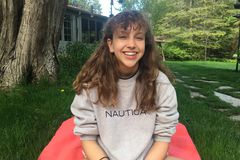 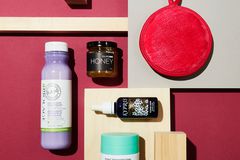