A few days after I turned 40, I went to a skateboard shop in Toronto hoping to recapture a piece of my youth. Two guys stood talking at the far end of a long counter in the otherwise empty store. One of them looked to be a few years older than me; the other was maybe half my age. They both looked at me like I was lost. The older one asked if he could help me with anything.

“I’m looking for a Vision Street Wear hip pack,” I said. (I refused to call them fanny packs as a teenager and still do.)

The younger guy looked at his co-worker, baffled. “It used to be a thing,” the older man said as diplomatically as possible.

That was two years ago. And, oh, how things have changed. Thanks to interest in all things 1990s, practicality and a design upgrade that has taken what was once fashion’s minivan (ugly, decidedly uncool, owned by lame parents) and turned it into high style, the fanny pack is having a moment.

When Supreme launched a belt bag in collaboration with Louis Vuitton in 2017, the skateboarding and street-culture clothing brand gave fanny packs new-found street cred. Versace, Burberry, Gucci, Nike and Saint Laurent, among many other brands, have all jumped on the trend, and in doing so rebranded fanny packs as “belt bags.”

“It’s just a different way of talking about it,” says Lisa Tant, styling sales director for Nordstrom Canada. “Fanny pack really does sound like it came from the eighties, doesn’t it?”

In 1988, when athletic wear had begun to cross over into street fashion, fanny packs were so popular that Adweek Magazine declared them “the hottest product of the year.” By the mid-1990s they had become ubiquitous, almost always either small leather numbers or in garish neon colours. They’ve been derided ever since, from Jerry’s classic burn on George on Seinfeld – “Looks like your belt is digesting a small animal” – to the Rock’s ridiculous photo of himself in a black turtleneck and small black-leather fanny pack, a photograph, it’s worth pointing out, that was taken in 1997. But, today, they’re enjoying a resurgence.

“Right now there’s a fascination with nineties nostalgic things,” says Nadia Pizzimenti, a Toronto-based fashion stylist. No matter how uncool something might once have been seen, if it came from the nineties, it’s popular again. “Even scrunchies are back in full force,” she says.

But belt bags aren’t retro kitsch or ironic throwback. They’re incredibly convenient, allowing you to keep all of your essentials – keys, wallet, phone, etc. – in one place without having to stuff your pockets or carry a purse, which explains much of their current popularity. “It’s super practical, and so people are looking at ways to make it more fashion-forward,” Tant says.

There are now belt bags to go along with every part of life, from the beach to the boardroom, for both men and women of all ages. For example, the luxury retailer Matches Fashion has nearly 200 styles available on its website. “We have leather options from Gucci and Prada that work brilliantly with tailoring,” says Damien Paul, head of men’s wear at Matches.

While some people still wear them around the waist, wearing it over the shoulder or across the body creates a relaxed look that complements just about any style of dress, Paul says. “I’ve seen them worn under oversized blazers or on top of big, baggy jumpers and they work really well,” he says.

Wearing them across the body also gives belt bags a prominence they wouldn’t have on your hip. “It’s a way to put your fashion style and your logo right up front,” Tant says.

When I bought a belt bag a few weeks ago, a light-brown canvas Ruyihuang bag with two zippered compartments, I wasn’t thinking at all about putting my style or logo up front. But wearing it tight to my chest proved to be much better than having it bouncing on my side. It was not only more comfortable, but could be slipped on and off more easily than having to fiddle with its clasp.

Did it feel nineties? Not at all. It felt secure and remarkably convenient. As someone who is always anxiously padding down my pockets to make sure I have all my things before leaving the house, having everything I need in one small, light, unobtrusive bag that I just had to throw over my shoulder was a welcome change. I’m already looking forward to wearing it in the summer, when the hands-free convenience and security will be even more appreciated at concerts and festivals.

Why the new look of womenswear is big, poufy – and powerful
Subscriber content
April 23, 2019 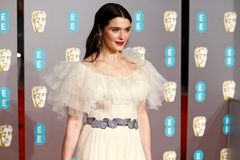 Facial care 101: How to add rollers, brushes and other tools to your skin-care routine
April 25, 2019 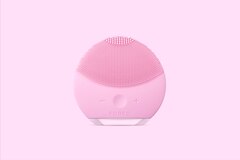 Too much is not enough: How camp’s over-the-top sense of style and society became popular culture’s driving force
Subscriber content
May 6, 2019 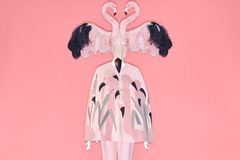