It‘s safe to say that skin care wouldn’t be where it is today without Deciem. The industry’s emphasis on transparency, vertical integration, fast-paced launches and ingredient sourcing can all be traced back to the Toronto company. Now, with more than 1,400 employees around the world and a US$1-billion investment from the Estée Lauder Companies, it is entering a new chapter led by co-founder and CEO Nicola Kilner.

With the tag line, “The abnormal beauty company,” Deciem has always prioritized shaking things up. Kilner took the reins as CEO in 2018 after leaving her job as a beauty buyer at the British drugstore chain Boots. She has focused most of her efforts on scaling the business to meet customer demand. “We’ve always been in a great position, thankfully, since the Ordinary launched that demand has always been ahead of supply,” she says. With that gap narrowing, Kilner is focused on coming up with new products such as Shop, a room fragrance with the same scent used in Deciem stores, and an upcoming collection for infants. Construction is also under way for a Toronto store that will be located in the same building as Deciem’s headquarters.

If you’re not familiar with Deciem, you have likely heard of Brandon Truaxe, the Iranian-Canadian computer scientist who founded the company in 2013. His dramatic business decisions (Truaxe let go of all of his U.S. staff in 2018), erratic social media posts on the company’s Instagram account and sudden death in 2019 all made international headlines.

Truaxe often expressed a high level of skepticism for his competitors (“I think the industry is a scam,” Truaxe proclaimed in a 2015 interview with The Globe and Mail) and, in its early days, Deciem had more in common with a tech startup than other beauty brands. It started by launching 10 brands at once, but it was its next addition, the Ordinary, that proved to be the unicorn its team was searching for. “The Ordinary was not launched to be a successful brand,” Kilner says, explaining that the modestly priced line was intended to make a statement about Deciem’s premium skin care line, Niod. “We wanted people to say, ‘Well, if this vitamin C serum in the Ordinary is $6, their $60 serum from Niod really must be outstanding.’” Instead, the Ordinary became a runaway success and net sales at Deciem for the 12 months ending Jan. 31 were approximately US$460-million.

“What Deciem has done is demystified the industry,” says Shelley Rozenwald Baker, who brought Deciem to Hudson’s Bay in 2015 while she was the department store’s senior vice-president. She credits Deciem’s success to having guts. “Information is power and, giving it to that consumer, I think they were really right on the mark.” Despite all of its ups and downs, Rozenwald Baker says she’s not surprised that Deciem has come out on top both in the eyes of its customers and a legacy industry player such as Estée Lauder. “With Estée Lauder buying them, they will have their autonomy, which is key,” she says. “They will not change their DNA.”

Deciem’s audience, an extremely loyal and active group of fans that refers to themselves as #deciemaddicts on social media, credits the company with changing the beauty conversation. “We have so much more knowledge of skin care and ingredients because of the Ordinary,” says Jo Ingram, the founder of the Deciem Chatroom and the Ordinary & Deciem Chat Room Facebook Group, which now has more than 200,000 members. “Deciem was the first company I knew of that was open, transparent, spoke directly to their customers online and simply took the time to like people’s posts on Instagram.” The Ordinary’s Natural Moisturizing Factors + HA and 100% Plant-Derived Squalane are products she says she can’t live without. “I feel like a traitor if I use anything other than Deciem.”

Two years ago, Deciem opened its Toronto headquarters, a 70,000-square-foot space in Liberty Village that’s still undergoing some finishing touches including its retail space. “The vision was really to have this place where everyone would come and could really just feel that energy,” Kilner says. Designing the facility has been done on the watch of Deciem creative director Jason Santos. “When Brandon had tasked me to create the space, he simply said, ‘Jason, make a home,’” Santos says.

Estée Lauder Companies plans to fully acquire the company in 2024 but Kilner plans to remain at the helm. “I think we’re lucky that so many of that founding original team are still within the business,” Kilner says of a group which includes herself, Santos and chief scientific officer Prudvi Kaka. “Ultimately, I think the changes we have seen have definitely been for the better of the industry.” 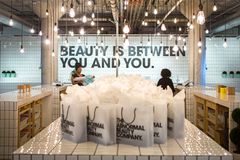 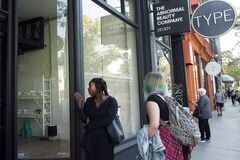 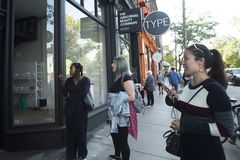