The scene around Place Vendôme during Paris haute couture week in July can only be described as over-the-top.

At the Ritz, Danielle Steel, the blockbuster romance novelist and loyal couture client, passes time between shows at a table in the centre of the bar, where Hollywood stylists and glossy magazine editors stop by to offer air kisses before returning to their red velvet booths and €50 club sandwiches. Outside, an endless motorcade of black sedans drop off their gilded passengers in front of the heavily guarded bauble shops that circle the bronze Vendôme column and its crowning statue of Napoleon Bonaparte. Perhaps most conspicuously, a few of the ever-growing glut of style influencers have claimed a patch of the square’s pavement to pose for their next Instagram posts; the biggest selfie production is for an apparently Internet-famous beagle, who lounges nonchalantly on her dog bed surrounded by a sizable crew.

High above it all, however, is a scene so luxe and discrete that it makes the preening in the plaza seem almost down-to-earth. In the attic of the Chanel boutique at number 18, is the company’s jewellery atelier. It’s here, at a small number of wood-topped workbenches, that a young team of craftspeople piece together the show-stopping bijoux that make up its haute joaillerie collection. If the world of haute couture runways is rarefied (Chanel presented its Fall 2018 collection via two back-to-back shows for a well-edited audience of around 1,000 guests), the upper echelon of jewellery consumption is even more exclusive. For the brand, its twice-yearly collection plays an important role stoking its deepest-pocketed customers’ sense of desire.

Today in the atelier, an artisan named Charlotte is working on a wax sculpture of a lyrical leaf that may become the basis for a brooch – or something else entirely. A collection can take over two years to be finalized and it’s still early days for this particular piece of foliage. Her colleague Luc is cutting out the silhouettes of precious stones that will become part of a choker-cum-tiara. And Pablo, the studio’s veteran craftsperson with 35 years under his belt, is creating delicate prongs for a necklace that will hold a diamond the size of a strawberry. There are also polishing and casting stations and an ultrasound machine and 3-D printer locked up in a small closet down the hallway, which the team insists are just here to help the creative process along. Every sparkly setting is still, in fact, made and embellished by hand.

“To have our own workshop is very important, and really helps us to be able to make pieces we wouldn’t otherwise be able to do,” says Marianne Etchebarne, Chanel’s global head of watches and fine jewellery marketing, media and clients. The studio, she says, supports a level of craftsmanship that takes time, including six months of design and thousands of hours in the atelier. “The [Chanel] fashion team looks at me like I’m a crazy girl. Fashion is fast moving. It’s ephemeral. This is not ephemeral.”

As the fashion crowd criss-crosses the city to take in presentations at its ornate galleries, gardens and hôtel particuliers, Etchebarne is spending the week in a quiet corner of the Grand Palais for the unveiling of its latest high jewellery line. The collection is called Coromandel after the ornate, antique screens that fill Coco Chanel’s apartment on Rue Cambon, which served as inspiration for the 59-piece line, including 24 one-of-a-kind pieces.

After passing through a fog of cold mist, visiting couture clients and jewellery connoiseurs who eschew custom clothes in favour of more glittering investments, tour vignettes that highlight the line’s three inspiration points. First is flowers, including that Chanel standard, the camellia, but, Etchebarne emphasizes, rendered as rings and pendants in two dimensions rather than the usual three. Next is animals, including a pair of gold bird earrings with yellow diamonds dropping to the nape of the neck. Finally is minerals that take the form of fantastical landscape scenes graphically inlaid using lacquer and motherof-pearl into bracelets and earrings.

The collection’s showstopper is a doublesided, articulated bracelet that, standing up on its side on a rotating table in the exhibition space, is the most literal expression of a room screen on display. For Etchebarne and the atelier, it was a technical feat to create a reversible piece with a svelte profile.

Such innovation is an example of how the team finds inspiration in Chanel’s extensive history without getting stuck reissuing old ideas. “We are not closed in our past…in our historic pieces,” says Etchebarne. Instead, she says, they focus on surprising customers, who happen to mostly be women shopping for themselves. “They love the unexpected,” she says. “They don’t need this. So it’s purely an emotional pleasure – a projection of the way you feel.”

Andrew Sardone travelled to Paris as a guest of Chanel. The company did not review or approve this article prior to publication. 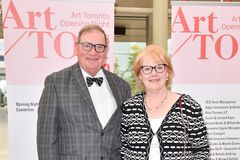 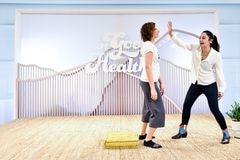 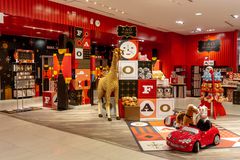