Is downsizing the next big trend in weddings? Micro ceremonies and celebrations have been popping up across the country. And while smaller-scale festivities aren’t necessarily new, pop-up weddings offer fresh approach with all-in-one packages that are designed to be quick, economical and intimate.

“I was getting more and more calls from people who wanted to either elope or do something really small, but they didn’t want to just go to the courthouse,” says wedding officiant Sarah Anderson of Wolfville, N.S., who launched East Coast Pop Up Weddings in 2018. “[Couples] still wanted photography and flowers, or they had a spot that was really meaningful to them and they wanted to get married there. It just seemed like this natural jump to offer these little pop-up weddings.” Serving from two to 18 guests, Anderson delivers tiny weddings across Nova Scotia and Prince Edward Island on her wedding bicycle, a cargo bike perfectly suited to packing the essentials for a small wedding.

“The bike fits everything inside of it, it can be your cake table, you can stuff it with champagne, or beer, you can pop the lid off and shuck oysters over it,” she says. Anderson serves as the couple’s officiant and provides clients with a photographer and, depending on the package, cake, flowers and champagne.

With the average wedding in Canada costing more than $30,000, the financial reasons for intimate alternative weddings are obvious. Pop-up wedding packages start at less than $1,000 and couples get the opportunity to have a more customized ceremony and venue, a photographer and other elements such as cake or champagne, without needing a bank loan. The happy couple only need bring themselves and a marriage licence, along with a guest list that typically ranges from two to 30, though can go as high as 80.

Andrew Pickup and Hannah Giffin, twentysomethings who married in August, named student loans as their primary factor for having a pop-up wedding, which took the form of a backyard barbecue at their home in Lower Sackville, N.S. “It just didn’t make financial sense for us to put that amount of money toward a wedding when we still have important financial goals to pay off student loans,” Pickup said.

But there are other motivators, too. Calgary planner Kristy Kivia, who runs Black Licorice Weddings, notes that many couples she plans weddings for are people who’ve been together for a decade or more – those who’ve “been together so long, [they’re] feeling that [they] don’t need the big traditional wedding.”

Joanne Braithwaite was married in March with a ceremony and dinner for 30 guests at the University Women’s Club of Vancouver’s heritage Hycroft Mansion. “I didn’t want a big wedding. I’m 55 years old and my husband is 28 years older than me and a big wedding didn’t suit us,” she says.

“The typical wedding you’re doing with your family and friends, you’re doing a lot of what the family wants and expects of you,” says Tracey Manailescu of the Wedding Planners Institute of Canada. She likens pop ups to the packages offered for many destination weddings. “You have your 20-minute ceremony, you’re having your champagne toast with friends and family, you’re having small hors d’oeuvres, you’re having the photographer take you around for 45 minutes. You’re still getting all that good stuff and another really good thing is you’re saving big money.”

According to Weddingbells magazine, the average Canadian engagement is just less than two years, but the prep time for a pop-up ceremony averages two to six months and many planners say they can manage to pull off weddings in a week when necessary.

The approach is also convenient for couples without many connections in their city, or whose families live abroad. Planner MJ Ankenman of Vancouver’s Going to the Chapel, for example, says she often works with couples where one or both of the partners recently moved to Canada.

A pop-up wedding draws attention back to the ceremony, rather than a lavish reception, Ankenman says. “You don’t have to rent out a huge hall, you don’t have to go do a ballroom at a hotel and get into those huge expenses, and that helps people keep the costs down. It becomes a big thing entertaining everybody and providing everybody with a meal instead of focusing on why you’re there, which is the actual ceremony.” 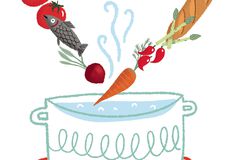 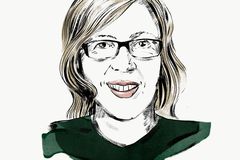