Last spring, at an auction in New York, a tech entrepreneur named Richard Ma spent US$9,500 on a dress for his wife, Mary. It was a pretty thing – white, almost translucent, with swirls of colour – but it was not a Dior, a Gucci or a Prada. In fact, it didn’t really even exist.

The garment, dubbed the “Iridescence” dress and developed by a company in Vancouver called Dapper Labs alongside Dutch digital fashion house the Fabricant and Instagram filter designer Johanna Jaskowska, is completely virtual. Creating it was part of an ongoing experiment to gauge how consumers respond to the prospect of purchasing things they’ll never be able to get their hands on. A year earlier, at the same event, the blockchain-focused Ethereal Summit, Dapper Labs made headlines with the US$140,000 sale of one of its CryptoKitties, pets that have been called “digital Beanie Babies.” With the Ma dress, the company wanted to see if the world is ready for digital haute couture.

Ma, a San Francisco-based businessman, told the press he purchased the gown to own a piece of history. “In a decade,” he told Smithsonian Magazine, “everyone will be wearing digital fashion.”

Whether that is true or not remains to be seen, but Dapper Labs isn’t the only company testing the concept. Established luxury houses, ambitious startups and the booming e-sports gaming industry are all pushing virtual clothing into fashion’s reality.

“In some ways, Dapper’s dress was a coming-out party for digital couture,” says Qasim Mohammad, the innovation adviser for the Canadian Arts and Fashion Awards. "The million-dollar question now is where it will go from here?”

“The concept of ownership is changing and the dress did get people asking, ‘Does ownership have to be something that hangs in your closet,'” he says. “Or can it be the ability to project the image of yourself onto something – like Instagram, TikTok, Facebook or any other social media platform.”

In case you are still trying to wrap your head around what a virtual garment is, it goes something like this. You buy a virtually augmented outfit online and send in a photo of yourself so the garment can be digitally “tailored” to your body. Then you get the photo back and post it wherever you want.

Mary Ma, for example, shared images of herself wearing the cape-like gown on a city rooftop and in a lush backyard.

Mohammad says the digital clothing concept makes the most sense for people heavily invested in the online world: gamers, social media influencers and anyone interested in buying a futuristic novelty item that will make their online persona even more unique.

“There is definitely a cool factor here,” Mohammad says. It’s the same cachet, he adds, that made fashionable “skins” (outfits that online gamers purchase for their avatars) such a hit in games such as League of Legends, Fortnite and The Sims.

The gaming world has been a popular testing ground for established fashion brands to experiment with the possibilities of virtual garments. Louis Vuitton’s creative director, Nicolas Ghesquière, has created limited-edition LV “prestige skins” for League of Legend’s star players Qiyana and Senna. In December, he also unveiled a capsule line, the LVxLOL Collection, that is branded with both Louis Vuitton and League symbols, characters and logos. A zip-up hoodie sells for US$3,100. It is real and made of 100 per cent cotton.

All of these collaborations have had success styling computer-generated characters in clothes. What is unique about the Ma dress is it got people talking about the profit potential of digital fashion worn by real people through their social-media feeds.

“The business model is based on the notion that people will buy these digital files to augment their digital world,” says Caron Phinney, an assistant professor at Ryerson University’s School of Fashion in Toronto. “The first wave was gaming. The next wave is digital fashion online. In the short term, the market that makes the most sense is influencers, who are judged by their posts and will spend money on outfits they can easily swap out of three or four times a day in the pursuit of image building and branding, at a fraction of the cost they would pay in the store.”

That is what a Norwegian retail chain, Carlings, was counting on when it became one of the first to offer skins. In late 2018, it launched a 19-piece digital clothing capsule called Neo-Ex that ranged in price from US$11 to US$33. The company used the campaign for two purposes; first, to make people curious and drive customers to its stores where they would, hopefully, buy the real versions of the virtual apparel at a higher price; and second, to address waste in the fashion industry.

Carlings’ marketing described the virtual line as “completely without negative environmental impact,” a swipe at the real cost of fast fashion. The message struck a chord. Carlings took home the Grand Prix in Digital Craft at the Cannes Lions International Festival of Creativity last June for its “Address the Future” campaign.

The Fabricant, the designer behind the Ma dress, also has a digital collection on its website. The pieces, however, are free. “We do it strictly to build awareness,” Kerry Murphy, the company’s founder, says. “The majority of people who download it are proficient with 3-D software and can blend the items with their own picture.”

“Where we make our money is in creating augmented reality solutions, products and services that help [fashion brands] with marketing and sales,” he says. “We create virtual catalogues for companies such as Italy’s Napapijri, or design digital samples for brands such as New York-based Tommy Hilfiger and Japanese streetwear brand AAPE+.”

From a practical standpoint, Murphy says digital fashion allows brands to cut down on the waste of making multiple sample garments as designers develop a new style and allows the labels to send prototypes to influencers who will likely only want to be seen in the piece once. The main hurdle for mainstream success is getting average consumers to think of digital clothing as real enough to buy.

“I understand some people find the whole notion of digital fashion gimmicky,” Murphy says. “I also understand they have a hard time assigning value to something they can’t feel or touch.”

“Our interest is to increase accessibility to a whole range of digital products, including fashion,” Roham Gharegozlou, the founder of Dapper Labs, says. “The thing that gets us most excited is the potential to democratize fashion so that a kid in Pakistan can design a digital dress and a kid in Botswana can model it.”

“It’s a new evolving market," he says. "The line between the real and virtual is becoming increasingly blurred.”

How a style consultation can help reinvigorate your wardrobe
Subscriber content
December 8, 2019 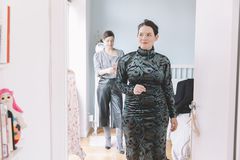 How fashion has changed in the decade since The September Issue
Subscriber content
September 10, 2019 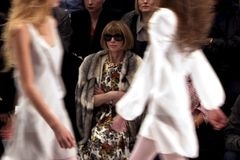 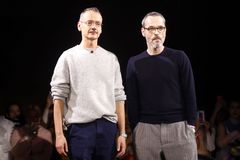