On a sunny September day on the River Thames, a yacht cuts across the eyeline of spectators gathered on a nearby dock. Its sails boast the Hugo Boss logo and a graphic treatment featuring strokes in a lively pink hue. The vessel is commanding, sleek and, truly, one-of-a-kind.

Christened to much fanfare later that evening (model and actress Poppy Delevingne did the bottle-popping honours), the Hugo Boss IMOCA yacht features innovations not seen on other crafts of its class, but details destined to become commonplace as the sport evolves to be more eco-conscious. It’s the seventh vessel to have the German fashion brand’s name, and is a purpose-built boat that its crew is hoping will win the 2020-21 Vendée Globe race, a worldwide non-stop solo mission spanning 45,000 kilometres that is scheduled to begin this fall.

British yachtsman Alex Thomson, who started his partnership with the Boss brand in 2003, will take up the task of guiding its new 60ft-long boat to Vendée Globe glory. With his cheeky grin and infectious enthusiasm, it’s hard to tell if Thomson is nervous about the prospect while he points out the key features of the craft as it drifts out into the middle of London. The boat’s most notable elements include a moveable keel, technology from Nokia Bell Labs that lets Thomson see what’s happening above deck while he works below, and custom solar panelling. “I’m really excited to go around the world without fossil fuels,” he says.

In an age of heightened human impact awareness, this thoughtful measure will surely impress novice onlookers and those watching from within the racing industry. The use of solar energy is becoming de rigueur as people in the racing community place a greater consideration on how to spare the sea and air around them while they compete. Another sailor poised to participate in the Vendée Globe, Alexia Barrier, will be racing to increase awareness of the non-profit she founded in 2009, 4myplanet. The organization is focused on ocean preservation.

The creation of the Hugo Boss, which cost a cool US$7.7-million, came together in a partnership between Thomson, the design manager of his racing team, Pete Hobson, naval architecture firm VPLP and famed builders Carrington Boats Ltd. When speaking about the boat’s solar panels, Tara Troussier, project engineer at Carrington Boats, says they were integral to the way its functionality was conceived. “I think it’s more and more common,” she says about the use of energy from the sun to power these crafts. “But the particularities of the Hugo Boss was that it was part of the design. Normally [one would] build a boat, and then try to fit solar panels where they could. On this boat, it was known from quite early on that half the deck would be covered in solar panels, so we had to find a solution of integrating them into the structure of the boat and the electric system.”

Speaking of electric, the bright pops of pink that make the Hugo Boss impossible to miss are found not only on the sails but across the deck, on the keel and the rudders. This vibrant addition was proposed by Canadian industrial designer Karim Rashid, who gave the boat its brand identity. His participation in the project may be slightly unexpected – this was his first time working on a yacht – but Rashid’s reverence for innovation helped make the collaboration successful. “For me, design and technology are inseparable,” he says. “This boat is the perfect example of that; it’s all about new technology. We have solar panels, the carbon fibre – everything about it.”

Rashid admits he was briefly nervous when he first signed up for the project, but his trepidation faded after meeting Thomsom. “He talked so passionately,” Rashid says. “About what he does – and what he needs.” 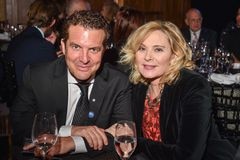 Fall 2020 fashion week revealed that despite worldly concerns, the shows must go on
Subscriber content
March 5, 2020 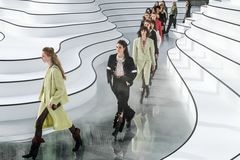 It’s time to put a stop to toxic skin products that foster the idea that fairer skin is most attractive
Subscriber content
March 9, 2020 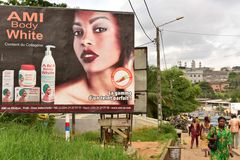