The Hudson’s Bay is taking a trip down memory lane with the launch of the Nostalgia Project, a series of cross-Canada pop-up spaces devoted to all things 1990s. Featuring men’s wear, women’s wear, footwear, accessories and cosmetics selected from more than 60 brands, it’s a celebration of the era that launched fashion moments such as the boy band and the fly girl.

To immerse shoppers in a 1990s experience, the pop-up shops were designed using 1990s store fixtures including tiered wire-mesh shelving and floor-to-ceiling wall decals. Mannequins sport hairstyles popular during the era, while Saturdays in March will feature DJs playing retro music. Expanding the overall experience is an Instagram and Snapchat video campaign inspired by a 90s music video.

The project features the debut clothing collection from Capsule 98, a website, podcast and Instagram account founded by The Globe and Mail contributor Randi Bergman. For the Nostalgia Project, Bergman collaborated on a line inspired by costumes in 1990s films. Italian streetwear brand GCDS has partnered with classics including Hello Kitty and Care Bears on unique fashion items. The rest of the pop up’s clothing and accessories includes similar throwbacks such as hair scrunchies and acrylic clips, Champion sneakers, baby doll dresses and Lip Smacker chapsticks.

The Nostalgia Project is on now at Hudson’s Bay’s Yorkdale, Sherway Gardens and Queen Street in Toronto, Montreal Downtown and Vancouver Downtown, thebay.com.

Two new collaborations hit stores on March 12. At Aldo, find the Aldo x Tezza Festival Collection, a footwear capsule collection created between the Canadian footwear company and influencer Tezza Barton. For this capsule, Barton has put her spin on Aldo’s Drerissa, a western-inspired boot. And at H&M, this week saw the release of the second part of its Johanna Ortiz x H&M collection. Ortiz is a Colombian designer known for her floral prints and glamorous silhouettes that have been worn by the likes of Michelle Obama and Lady Gaga. This collection include dresses, tops and swimwear.

Urban Barn, which opened its first store in Vancouver in 1990, has partnered with Victoria-based artist Andrea Soos on a new visual project. The artist, whose work inspired the Canadian furniture and homewares store’s rebrand, employs unique patterning and colour schemes in her work and is the subject of a new home decor collection exclusive to Urban Barn. Her creative process is inspired by music and lyrics. The collection is available in Urban Barn stores across Canada. For more information, visit urbanbarn.com.

Now until April 30, RW&Co. stores across the country are accepting shoebox gifts for the Shoebox Project, a registered Canadian charity that collects and distributes gift-filled shoeboxes to women at risk of homelessness in Canada and the United States. These shoeboxes will be given to shelters and programs that serve the stores’ local communities. Throughout the season, RW&Co. ambassadors Tessa Virtue, Karine Vanasse and Ashley Callingbull will each be donating a portion of their campaign proceeds to the Shoebox Project. Customers who drop off shoeboxes will be offered 10 per cent off their next purchase. For more information, visit rw-co.com.

Montreal-based scarf brand Niminimi has released a new design honouring murdered and missing women of the world, as well as women who have been the victims of gender-based violence. Founder and designer Nimi Nanji Simard’s Can You See Me Now? scarf design uses motifs to raise awareness, including a red dress throughout the design that represents the Indigenous women who have disappeared on the Highway of Tears. Committed to supporting causes that are important to its clients, Niminim donates 20 per cent of online sales to a charity of the client’s choice. For more information, visit niminimi.ca. 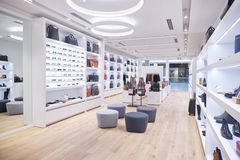 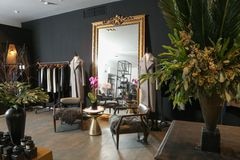 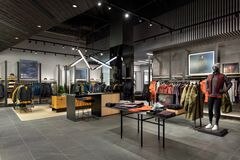