Just shy of its 10th year in business, Outclass has set up shop in a spacious new location on Toronto’s Roncesvalles Avenue. This move from a previous storefront in Little Italy has been a long-time dream for partners Matteo Sgaramella, creator and designer, and director of operations Rebecca Sarracini, and offers Outclass a unique position as the sole dedicated men’s wear boutique in the close-knit neighbourhood. “We wanted to keep it really simple, let the clothes shine, make sure it feels really warm and welcoming but also clean and aesthetically pleasing,” Sgaramella says. To that end, the duo tapped the expertise of MSDS, a local design studio, that incorporated a Scandinavian-inspired minimalist palette complete with touches of natural oak and ash wood.

When creating his clothing designs, Sgaramella turns to his Italian heritage, sticking to a pared-down, timeless aesthetic over chasing the latest fads. “What people are wearing and the way people present themselves in Italy is so different from Canada. I always try and bring a little bit of that back here,” he says. With the exception of their Italian footwear, the entire Outclass line is manufactured within a 20-kilometre radius of the boutique. Fabrics are sourced locally or in Europe. “We’ve definitely noticed a huge shift in the last three years in terms of people being prepared to spend a little bit more on made in Canada,” Sgaramella says. “They like that they can trace where it comes from.”

Oakville, Ont., chef Rafael Covarrubias was recently announced as the winner of the North American San Pellegrino Young Chef Competition. Executive chef at Hexagon Restaurant and 7 Enoteca, Covarrubias presented his winning dish, mole spiced Muscovy duck with preserved prune and winter roots, which reflects his background as a Mexican living in Canada. Selected from a group of 10 young chefs from across the continent by a panel of judges, Covarrubias will travel in May to represent North American chefs at the global competition for San Pellegrino Best Young Chef 2019-2020.

Club Monaco has two new offerings out this month. First, it’s partnered with fellow Canadian-founded brand the Ordinary for a series of limited-time pop-up shops. Until the end of January, shoppers at Club Monaco’s Robson Street in Vancouver and Bloor Street in Toronto stores can find an assortment of products from ingredient-focused skin-care brand the Ordinary. And for this year’s Heritage Crest collection, Club Monaco will be reviving its original 1985 logo on a baseball cap, sweatpants and hoodie, in addition to previous styles that include a T-shirt and crew-neck sweatshirt. For more information, visit clubmonaco.com.

Mississauga is getting festive this weekend with the Seasons Christmas Show. From Nov. 22 to 24 at the International Centre, this market brings together artisans, food makers and craft enthusiasts for a weekend of holiday festivities. Nearly 100 artisans will be taking part in the Makeful Market, which will be held alongside crafting lessons at the Makeful Workshops. Highlights on the event’s main stage include trend forecasting expert Lynn Spence, florist Kate Seaver and chef Jo Lusted. Plus, expect daily cameos and photo ops from Santa. For more information and to purchase tickets, visit seasonschristmasshow.tix123.com.

Toronto’s Yorkville neighbourhood is hosting two pop-ups ahead of the holidays. For the remainder of the year, find Canadian footwear and handbag brand Zvelle (zvelle.com) at the Yorkville Village shopping centre. To commemorate this limited-time shop, Zvelle has created a #GlobalCitizenry T-shirt, with a portion of profits going to the Crossroads Clinic, a refugee health centre, at the Women’s College Hospital. And Couple (couple.co) has brought its lab-grown diamonds to a temporary shop at 131 Bloor St. W. From now until the end of February, visitors can experience Couple’s engagement rings, wedding bands and jewellery. 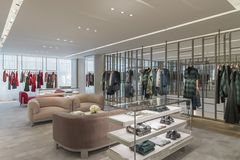 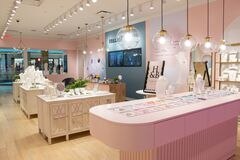 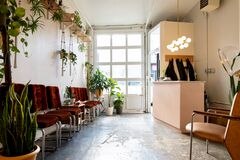