A classic wristwatch may seem quaint at the cusp of the 2020s, but it’s a functional accessory that’s making a more impactful statement than ever as evidenced by the success of Daniel Wellington. Founded in 2011, the Swedish watch brand takes a modern approach to its timepieces, combining a major presence on social media with an old-school product. “We are one of the leading brands in the industry when it comes to influencer marketing,” says John Ehrnst, Daniel Wellington’s executive director Americas.

Now, its digital and wholesale success is being translated into physical retail stores, including the first in Canada. Located in the Montreal suburb of Laval, the store occupies a busy space at the CF Carrefour Laval shopping centre. Here, customers can find the full selection of Daniel Wellington wares, including rings, bracelets and, of course, watches. “A lot of brands mistakenly view Canada as an afterthought,” Ehrnst of says the company’s decision to open here. “We feel that by making Canada a priority, we are harnessing our organic high brand awareness and focusing on a market that is full of possibility.”

For Ehrnst, wearing a wristwatch is about much more than telling the time. “How many times have you checked your phone for the time at dinner with family or when you are out with friends and been distracted by a notification from Instagram, a message, a news alert? Wearing a wristwatch allows you to remain in the moment.” Wearing a watch just might be the perfect resolution to start the new decade.

Nordstrom’s latest installation of its New Concepts series, Concept 007: Beams, has popped up at Vancouver’s Nordstrom Pacific Centre until Jan. 5. This pop-up includes a full representation of the Japanese brand including everything from knitwear to sake sets and other home goods such as lucky cat charm dolls and ceramic cartoon mugs. It also features collaborations between Beams and Japanese artists and designers such as Orslow, Koji Yamaguchi and Naijel Graph as well as American brands Brooks Brothers, Polo Ralph Lauren and more. For more information, visit Nordstrom.com/NewConcepts.

Canadian jewellery and timepiece destination Maison Birks has upped its online offerings. As part of this expansion, the maisonbirks.com collections now include pieces from jewellery brands Chaumet and Messika, both of which are Canadian exclusives, as well as Dinh Van, Marco Bicego, Roberto Coin and Yoko London. Timepiece collections include Baume & Mercier, Frederique Constant, Longines, Montblanc and more. The website is also the official e-commerce partner for Cartier timepieces in Canada. Currently, there are 2,400 pieces available online with an additional catalogue of in-store selections from Van Cleef & Arpels, Vhernier and Rolex to peruse. For more information, visit maisonbirks.com.

A new swimwear line for men has recently launched in Canada. Based in Toronto, Copper Bottom Swim is named after the 18th-century term “copper-bottomed,” which was used to describe ships that were fitted with copper plates on the outside of their hulls and became synonymous with trustworthiness. When creating the line, founder Mercedes Prevost was inspired by her grandfather’s annual canoe trips in Ontario’s Algonquin Park. The colourful, modern styles, available in a mid-thigh trunk and a classic swim brief, are made in Europe using fabrics sourced from Italy, France and Spain, as well as Econyl, a regenerated nylon made from waste. 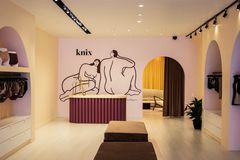 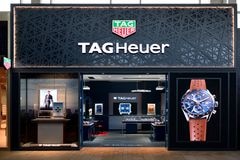 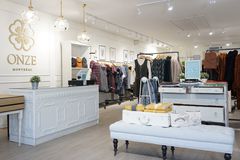