Growing up on Vancouver Island, Tracey Neuls cobbled shoes together from things she found lying around the house. It was a childhood hobby that paid off. “I actually was one of those kids making shoes out of Corn Flakes boxes and that sort of thing,” she says. Following footwear training at Cordwainers College in London, England, the Canadian-born, U.K.-based designer founded her namesake footwear line in 2000. Over the past 20 years, it has distinguished itself by favouring comfortable styles that pack personality while standing the test of time.

Produced in Portugal, Neuls’s shoes are inherently playful, featuring delightful details like the reflective material she applies to her popular Geek sneaker and the cozy shearling lining in her mules. Neuls continues to channel her inner child throughout her creative process, starting with a simple sketch before moving on to sculpt new shapes with plasticine. “Just going out into the garden or somewhere that’s not the office with a sketchbook and pencil and seeing what happens is a really good approach,” she says. “It frees something.”

At her three London boutiques, Neuls takes a gallerist’s approach to decor. To showcase the three-dimensional nature of her wares, she hangs her shoes from the ceiling, rather than displaying them on a shelf. “You get a movement like the movement on your feet,” the designer says. Neuls also regularly revamps each boutique space around a theme, such as a cinema set-up at her King’s Cross location and a bedroom design in Marylebone. “I think it’s really important to get people out of their usual way of shopping so they can actually see something different and really be present in the space. It’s good fun.”

In Calgary, Chanel recently reopened the doors to its boutique. Located within Holt Renfrew in the city’s downtown, this expanded and renovated space is now housed at street level with its own street-front façade. Designed by Chanel collaborator and architect Peter Marino, the boutique’s new decor features matte white finishes, black and ivory lacquer furnishings and bronze and gold accents. At the entrance is a piece by artist Margaret Evangeline depicting a camellia flower, a signature of Chanel’s namesake founder. Guests can find a selection of ready-to-wear and accessories, footwear and fine jewellery. For more information, visit chanel.com.

Two jewellery companies have launched new initiatives to adapt their offerings during the ongoing pandemic. Toronto-based brand Attic has a new website that emulates its in-studio shopping experience for engagement rings and other fine jewellery while staying home. Buyers can create a ring in a virtual studio using conflict-free diamonds and explore their new Jewel School educational resource. And Tiffany & Co. has launched the Tiffany Infinite Strength campaign benefiting CARE, an organization dedicated to ending global poverty and assisting vulnerable communities affected by COVID-19. Now until Aug. 31, 100 per cent of profits from global sales of the Tiffany Infinity collection will be donated to CARE with a minimum commitment of US$2-million.

One of a Kind has created a virtual summer extension of its popular craft shows taking place throughout July. More than 100 creative entrepreneurs will be highlighted on the Instagram stories of the @ooak_toronto account with a dedicated landing page on its website linking back to makers’ Instagram profiles and e-commerce platforms. One of a Kind will be awarding scholarships for 20 spots in the July virtual show to BIPOC applicants and hosting weekly giveaways on Instagram. The organization has also committed to donating 20 per cent of the total show revenue to Feed the Frontlines, which provides meals to frontline health-care workers, social services staff and Torontonians facing food insecurity. 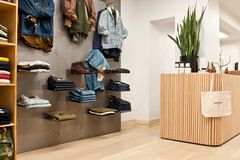 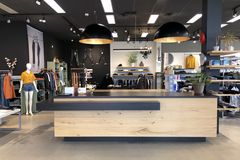 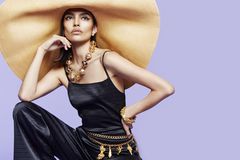