At Jenna Rae Cakes in Winnipeg, the sweets are as tasty as they are eye-catching. With two locations in Manitoba’s capital, founder Jenna Rae Hutchinson and her twin sister, Ashley Nicole Illchuk, a graphic designer and photography stylist, create stunning confections for everyday indulgences and special occasions.

After watching an episode of the reality-TV show Cake Boss in 2009, Hutchinson, who was studying to pursue dentistry at the time, wanted to try her hand at cake design. She had a knack for the art of cake decorating and decided to follow her sweet tooth to take on baking full-time, working overnight in a commercial kitchen to fill custom orders. In 2014, she opened her first storefront and Illchuk quickly jumped on board to help keep up with demand. Hutchison’s out-of-this-world designs range from her elegant signature cake, which is made of four layers of cake with three layers of filling and decorative toppings, to custom sculpted cakes paying homage to themes such as fashion and sports.

Today, the sisters have expanded to include smaller baked goods such as macarons, cupcakes and cookie sandwiches. “Our specialty is really focusing on flavours and creating a whole bunch of different ones every day,” Illchuk says of offerings that have included cotton candy marshmallow, cookie dough cheesecake and brownie batter. For Valentine’s Day, the emphasis is on playful romance, with emoticon macarons available to be shipped across Canada, and nostalgic, heart-shaped macarons featuring cute sayings. They’re also bringing back their hot chocolate bombs, a holiday bestseller.

Louis Vuitton has announced two new partnerships. First, the French maison has partnered with Lucara Diamond Corporation and the HB Company of Antwerp to transform a rare 1758 carat diamond. Named Sewelo, it is the second-largest rough diamond ever discovered and weighs 352 grams. It will be used to create custom-cut diamonds for bespoke designs. The second partnership is with the NBA, its first with a North American sports league, as the official trophy travel case provider. Handcrafted in Louis Vuitton’s workshop near Paris, the case will house and display the Larry O’Brien Trophy.

Two travel brands have announced new offerings and environmental initiatives. Away has added three new colours to its Aluminum luggage collection. Previously available as limited editions, the onyx, gold and rose gold options are now available as part of the American brand’s core collection. Meanwhile, hotel group Accor is phasing out single-use plastic items in guestrooms, meeting areas, restaurants and all leisure activities areas such as spas and fitness centers by the end of 2022, and individual plastic toiletry amenities and cups by the end of 2020. The company previously announced a commitment to eliminate all plastic straws, stirrers and cotton buds.

Historica Canada, a charitable organization dedicated to sharing awareness of Canadian history, has partnered with travel app Driftscape. This new initiative presents Historica Canada programs through the app, such as Heritage Minutes​, a collection of articles about Canada through ​the Canadian Encyclopedia​ and experiences shared by veterans through ​the Memory Project​. On the Driftscape app, visitors and locals alike can find markers representing places of interest superimposed on the streetscape. Tap the marker to learn about the point of historical interest via videos, photos and more. For more information, visit driftscape.com.

A Canadian museum exhibition is heading to the fashion capital of Paris. Produced by the Montreal Museum of Fine Arts, Thierry Mugler: Couturissime is continuing its international tour with a stop at the Musée des Arts Décoratifs beginning Oct. 22, 2020. The retrospective is dedicated to couturier, director and perfumer Thierry Mugler and features 150 outfits produced between 1977 and 2014, plus theatre costumes, videos, unpublished sketches and photography, as well as pieces worn by celebrities such as David Bowie and Diana Ross. This marks its fourth installation following stops in Rotterdam and Munich this year. 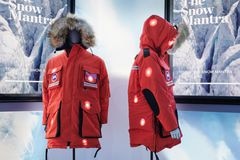 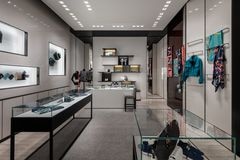 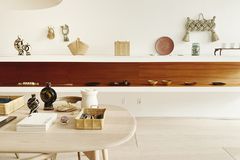