Designer Jason Wu was in Toronto in mid-December to host a midnight supper at the newly opened St. Regis Hotel. It’s a tradition that was launched in 1898 by Caroline Astor, mother of John Jacob Astor IV, the founder of the St Regis hotel in New York. Today, the experience is a marker of exclusivity and luxury, traits that are synonymous with both the hotel and Wu’s design work. Having just celebrated his first decade in fashion, he’s now strategizing for the next 10, focusing on getting his work in front of new audiences, whether that be through collaborations or his own storefronts. Wu sat down with The Globe and Mail to discuss getting in front of new audiences, how luxury has changed and his go-to Netflix show.

I saw on Instagram that you’re a fan of Nailed It!.

Oh my god, such a huge fan of that show. Can we talk about it? It’s so funny, I’ve watched every episode, including the Christmas specials. It’s really good.

Are you a baker?

Did you see she regrammed a mention of yours and said she wished she could wear your designs?

Yeah, and I was like, “Oh I have the Eloquii collaboration.” So we’re going to send her some things.

How long was that collaboration in the works?

I’ve been working on it for a year. The idea to bring my clothes to the plus market is something new and I was really excited about doing it because I think for a very long time my clothes were only available for a very specific group of people. Part of my goal for the next phase in my career is to bring my designs to a larger crowd. Starting with Eloquii, but talking about different price points, different groups. That’s something I’m really focused on.

Are these people coming to you? Are you looking for opportunities to reach these new groups?

A lot of these are chance meetings, organic, but I’ve done a lot of collaborations during the last 10 years of my career and they’re just things that happen to have made sense at the time. And that’s taken me to a lot of different routes, it’s taken me to things in the architecture space, it’s taken me to more mass priced clothing experiences, to being able to work with Brizo, a faucet brand I’ve worked with for the past 10 years, to working with St. Regis for almost a decade. It’s been really great to have all these elements that are around fashion, but not only fashion. That’s something that we are going to make a concerted effort to really focus on in the next decade. Take the halo effect and the brand that we’ve created in the last decade and really expand it to a fully fleshed out lifestyle brand.

Do you feel the definition of luxury has changed?

I think it’s not just about price anymore. To me luxury is all about refinement and a feeling, how sophisticated it is. Like having afternoon tea could be a luxurious moment, you just take the time to do something like that versus a grab-and-go breakfast, you know? That’s what luxury means to me, it’s not necessarily about a physical product, it’s about a feeling.

That’s something that connects me with the St. Regis. It’s deeply rooted in classicism, that’s why I’ve been working for them for such a long time. One of my first major fashion shows was at the St Regis New York in 2010, that’s kind of how we met. I’ve hosted these very glamorous midnight suppers in Florence when they opened there, last year in Shanghai, I’ve done Bal Harbour and now Toronto. Every single property references the place that they are in so that they’re not cookie cutter, they’re experiential. That’s really something that’s quite special.

I know you’re opening up your first standalone store next year.

We are still working on a location right now, but it will be in Shanghai. And the second will be in Beijing, following shortly after.

Will you be incorporating anything you’ve learned from your experiences from your travels in to your stores?

It’s about the service. It’s about the attention to detail, it’s about the environment, and that’s the same as retail. It can no longer be just about buying clothes, you can buy clothes online, you know? Having a great hotel doesn’t just mean having a bed to sleep on. It has to be experiential, something that you can remember and feels luxurious. So yeah, there’s a lot in common with retail and hotel – it has to have a reason to be. And there’s got to be a sense of home. That’s the direction everything is going, everything should feel like home. Not retail or not hotel, it makes you feel like home. That’s ultimately what makes someone want to spend a lot of time there.

Opinion
How telling the story of her clothes tells the story of the woman
Subscriber content
January 22, 2019 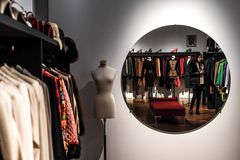 Why I hate the mall in February
Subscriber content
January 24, 2019 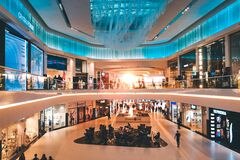 Smart homes may be exciting, but beware – the walls have ears
Subscriber content
January 18, 2019 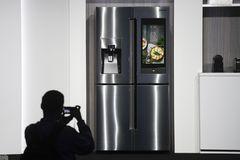