A go-to destination for Vancouver’s luxury homeowners, Livingspace, has recently unveiled a new look of its own. In celebration of its 30th anniversary, the modern furniture and design boutique underwent a $2-million expansion and renovation, bringing its full floor space to 30,000 square feet. It’s an expansion that mirrors the city’s explosive growth. “Vancouver has grown to be a modern, sophisticated, world-class city where we no longer have to explain modern architecture and design to new clients,” owner Ross Bonetti says.

Since 2010, Livingspace has been housed in an industrial building that dates to 1931. The building was adapted by Omer Arbel, of the Bocci design studio, who added some unique features such as a glass enclosed spiral staircase that juts out from the side of the building. For this latest addition, owner Bonetti took a gallery-like approach to the redesign that was inspired by the Milan showrooms of his European brands, a who’s who of modern design. “We are very proud, as Livingspace is one of the largest multiline design stores in the world,” Bonetti says.

The expansion of Livingspace to the fifth floor of the building has allowed for the addition of a rooftop garden, complete with expansive views of Kitsilano. It’s the perfect backdrop for the outdoor collections by Italian designer Paola Lenti. “Because the aesthetic of the rooftop patio is raw and industrial, much like the rest of the building, Paola Lenti’s bright, bold and colourful outdoor furniture stands out,” Bonetti says.

From Covergirl to L’Oreal, vegan beauty products are finally in the spotlight

Garnier is highlighting its efforts in sustainability with a Canadian tour of its Garnier Whole Blends Greenhouse. Following a stop in Vancouver in June, it will be available to consumers July 13 and 14 in Toronto’s Distillery District. Visitors are invited to bring one empty bottle of their current hair care product to swap it for a full Whole Blends range including shampoo, conditioner and a treatment. The Whole Blends shampoo bottles are made of recyclable PET plastic with 30-per-cent postconsumer recycled waste.

Australian bridal brand Grace Loves Lace is playing host to a 10-day pop-up in Vancouver. From July 12 to 21, British Columbia’s brides-to-be can experience the Grace Love Lace Concierge service, a one-on-one personal styling session complete with complimentary sparkling wine or rose tea. Located in Vancouver’s Mount Pleasant neighbourhood, this pop-up marks the second time that Grace Loves Lace has brought its showroom to Canada following a visit to Toronto in 2017. For more information and to book an appointment, visit graceloveslace.com.au.

Six years after its exhibition at the Bata Shoe Museum in Toronto, Parisian footwear company Roger Vivier is opening its first store in Canada. Set within Holt Renfrew Yorkdale in Toronto, Vivier will be putting its best foot forward beginning with the introduction of the Fall 2019 collection. Designed by creative director Gherardo Felloni, previously of Dior and Miu Miu, the collection includes the Viv’ Run, his original running shoe design featuring a hidden platform, a mid-calf snow boot and a new take on the Très Vivier, inspired by the pump worn by Catherine Deneuve in the 1967 film Belle de Jour. For more information, visit rogervivier.com.

A favourite of those on the go since 1993, the Longchamp Le Pliage bag is reinvented by Tokyo-based design studio Nendo. The art of origami originally inspired the design of the foldable bag. In this Longchamp x Nendo collaboration, Le Pliage’s line expands to include a new shape that can be used as a storage container, to be displayed at home. Longchamp x Nendo offers three variations on this theme: a cube that can be used for storage and transport, a cone shape that can be hung and a circular bag inspired by traditional furoshiki folding cloths. Each is available now in a palette of pale grey, dark blue, mustard and burgundy. 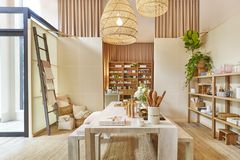 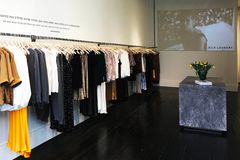 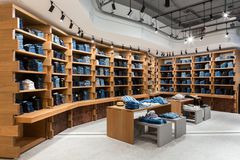