Have you ever grabbed your smartphone to check the time only to be inadvertently bombarded by notifications, and the feeling of stress that comes with them? Or used an app to track your mobile usage and been bowled over by the time-sucking results? Smartphones have been in the majority of Canadians’ pockets for only seven years, but already many are looking for to wean themselves off a connected lifestyle and bring meaningful intention and awareness back to our online activity, a Kondo-esque approach known as “digital minimalism.” The easiest way to disconnect is a surprisingly simple strategy: Wear a watch.

The backlash against excessive screen time has gone from getting dirty looks for texting at the dinner table to a near public-health crisis. Social media in particular has been linked to a rise in reports of anxiety, poor sleep quality and negative feelings such as loneliness, envy and inadequacy, especially among young people. A recent British survey found that just less than half of respondents aged 16 to 25 who use social media feel more anxious about their future when they compare themselves to others on platforms such as Instagram, Twitter and Facebook, and agree that social media makes them feel inadequate.

These revelations have some, such as Real Time television host Bill Maher, likening social media to cigarettes. “Let’s face it: Checking your likes is the new smoking,” he said in a 2017 episode. It’s a shocking comparison that was made more than a decade ago by writer Jonathan Franzen, who lamented the proliferation of the cellphone in his 2008 essay, I Just Called to Say I Love You. “There was unfolding, after all, in New York in the late 1990s, a seamless citywide transition from nicotine culture to cellular culture. One day the lump in the shirt pocket was Marlboros, the next day it was Motorola.”

Like quitting smoking, there are certain crutches than can help the resolute to kick the habit. One of these is the wristwatch, and perhaps it’s no coincidence that watch sales are on the rise. According to market analysis firm NPD Group, 2018 saw the first increase in women’s watch sales after three years of decline in the United States, while the Federation of the Swiss Watch Industry reported a 6.3-per-cent growth that year over 2017. With the advent of the smart watch and other tech wearables, the old-timey watch could have gone the way of the dodo, but it’s managed to hold onto its status as status symbol. In a 2017 study of the Swiss watch industry, Deloitte found that, if given 5,000 Swiss francs (about $6,500), the majority of millennials surveyed would rather spend it on a luxury analog timepiece than a smartwatch. The watch is a stylish accessory that’s – pardon the pun – rather timeless, and it’s keeping full the hands of brands young and old alike as they appeal to new wearers.

After launching their Hong Kong-based leather goods brand Linjer in 2014, co-founders and partners Roman Khan and Jennifer Chong decided to expand into the watch category simply because they no longer wanted to use their phones to check the time. “We realized that it was actually contributing to a lot of stress,” Chong says. “If you just get a watch that you wear on your wrist, you don’t need to bring that stress into your life when you want to check the time.” Released in 2016, Linjer’s first timepiece collection was inspired by the opera house in Khan’s hometown of Oslo. “We really love that building and we wanted to bring the beautiful angles and the simplicity of material and shape to the watches,” Chong explains, adding that their brand is imbued with Scandinavian values such as minimalism. “There’s beauty in simplicity. You just have to get all of the elements right.”

Swiss luxury brand Omega has been making timepieces for more than 170 years, and appeals to novice watch wearers with new designs such as the NATO Strap Collection and updates to its iconic Seamaster. “You cannot only be past oriented. It’s just about getting it and taking that as a value for the next generation and for the next product development,” says Omega’s global president Raynald Aeschlimann. According to Aeschlimann, many of Omega’s younger clients are attracted to the brand because of a personal connection, such as Omega is what their grandparents wore, or because they develop a new connection through informational storytelling that conveys the why behind a design. “The wrist is an incredible space for an emotional product that means something to you,” Aeschlimann says. Rediscovering that meaning couldn’t have come at a better time. 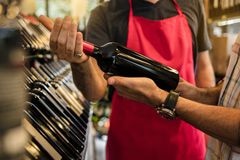 Coffee kombucha? It’s real, and this is how you make it
Subscriber content
March 13, 2019 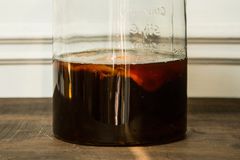 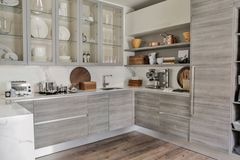