The utilitarian tin-can packaging may be the pastel shade of a Ladurée macaron but the perfume inside is inspired by one of the cakes at French pastry chef Philippe Conticini’s world-famous La Pâtisserie des Rêves. Using the modernist layers of vanilla and the textures of his Grand Cru Vanille cake as its starting point, this voluptuous amber confection initially suggests dollops of ice cream melting on fleshy baked pear. But it veers away from juvenile sweetness by settling into a leathery vetiver.

With his gender-neutral trio of colognes fortes, perfumer Francis Kurkdjian applies the musical term for “loud” to fragrance to highlight strength and sillage. Of the group, Aqua Vitae is best in show. Kurkdjian describes the solar floral as being “a bit dizzy, a bit drunk by the sun.” Instead of the typical coconut oil clichés, it’s a radiant whisper of Calabrian bergamot and Indian sandalwood. The combination achieves an addictive oxymoron I can only describe as fresh heat. It’s the nape of your neck after standing in the summer heat – or under a hair dryer.

Come summer, Huile Prodigieuse multi-functional dry oil is a drugstore staple that glistens on tanned limbs and softens tangled beach hair, while also creating a faintly fragranced aura. This perfume is a faithful rendition of the French pharmacy favourite’s beloved signature scent. Though less subtle, it’s still an uncomplicated delicate floral – magnolia, mostly – both tropical and waxy. It’s also vegan, and 89 per cent of the ingredients are of natural origin.

This special edition perfume is part of maximalist fashion design Mary Katrantzou’s capsule collection with Bulgari. The London-based Greek may seem like an unlikely pairing for the Roman jeweller but their philosophies align when it comes to more being more. In the spirit of the original Omnia, the new variation is of orange blossoms built around the sweet heady fragrance of the bright white gardenia flower. Decanted into a colourful iridescent bottle, but what’s inside isn’t as brash as the packaging.

Pandemic isolation has been an opportunity to contemplate nature with fresh eyes and Quebec artisan perfumer Alexandra Bachand’s delicate new scent is named after murmuration, the avian phenomenon: “The fascinating flight choreography performed by hundreds of thousands of birds flying in union which create a whisper of flapping wings.” She interprets the concept in scent by pairing ripe honeydew with pungent honeysuckle. The creamy melon brings the feminine white floral down to earth with leafy and vegetal notes so that it smells like lying on the ground in a dewy field ringed with flowers. The perfume is handmade and bottled in compostable or returnable bottles and its grain alcohol base is 100 per cent Canadian.

Of all the seasonal limited editions that this cologne franchise has created, I hope this zinger sticks around. Maybe because it seems to have little in common with the original? It opens with realistic notes of sparkling, fresh-cut grapefruit. Not exactly groundbreaking, but the trick is that instead of vanishing, they work their way into the aquatic structure’s expansive, airy aldehydes and saltiness before melding with the earthy green lingering base notes of moss, patchouli and vetiver. A totally invigorating seaside escape.

William Penhaligon’s Portraits collection consists of scents named after invented eccentric nobles whose fictional backstories have as many hi-jinx as a Bridgerton episode. In this case, however, William Penhaligon was a real character. In 1870, the Cornish barber founded the heritage perfume house in London’s Mayfair and made scents for Queen Victoria. This addictive woody oriental purports to recreate his personal blend. After a perfunctory bit of muted lime, bittersweet green vetiver settles over a base of ambrox, an elegant raw material that gives the milky sandalwood drydown a lasting, velvety and inviting but abstract effect. Opulent, simple, and very smooth.

Self-taught perfumer Joshua Smith’s newest creation is made by hand at his Edmonton studio. It’s a showcase for immortelle, which as the name suggests is an everlasting flower found mostly in Italy and Spain. The uncommon perfumery material has both astringent and syrupy aspects – like a distant cousin of root beer – further enhanced here by the prickle of green cardamom and cinnamon bark. The diffusive quality probably comes from a dose of cashmeran and its luminosity from sweet myrrh, yet for all the familiar facets, including brown sugar, it’s satisfyingly unusual.

Perfume synopses from Serge Lutens tend to eschew fragrance notes and often read like riddles or psychodrama instead. This one’s a high-concept tale of a caged tamer, though why she’s in snowy captivity is anybody’s guess. All you need to know is that this deep red juice’s potent floral notes of jasmine and ylang ylang are well-balanced with a frangipani-almond accord and are subdued by a musk base. Like its landmark sibling, Femininité du Bois, it’s full-bodied yet subtle and the effect is tenderly romantic.

Opinion
Is it possible to buy less but buy better when it comes to fashion?
Subscriber content
July 16, 2021 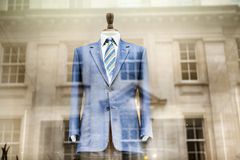 Do you know where your wool comes from? We should be able to trace the supply chain in fashion like we do with food
July 19, 2021 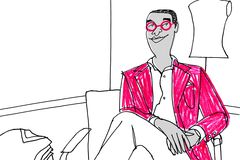 How to get your sleep and self-care routines ready for going out in the world again
July 10, 2021 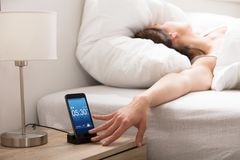