The little Webster’s Tour bus, with its lime green lettering and decals of palm trees and scuba divers, sits idling in the parking lot of Owen Roberts International Airport on Grand Cayman. Over the next week, it will be our home on the road as we criss-cross the island to capture the season’s resort wear essentials – basically, anything that looks like it’s been fashioned from a fisherman’s net – and the building boom that’s quickly expanding the Caribbean British Overseas Territory’s lineup of international shops, restaurants and hotels.

For this visit, our hotel on Seven Mile Beach is its newest, the Kimpton Seafire, which the bus approaches up a narrow drive that snakes between grand silver thatch palms. The property embraces a more casual approach to swish accommodations with friendly staff, design savvy spaces and a poolside crowd that crosses generations. Located on the road to West Bay, it’s also out of the way of the cruise-ship passengers that disembark daily in the capital, George Town, further south.

Grand Cayman is also home to a Ritz-Carlton, complete with a La Prairie spa and its recently revamped oceanfront restaurant, Seven, which hosts a bustling, Moet champagne-soaked Sunday brunch. Mandarin Oriental recently announced its own arrival on the island, with a resort and residence complex opening in Beach Bay in 2021.

The development that has everyone talking today, however, is Camana Bay. Originally launched in 2007, the project now incorporates almost 700,000 square feet of space. Housed in a campus of contemporary pavilions covered in colourful shutters, the site includes luxury apartments, eateries and stores, including boutiques for Michael Kors, Polo Ralph Lauren and Diane Von Furstenberg. A series of underpasses and roundabouts will eventually link the site to a hotel complex on Seven Mile Beach.

All of the talk of Grand Cayman’s growth made us wonder if it might be difficult to discover some local flavour to capture. But then we pointed the bus in the direction of the north end of the island and found ourselves in its more laid-back and lush other half.

En route, we pass Cayman Crystal Caves, where there are underground worlds dripping with stalactites to explore. At the Queen Elizabeth II Botanic Park, we wander through gardens of heritage plants and flowers and capture this issue’s cover in front of a restored, circa-1900 example of the pastel-hued cottages that once dotted the island.

Grand Cayman calls itself the Caribbean’s culinary capital and boasts restaurants that excel at everything from Mexican fare (try the grilled mahi mahi tacos at the Kimpton’s Coccoloba) to Italian cicchetti (Bacaro, overlooking the lagoons of the island’s yacht club does a delicious job of Venetian-style small plates). But we probably felt most Caymanian sitting at a picnic table at Rum Point, a beachy enclave of bungalows with shaded verandas overlooking the sea. Devouring plates of conch fritters with jerk mayo and a frosted mudslide cocktail, it was hard to feel like we were anywhere else. – Andrew Sardone

Our ride on Grand Cayman is one of the many minibuses that ferry visitors around the island. Its operator, Webster’s Tours, offers itineraries that focus on local food and nature.

Jawara Allyne T-shirt, stylist’s own. Skirt, price on request at Chanel. Sunglasses, $560 at Cutler and Gross. Tibi sandals, $575 through www.tibi.com. Isy B cuff, US$145 through isybdesign.com.

The hammocks and lounge chairs in front of the Kimpton Seafire hotel offer its guests a relaxing perch on the more secluded end of Seven Mile Beach.

Top and shorts, both price on request at Chanel. Isy B cuff, US$145 through www.isybdesign.com.

Visitors from around the world gather at Rum Point to capture a selfie in front of its iconic destination signs, before settling in for an afternoon of beach naps and frozen drinks.

A good bet for spotting the island’s blue iguanas, the Queen Elizabeth II Botanic Park is also home to a boardwalk lined with towering orchid plants and spaces devoted to flowers, cacti and palms.

June Swimwear bikini top, $68.99 through juneswimwear.com. Skirt, price on request at Michael Kors. Isy B cuff, US$145 through isybdesign.com.

Serving up island seafood including wahoo, snapper and grouper, Heritage Kitchen is a tasty spot to try all things fresh and local close to Grand Cayman’s main hotel strip.

The Kimpton Seafire offers its guests a colourful collection of bikes to explore the island, in addition to other amenities such as beach yoga classes included with its daily resort fee.

Food stands pop up along Grand Cayman’s highways, and more markets can be found in George Town, where local jewellery and craft makers set up shop while the cruise ships are docked.

Johanna Ortiz dress, US$1,975, similar styles available through modaoperandi.com. Isy B cuff, US$145 through isybdesign.com. Sunglasses, $560 at Cutler and Gross. Tibi sandals, US$575 through tibi.com.

Italian small plates are a specialty at this waterfront restaurant, including codfish crostini, spiced almonds and porcini crusted lamb chops.

The 75-foot tall observation tower at this shopping and dining complex is a clever explosion of graphic shutters with views out over the island.

Tickets, US$40 for adults through caymancrystalcaves.com.

An endless parade of tour buses putter by this local haunt to snap photos of its cheerful façade, and stop to let visitors sample its fresh from the Caribbean seafood.

Accommodation options range from guestrooms outfitted with rope accents and hits of fuchsia to colourful bungalows fronting the pool and ocean.

Room rates start at US$499 plus a US$70 daily resort fee through seafireresortandspa.com.

NATIONAL GALLERY OF THE CAYMAN ISLANDS

The inaugural Cayman Island Biennial, on through May 4, compiles contemporary work in painting, photography, new media, textiles, performance and more.

Visit the annual orchid show on March 30 and 31, and the Mango Extravaganza on June 1. Guided tours take place Tuesday and Thursday afternoons.

A sprawling 144-acre resort that stretches from sea to sea, the Ritz site includes a nine hole golf course, a pair of pools, tennis centre and a helipad for quick escapes.

Room rates start at US$499 plus a US$85 daily resort fee through ritzcalton.com.

Via Red Sail Sports, Rum Point visitors can set sail for a diving adventure to Stingray City or the North Wall. Those who hang back can visit the Dak Shack, with its menu of daiquiris.

In addition to its daily itineraries, Webster’s also offers airport and island transfers via its fleet of mini buses, vans and sedans.

The Globe and Mail travelled to Grand Cayman as a guest of Cayman Islands Department of Tourism. The organization did not review or approve this article prior to publication. 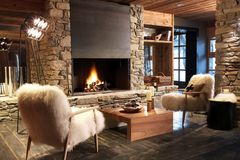 Peek inside Chanel’s high-end jewellery atelier, where diamonds are the size of strawberries
Subscriber content
November 14, 2018 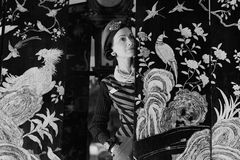 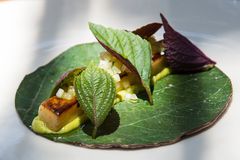