Vancouver "cocktail designer" Jay Jones has seen it all: the hangover of eighties-style drinks, the rise of fine dining, the molecular movement. While his own award-winning concoctions steer toward the classics, the new executive bartender of the Donnelly Group – and EnRoute's magazine's 2012 Canadian bartender of the year – pays tribute to his comrades with these five not-to-miss drinks in the city.

Beldi at West Restaurant and Bar

"David Wolowidnyk runs the bar program. He's considered one of the better bartenders in the world. His designs have a subtly and nuance and huge complexity of flavours. Beldi is a gin-based drink inspired by Morocco. He designed this in Morocco in an international competition: saffron, ginseng, green tea, mint, cinnamon, lemon-Marrakesh bitters, coriander. It's really a beautiful spice-market cornucopia and it was so good, it won the competition." 2881 Granville St.; westrestaurant.com

The Four Horsemen at Clough Club

"Clough Club is named after John Clough, the first lamp lighter of Gastown. It was devised as a whisky den. The drink that we've just added is called the Four Horsemen. That's based around Manhattan architecture. In this case the base is Maker's 46 bourbon, which is a heavily charred bourbon. There's also a Sicilian amaro, French apricot liqueur and a heavy dash of Angostura bitters. It's very bold because it's entirely made from alcoholic components. But there's a balance. It's deep, it's moody and it really reflects the style of the room." 212 Abbott St.; donnellygroup.ca

"Hotel Georgia has a restaurant, but the 1927 Lobby Lounge is the little cocktail lounge tucked away in the corner. Its style is a bit more old-fashioned, harkening back to the origins of the hotel. There are gorgeous sofas and a minimalist bar – only four seats, so you have this sense of intimacy. Port Authority is a bourbon-based cocktail as well, but taking more of a dessert approach. It involves a bourbon base, but with a good dash of port, as well as maraschino liqueur, house-made chocolate liqueur, as well as chocolate bitters made in Seattle. So it sounds like it's quite a sweet drink, but it's not. It has that indulgent tone that lends itself to the end of the night." 801 West Georgia St.; rosewoodhotels.com

"The concept is a cocktail tavern in conjunction with a three-chair gentleman's barbershop. It's definitely the gin-centric cocktail bar in Vancouver. One in particular that's quite creative is called Smokehouse. The main ingredient is a Victoria oaken gin. Combined with that is an Italian amaro, but very light and fresh, and also mezcal, which is very smokey. And then lemon zest. It's a very curious palate. It's one of those discovery drinks that takes your palate in different directions." 1120 Hamilton St.; donnellygroup.ca

Check Out at the Fairmont Pacific Rim lobby lounge

"The lobby lounge has this incredible ambiance because you've got this mixture of locals and travellers decompressing. Very professional bartenders, very engaging. They play around a lot with styles to keep pace with international trends. They have a couple of cheeky cocktails. One is called Check In and one is called Check Out. Check Out is really worthy of consideration. It goes with a tequila base, combined with amaro that has some earthiness and coffee tones to it. They [add] barrel-age[d] Cointreau, then finish with a little bit of Fernet Branca. So it's a soothing drink. It's a digestif drink." 1038 Canada Place; fairmont.com

Rock-star reno makes this Vancouver hotel perfect for guests (and their pets)
May 10, 2013 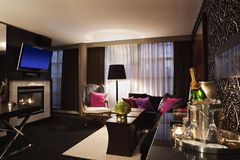 How the Vancouver Art Gallery is paying homage to the hotel
April 14, 2013 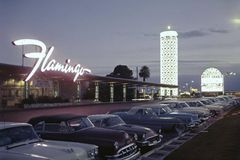 Vancouver’s best weekend escape is only 40 minutes away
March 29, 2013 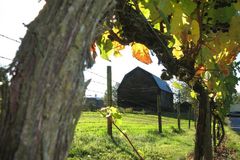