I have friends who refuse to consider using a Global Positioning System.

(We rarely disagree, and we both agree that the giving and getting of directions is not our finest marital moment. No Amazing Race for us, says Jim.)

So before our last trip to the National Gallery, we borrowed our son's GPS to see if that would help.

Jim was at the wheel. The GPS voice was female and vaguely British.

"In 300 metres, turn right," she said as we pulled out of our driveway in Montreal.

My normally genial husband bristled at being given orders by this presumptuous know-it-all, telling him to do what he very well was just about to do and had done a thousand times before.

But soon he realized that, unlike his usual bossy co-pilot, this partner wouldn't get mad, no matter which way he turned. She would just recalculate.

By the time we got to the museum, he was responding to her directions with a cheerful, "Okay, darlin'."

When I got a GPS of my own, I selected the computer-generated American female voice designated as Susan.

I enjoy hearing Susan mangle the French names of towns I pass through on my way south to the U.S. border – names like Sabrevois (Saber Voice) and, especially, Saint-Jean-sur-Richelieu (Saint Gene sir Rich-a-lee-oo).

Not that I really needed a GPS. I have driven south regularly over the years, to visit my parents in southern New Hampshire (U.S. route 89 through Vermont) and my brother in western Massachusetts (U.S. route 87 through New York).

I've travelled those routes so often that I've come to spice up my trips with stops in towns along the way to eat lunch, browse in bookstores and explore the shops.

In recent years, since my parents died, I've made the trip to see my brother so frequently I think the car could probably get there on its own, like a milk horse.

But when an aging friend moved from Montreal to be closer to her daughter in New Hampshire, I got lost trying to find her senior residence, in spite of maps, elaborate directions and several stops to ask for assistance.

That's when I began to use my GPS. Susan guides me reliably on visits to my friend and even to her daughter's place on a backcountry road where I spend the night.

The GPS will get you where you're going. But that's only its most obvious use.

Because I'm travelling south, once again, through Vermont on U.S. 89, I have rediscovered Montpelier.

I stop there for lunch at La Brioche or Common Grounds, and to browse Bear Pond Books and the Vermont Trading Company.

Usually, I combine a visit to my friend in Newport with a visit to my brother in Pittsfield, Mass., often with an interim stop in Ludlow, Vt., where there's a clothing store I like. But on my most recent trip, I didn't have the extra day required.

I stopped in Montpelier, spent the night in Newport, and let Susan guide me to Ludlow. Then I asked Susan to take me back home to Montreal.

To my delight, she did not retrace our steps, but directed me north on a road I'd never travelled, through Killington and other towns I'd never seen.

I wondered whether or not she was leading me back to U.S. 89, and if so would it be south or north of Montpelier?

If south, I'd stop again in Montpelier and maybe even pick up that lavender blouse I'd been tempted by at the Vermont Trading Company. It was fun to wonder.

With maps – even Google maps – you have to know where you are starting from in order to figure out how to get where you're going.

The really magical thing about GPS is not simply that it can take you where you want to go, but that it knows where you are, and therefore you don't have to.

You can get lost on purpose, just to find a new way home.

Back across the border, I no longer needed Susan and switched her off. Then, as I approached Saint-Jean-sur-Richelieu, a detour took me and all the other traffic for miles and miles east.

I followed the detour signs until they ended, and I had no idea where I was.

I called home to tell Jim I'd be late, and switched Susan back on until she'd found my way back across the Champlain Bridge to Montreal.

Jim says some day we should just set out exploring, driving any way that strikes our fancy, and when we get really and truly lost, we'll just ask Susan to take us home.

It's not always about getting where you're going. And summer is here.

I'm an immigrant who's never been invited to the cottage
March 27, 2013 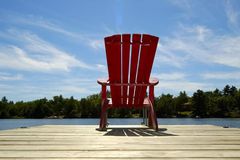 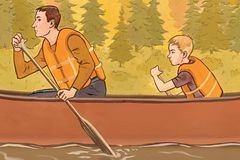