With its reputation as the mild-mannered, tea-sipping "most British city in Canada," who knew that Victoria was secretly a hotbed of laminaria-loving algae aficionados? Thanks to the cold, clean waters around Vancouver Island, Victoria is home to some of the world's purest seaweed, a superfood that offers an incredible range of minerals, vitamins and iron.

But forget about that seaweed you see washed up on the beach; that's basically compost. The good stuff is to be found in the ocean and can only be harvested in seaweed season, which runs from May till September. Although seaweeds don't have roots, they still cling tenaciously to rocks through a "holdfast," which lets them grow upwards, absorbing all those nutrients direct from the sea, just as they've been doing for 800 million years. Seaweed starts growing on Dec. 21, when the planet is tilted away from the sun in the northern hemisphere and it begins reproducing after the spring equinox.

If you thought seaweed was only good for wrapping around a California roll, think again. Here are five ways to discover its many benefits.

Go straight to the source at the Western hemisphere's only Seaweed Centre in Sooke, and take a two-hour Wild Seaweed tour with "Seaweed lady" and Sea Flora beauty founder Diane Bernard. Head out at low tide and discover how to hand-harvest these ancient organisms in the pristine waters along the shoreline. From bobbly textured scarlet ribbons to sludge-green slimy fronds, more than 600 varieties grow here; learn to spot the difference between a sea lettuce and bull kelp like a pro. sea-flora.com

The Silk Road Tea Co. is based in Victoria's small but perfectly formed Chinatown – the oldest in Canada with its roots in the mining boom of the 1850s – where tea master Daniela Cubelic creates internationally acclaimed blends from organic botanicals. Take a seat at the polished tasting bar and sample a pot of "Mermaid's Potion" to bring some seaweed sorcery into your life. Far from weedy, this is a fresh and minty brew with a sophisticated smoky aftertaste. silkroadteastore.com

Not just a superfood; seaweed also has superbeauty powers. Get a seaweed spa fix to absorb those benefits. Lie back and think of the algae at the Oak Bay Beach spa when you book an organic seaweed facial to detox and soothe stressed skin. Or try the Hotel Magnolia's spa to experience a full-body seaweed therapy, which starts with a frond of seaweed smoothed down your spine and ends in a remineralizing massage. Bonus – you get to keep the "seaweed spine" and use it in the tub at home. Good for three soaks. oakbaybeachhotel.com or spamagnolia.com

Raw, deep-fried, pickled, smoked or steamed – your seaweed comes in many forms at the Sooke Harbour House restaurant. Sometimes it's even baked into edible "plates" holding juicy just-caught crabmeat. The venturesome clientele here chomp their way through about 25 different kinds of seaweed during the season. Seaweed scaredy cats can start with the mild-flavoured seaweed-baked laverbread, but fans of the Sooke Harbour House's West Coast-only cuisine swear by the alaria seaweed mussel broth and laminaria-wrapped catch of the day. sookeharbourhouse.com

Few of us would eye up a sunomono salad (Japanese shrimp salad) and see it as inspiration for a cocktail, but that is why we are not award-winning mixologists and Katie McDonald is. Head to the Veneto Tapa Lounge and give Katie's seaweed-garnished sunomono cocktail creation a whirl. With a deliciously tangy blend of vodka, shochu, honey and rice wine vinegar, with its very own kapa maki roll speared on the rim, salad never tasted so good. Warning: Testing the restorative powers of seaweed by trying to detox through excessive "retoxing" may cause undesired hangover-like effects. venetodining.com 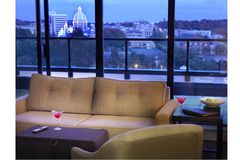 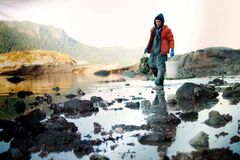