Exploring a new city is an art and a science. To really take pleasure in the adventure, you must achieve a blend of impulsiveness and purposefulness – an organized spontaneity. By all means, make a list of things you want to see or places to eat, just don't lock yourself into an itinerary.

So as you're researching hotels and reading up on museums in preparation for your big summer getaway, consider incorporating a few new strategies into your planning. Whether visiting Paris or Phnom Penh, these tips will help you see a new locale – or even a perennial favourite – in exciting and enriching ways.

1. Head to the outskirts

One of the biggest mistakes visitors to a city make is staying within a small area, often the historical or commercial centre. Once you're settled, take public transit or a taxi to the outskirts of town and walk back in. This allows you to move through the layers of a city – all those diverse socio-economic and demographic groups – to find out how people live in various neighbourhoods.

The first time I toured Paris I took the Metro to Clignancourt, a famous flea market in a largely Arab area north of the city. From there, I walked through the serpentine streets of quaint Montmartre to the Sacre Coeur basilica and its throngs of tourists. I headed downhill through the seedy but gentrifying Clichy-sous-Bois and then to the area around Gare du Nord, populated by African immigrants. Finally, I walked through the Marais, an upscale former Jewish neighbourhood that has become Paris's gay village. Was everything always as pretty as the sights of arrondissements 1 through 6, where most tourists spend the bulk of their time? No, but by seeing where average Parisians lived and worked, I gained a deeper understanding of the city.

Instead of ducking into any old café when you're tired of walking, make a point to go to the same spot everyday to sit down, read the newspaper and internalize the rhythm of the place. I have haunts around the world where the staff or owner has come to recognize me over the years. Sometimes you make connections with locals who have advice to share or just want a friendly conversation. The idea is that you're not running from the Eiffel Tower to the Louvre to the Pantheon. You're taking a deep breath and soaking up the environment. There's no better way to feel like you belong.

Airbnb and other apartment-rental services have revolutionized the travel experience. But if you're going that route just to save on accommodation costs, you're missing the point. A few weeks ago, after renting an apartment in Paris, I found myself at the Bastille street market – buying food, interacting with vendors and even tasting sea urchins. I talked to my neighbours, had friends over and cooked some meals. Though I had been to the city on countless occasions, it was the first time I wasn't an observer, but a true participant in day-to-day life.

Forget those who condemn slum tourism. Part of seeing a city is acknowledging and understanding its extremes. Cities are often incredibly unequal places but most visitors spend their time in pretty, historic or wealthy areas. Even backpackers, who often claim to be travelling more openly and freely than a package tourist, rarely, if ever, explore outside these places. Personally, I've had my eyes and mind opened by visiting places such as the City of God in Rio or Clichy in Paris or the Bronx in New York. Though it is important to use caution – visit in the daytime, walk with purpose and don't pull out a map – these places are rarely dangerous to outside visitors and offer perspective into problems that face that city. You'll leave thinking about poverty and what it means.

On the other hand, visitors often miss the other side of the coin: the ultrarich. We may walk down Boulevard Raspail or Madison Avenue but rarely do most travellers eat in the nearby restaurants or step inside a home. We marvel at the apartments and peak into the upscale bars but we don't dare to enter. We should. Book a table in the finest (or most renowned) restaurant in the city or go to a glamorous bar popular with the city's elite. Order a glass of champagne, sit back and watch.

6. Create your own soundtrack

To love a place you need to stir your emotions. Music is the easiest and most fun way to do so. Find songs from or about the city you're visiting and put them on your music player. Then pick a nice area, plug in your headphones and start walking. In New York, I love to walk down 125th Street playing U2's Angel of Harlem. In Paris, I listen to Gainsbourg or George Brassens. In Rome, I listen to Dean Martin's On an Evening in Roma. When you arrive back home and play the music again, it will bring back wonderful memories.

7. Embark on a mission

I always arrive with a well-researched mission. On my last trip to Paris, my mission was to find the city's best bread. I made note of a few bakeries that were particularly renowned and travelled to each one to pick up a loaf. At the end I taste-tested and found a winner: the chewy pain des amis from Du Pain et des Idées in the 10th arrondissement. This wasn't just about pigging out on carbs: The task forced me to visit several neighbourhoods that I likely would not have seen otherwise. Other goals might be to visit an obscure museum, buy an exotic tea, see a certain painting or find a street a famous author lived on. Anything that's more obscure than, say, "Visit the Eiffel Tower."

8. Let words take you away

Pack a book about the place you're visiting, or one by a local author. Bringing A Moveable Feast to Paris might sound cliché, but as a first-time visitor I found it magical: Ernest Hemingway opened my eyes to the city and made me dream about it. I would read it at a café on Place de la Contrescarpes around the corner from his old apartment. I also used the book to scribble notes, observations and quotes I thought of, which are fun to look back at many years later.

Consider what French poet Baudelaire wrote about Paris: "We are enveloped and steeped as though in an atmosphere of the marvellous; but we do not notice it."

No matter where you end up this summer, don't forget to open your eyes to the marvels you may be missing. 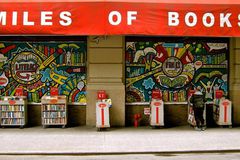 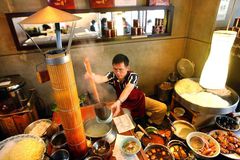 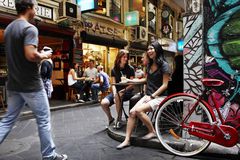