The bullet holes – they are the first thing you notice when you arrive in Sarajevo. Hundreds of them on every building. Thousands of them on every block. Spray-pattern pockmarks from small-calibre strafing, as well as deep craters where the big shells hit, screaming in from the mouths of heavy weapons stationed on the hillsides. It feels as if some foolhardy group of settlers decided to build a bunch of Soviet-style apartment blocks smack dab in the middle of a munitions testing field.

These depressions are the visual legacy of an almost-four-year siege, the longest of a capital in modern history, that started in 1992 when Bosnian Serbs encircled this city and choked it off from the outside world. The blockade turned one of Europe's most beautiful and historic capitals – a place that had hosted the Winter Olympics just eight years prior – into a war zone. But rising from the ashes, Sarajevo has rebuilt and readied itself to again welcome travellers. Now is the time to visit this great city, which is seeing new hotels, shopping malls and other developments spring up, but remains affordable, welcoming and untrammelled by mass tourism.

Often called the "European Jerusalem," Sarajevo sits at a historic crossroads between East and West, where four major religions – Islam, Judaism, and both Latin and Eastern Rite Catholicism – all meet. All four have stamped their visual legacy on the city: Minarets, bell towers and onion domes sit almost side-by-side all over town.

"Here, you can walk from a mosque to a cathedral, and then to a synagogue, all in a matter of five minutes. … You can even climb up on the hillside and hear the prayers off all the religions, all together," says Adnan Zuka, 26, a university student and my Bosnian tour guide.

Zuka shows me the major sights of Bascarsija, the oldest part of Sarajevo's Old Town, which could be mistaken for a quarter on the Anatolian side of Istanbul. Sarajevo was an important city under the Ottomans, who ruled here for more than 400 years, founding the city around 1450 and shaping it in their own – Turkish – image. A walk through Bascarsija's warren of tiny lanes is a journey of discovery: a little alley lined with coppersmith shops, where artisans craft trinkets out of found mortar shells and bullets; a tiny mosque with men saying their prayers; a 15th-century han, a traditional inn and remnant of the old Silk Road, where stylish young Sarajevans drink tiny cups of tea and smoke hookah pipes.

But the most famous spot is a rather ordinary street corner. It is here that on June 28, 1914, Gavrilo Princip assassinated Archduke Franz Ferdinand and sparked the First World War. Until recently, an adjacent bridge bore the assassin's name. In striking a blow against the powerful Austro-Hungarian Empire, Princip became a folk hero in this city; before it was moved into a museum, a statue of his footprints – a sort of one-square walk of fame – stood here, and locals would routinely stoop down and kiss it on their way by.

After seeing the Old Town, Zuka drives me out to the "Tunnel of Life," a narrow, leaky 800-metre passage that ran under the United Nations-controlled airport and served as Sarajevo's only physical link to the outside world during the siege. Through it, the Bosnian Army brought food, supplies and weapons. After walking the 25 metres that have been reopened for visitors, we watch a video that includes war footage. So far Zuka has been reluctant to talk in detail (and I have been reticent to push) about the difficult days of his childhood, but he suddenly turns to me as an air-raid siren sounds on the screen. "I remember that," he says. "As a kid, you didn't know where to run. No one did."

The siege took the lives of about 11,000 people in Sarajevo, and I've been told that, to truly understand both the war and the city, I must get outside of the core, up onto the beautiful green hillsides that hem in the city from all sides and stand in stark contrast to a backdrop of stunning, snow-capped peaks. Through a series of haphazard inquiries, I find Nermin Kandzivas, a mountain of a man who now operates his own small taxi service and who was born and raised in in the city, to take me on a scenic ride.

Kandzivas was a teenager during the siege. For decades before the war, he explains, Bosnian Serbs, Croats and Muslims (who are called "Bosniaks") lived in harmony, even celebrating one another's holidays and intermarrying. But all that changed. "I blame the politicians. I mean, I know you 20 years, and some … politician tells me to shoot you? It was so stupid," he says on the drive up to the Lav Cemetery.

Lav is Bosnian for lion, and indeed a huge statue of a male lion presides over this hillside dotted with white graves. As I walk among them – crosses for Serbs and Croats, obelisks for Bosniaks – I take note of the fact that, while the birth years vary widely, the date after the hyphen is almost always the same: 1992. Young and old, men, women and children, Serbs, Croats and Bosniaks, they all perished together. The graves overlook the former Olympic village, stadium and ice palace, remnants of a Games that Sports Illustrated called "the sweetest Winter Olympics of them all." It's a stark reminder of how quickly things can change in the life of a city.

But while places such as Sarajevo have a long memory – many people told me that they will "forgive, but never forget" – they also have deep, strong roots. Kandzivas takes me to a high summit which, in addition to the sweeping views, gives me greater insights into just what happened here. All around, the hillsides reveal stories from the siege, the front lines visible – old, deep green trees that hid the Serbian soldiers up high; and below, the lighter, younger foliage that replaced the trees cut for firewood by the besieged.

But in the centre of it all stands the ancient city, still bustling with life. And then the call to prayer sounds – the mournful cries of the muezzin and, in between breaths, the much-softer clang of a single church bell. Peace fills the valley once again, and this European Jerusalem is well on its way to a promising future.

"Some people want to divide us," Zuka had told me during our tour, "but the younger generation, we think differently. For us, we are all Bosnians."

Tim Johnson spends most days on the road. His accommodations were provided by the Hotel Bristol. It did not review or approve this article.

Tripping in Bosnia: You can’t always rely on your Canadian smile
May 9, 2018 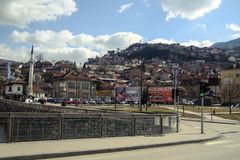 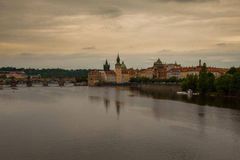