I am sorry to break the news, but the hammock, that iconic symbol of summer relaxation, in which you're not supposed to be thinking deeply about anything at all, except maybe when your favourite beer will be handed to you, has become loaded with meaning. You might even say it has gone highbrow.

If you can manage sex in one, for instance, you're more balanced and inventive than those who attempt coitus in a canoe. (Check out, on YouTube, the Hammock Sutra, which gives a whole new meaning to the notion of a swinging sex life.)

When it comes to design semiotics, the kind of hammock you choose can speak about your character. (Sling any old canvas one between two maples and you're a backyard Thoreau. Purchase a Tuuci Air Lounge, which sells for approximately $400, and you're among those who believe that everything, even items that are meant be simple and utilitarian, should be subject to capital-D design; these are the same people who can be identified by their Hermès bath towels and their crustless PB&Js.)

The hammock is a proven sleep aid, as documented by a recent Swiss study that shows how the swinging motion synchronizes brain waves, promoting the faster onset of a deeper state of slumber. Last but not least, it's a gateway to enlightenment, a philosophy unto itself and a possible facilitator of community engagement.

Oh, I know, you might need to find a hammock and have a sip of beer to decompress after that weighty paragraph. Go ahead. I'll wait. Such meta-thinking is what happens when something that anthropologists say dates back more than 1,000 years is still popular. We find new meaning in it.

The reasons it first became popular remain, of course. Indigenous Central Americans made them out of tree bark and plant fibres to create a convenient sling that lifted the sleeper off the dirty floor of a hut or a forest, protecting them from snakes and other creatures. It was Christopher Columbus who reportedly first took them to Europe, where, by the mid-16th century, the English and Spanish fleets had adopted the hammock as an easy, cost-efficient way to accommodate a shipload of men.

But now, in a complex world, they have become symbols of an existential longing. They're a return to the womb. In one, you're enveloped, suspended and cradled, rocked gently by Mother Nature. That was the feeling that Eoin Finn got in 2005, when he was lying in a hammock in Costa Rica and had a revelation that led him to start a global movement he calls "hammock enlightenment."

"As humans, we make things so complicated," he tells me on the phone from Vancouver, where he lives when he's not leading yoga retreats in other parts of the world. "I was sitting in a hammock every day and one day I thought, 'Oh, this is the feeling of enlightenment that gurus speak of. I feel happy. I am present. My breath is relaxed. I am calm. I am connected to the Earth. I was looking at the light poking through the leaves of the trees. The hammock represents all the values that we need to reinstate in our society to make this not just a sustainable place but a thriving one."

Finn had had a similarly cosmic experience as a child, lying in a hammock one summer near Haliburton, Ont., where he was born and raised.

"It was a summer night and I looked up at the stars and got lost in the mystery of life," he recalls. After graduating from Halifax's Dalhousie University with a degree in philosophy, he went on to make his passion for yoga and hammocks into a lifestyle brand called Blissology. (I must break it to you that there's a "Blissology Prana-Meter," which enables you to find a balanced diet.)

After his hammock revelation in 2005, he had another one. If he couldn't bring the world to Costa Rica to experience "hammock enlightenment" at his retreat, he could bring the hammocks to the world – and not just to some out-of-town field. No, he would bring them to the heart of what he feels is so wrong with modern culture – to the business districts of major cities, the places where people never relax, not even at lunch hour.

His first foray, a kind of "art installation project," was in Vancouver in 2006. Finn and his "Bliss army" strung up 20 hammocks on Robson Street near the Vancouver Art Gallery.

"We weren't selling anything. We were promoting relaxation," he explains. "The philosophy behind it is that, if we didn't have such a busy society, we would be more connected. People don't have time to connect to themselves, to others, to nature, to the community and even to their bodies. What I do is not just yoga. Blissology is about connection, the opposite of isolation. You put a bunch of hammocks up, and there's a little village where people will start talking to one another."

The 44-year-old married father of one has done annual hammock installations ever since, in venues such as New York, San Francisco, Tokyo and Toronto. "Some people are reluctant at first. But a lot of business people told us later that, after spending just 10 minutes in a hammock, they were more productive at work. In Vancouver, a Supreme Court judge told us he was much more focused afterward. What baseball player plays a full game? We are expected to have coffee and keep going."

Finn is a backyard Thoreau. "I try to get into one every day," he tells me.

But isn't it a bit much to load such a simple thing with so much expectation and meaning?

"The hammock is an instrument," he murmurs soothingly. "People could get into one and not have this experience. That's fine. Different people will pick up a guitar and one will play something classical while another will play Celine Dion."

There you go. You can stop thinking now. Sip your beer in your hammock. There's no need to feel inadequate if you have failed to achieve spiritual orgasm. A nap will suffice. 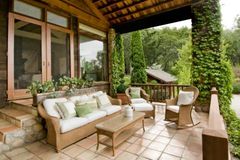 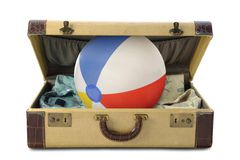 Family friendly resort throws in evening of babysitting with your villa
June 14, 2013