I pride myself on having been a good mother. I am also a teacher. Mother. Teacher. Powerful forces at work in one body.

Perhaps that's the reason why, whatever activities my husband and I planned for our children, I was always imagining the results of our endeavours played out in a classroom setting.

When we had the idea of spending the summer on a family camping trip across Canada, my thoughts turned inevitably to how my children might remember or talk about it at school. The boys were 9 and 12 at the time.

To start, we went shopping for a minivan. Finding one with two captain seats in the back – with their subtle promise of keeping the boys physically apart and mitigating the inevitable poking, pinching, shoving, twisting and stealing that an extended road trip can engender – clinched the deal for us.

Then it was on to the accumulation of reading materials for the road. I combed second-hand bookstores until I had found and purchased the entire Anne of Green Gables series, Janet Lunn's eminently accessible history The Story of Canada, Hugh MacLennan's Barometer Rising (I do get the fact that I was aiming high), and Ghost stories of Saskatchewan for reading in the tent.

The purchase of personal journals completed the activity box, which occupied pride of place on the minivan floor between the boys.

(In fact, the box also provided a handy perch for jumbo bags of Doritos, family-size sacks of jujubes, personal-size packs of Hawkins Cheezies bought at a premium at gas stations, and a stash of chewing-gum wrappers.)

After launching the trip with a symbolic dipping of our toes in the Pacific Ocean, we settled into a daily rhythm of driving. We made the boys read a chapter a day of the history book, work their way steadily through the other reading materials, and keep a journal of their experiences. (My husband used to be a teacher, too – we can't help ourselves.)

And there was Canada, unfolding for us kilometre after kilometre as we worked our way eastward.

In Alberta, we waded into a wheat field and the boys learned how to knock the grains of wheat out of the spike and chew them until they turned into gum.

In Saskatchewan, we stood at dusk atop a hill overlooking the Qu'Appelle Valley and watched a thunderstorm careen down the valley toward us until the barrage of rain drove us into our tent.

Once inside, I read aloud from Pauline Johnson's The Legend of the Qu'Appelle Valley as the thunder rolled:

This – and no more; I called aloud until

I shuddered as the gloom of night increased,

The moon arose in silence in the east.

In Blue Pond (pronounced "pand") in Newfoundland, we set up next to the only other campers in the campground. With them, we traded half a store-bought chocolate birthday cake for a Ziploc bag of dried capelin and an explanation of how to catch and dry the small, smelt-like fish that lasted as long as the case of beer we'd pulled out.

In Carbonear, also in Newfoundland, we sat beneath the stars at a Celtic folk festival and ate fish 'n brewis made up specially by the local ladies, and wondered about the source of the codfish when we had only just been learning about the collapse of the cod fishery.

We circled back to Nova Scotia, and in Halifax our oldest son refused to visit the Citadel, claiming he couldn't stomach one more citadel or church or museum.

He opted instead to sit in the van and read a John Grisham novel. We sulked, maintaining that he had a bad attitude toward citadels and learning in general.

Later, on a red sand beach in Prince Edward Island, the boys spent half a day reconstructing, in sand, Quebec city's Citadel.

In perfectly executed detail, they made a number of modifications that they were positive would have effectively repelled the English if the French had only thought out their fortifications more carefully.

Their father and I ate a healthy serving of humble pie.

You get the picture. It was a summer of close family contact (35 nights together in a tent), mountains of junk food and (be still, my teacher's heart) education, culture and history.

So, when one of our boys brought home his first writing assignment of the new school year, the inevitable "What I Loved Best About Summer" paragraph, I read it with horror.

In it, he graphically described the time he went to his friend's place and they got to eat KFC and play Super Nintendo. In the margin, his teacher had written the kindly comment that she was so glad he had had a good summer.

My lofty vision of a lengthy treatise on Canadian culture was dashed.

I got over it. The boys still talk about the road trip to end all road trips, and they possess an abiding appreciation for the country in which they live.

Facts & Arguments
How a squirrel in my fireplace helped me bond with my brother
June 16, 2013 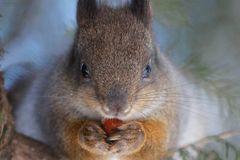 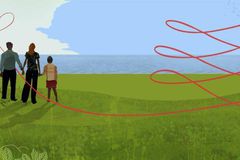