Ernest Hemingway is reputed to have once said that "one cat just leads to another." If he had met my wife, he would have known just how right he was.

My better half and I are part-time farmers, or, perhaps more correctly, wannabe farmers. We have been at it for about 30 years but we are not all that proficient, probably because neither of our families came from an agricultural background.

We love the countryside, and so we have a farm. Farms come with barns, and barns need animals, so we have horses and sheep.

To feed the animals we have grain, which means we have mice. And because of the mice, we have cats.

At last count, our barn had 12 cats. Our house has four. It was five until recently, but Guthog – named for his large appetite – a filthy-tempered male who appeared out of nowhere, and on whom my wife doted, appears to have met an untimely end or found a better deal. The latter is unlikely if you consider the attention my wife lavishes on these cats.

It is the barn cats that worry us most. They live a harder life. For them, survival – much less food and a warm bed – cannot be taken for granted, notwithstanding the attention we give them.

The barn population ebbs and flows. In January, we tend to get a spike when city people who receive cats or kittens for Christmas become disillusioned with them.

Perhaps the little charmers were a huge success at first, until they started to claw down the tree decorations. New owners sometimes conclude that used cat litter is no fun, scratched sofas are annoying and declawing is expensive. After some genuine agonizing, followed by equally sincere rationalization, a trip to the country is made and the felines are dropped off in front of any farm with a barn emitting a warm friendly glow. (Note to self: Stop buying light bulbs that emit a warm friendly glow.)

Then there are cats that visit from other barns and find the accommodations in ours much better, what with the heating mats covered by warm blankets and the twice-daily top-up of kibble and liver treats (from our grocery budget) to supplement the mouse diet.

My wife is the most responsible animal owner I have ever met. She worked 20-odd years in veterinary clinics, so it's inevitable that our cats get the best. We chase down all the new arrivals so we can get them spayed or neutered (out of our entertainment budget – we cut off our cable in the summer). We have an 80- to 90-per-cent success rate in catching them, so that slows down the population growth somewhat.

The real population controllers are much more sinister. In our area, we have fishers, coyotes, foxes and the like, whose diets include cats – especially kittens, as they are much more vulnerable.

In addition, we have country roads bisecting many likely mousing locations.

So, in the summer and on a regular basis, Little Orangey, Grey Boy or Big Orangey (my wife is not given to catchy names) will stop showing up for the daily top-ups. This leads to endless worry, hope and speculation at the dinner table.

Every morning, as we eat breakfast, we eagerly look out at the barn, fascinated by the ongoing cat dramas (see note above about entertainment budget). One cat will be returning with something dead in its mouth; another is intently stalking a leaf. One is sitting in the barn window staring wistfully at the pigeons flying overhead. Two more are playing hide and seek.

While the scene is engagingly pastoral, we are mostly looking for a glimpse of a missing cat. We earnestly discuss all of this, hoping and almost convincing ourselves that Guthog or Grey Boy may have found a better deal, though in our hearts we know the truth.

Every now and then, a missing-in-action cat will return. We are thrilled, and will discuss this at length over the last piece of bacon (which the house cats are trying to get their paws on). For us, this is a triumph over the circle of life. Though it's an unearned triumph, it is one in which we will nonetheless rejoice.

We understand that the circle of life is just as impartial as it is finite and inevitable. And we know that we, too, are only passengers.

However, humankind is not as harsh as nature, nor as thoughtless or oblivious. We are humankind, and so we care.

The result is too many barn cats and too much expense. But at the end of the day, Hamburger Helper is really not that bad every now and then.

The drama has us glued to the kitchen window each day, and a number of cats have had a better life.

Most importantly, I have had countless engaging and focused mealtime conversations with the one I love as we both move toward completing our own circle of life.

And that, as the cliché goes, is priceless.

Facts & Arguments
How I survived a raccoon attack (no, really)
November 21, 2012 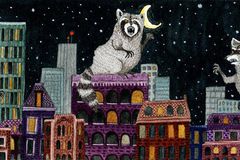 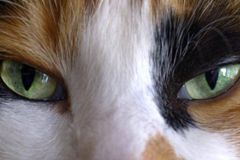