Yasmin Warsame was five months pregnant and out walking with friends when a modelling scout stopped the statuesque beauty on a Toronto street in the summer of 1997 to tell her she ought to be on the cover of a magazine.

"He said, 'Give me just half an hour of your time, and you won't regret it,'" recalls the Seneca College graduate who had been working as an administrator in a Toronto medical office after taking degrees in psychology and social sciences.

"I did, and I have never looked back."

She was 22 at the time, an age when most models are ready to retire.

But after deciding to give modelling a try, Warsame, the youngest of 21 children born to a father who had three wives, soon soared to the top of her profession.

"I was as new to the industry as anyone could be, but my look was never a problem," says the Somali native who came to Canada in 1991 at 15 to live with some of her older siblings who had immigrated to the country before her.

Warsame worked her first modelling job, a hair show, while still pregnant. Following the birth of her son, Hamzah, she graduated to a photo shoot for the Sears catalogue.

But her innate elegance and head-turning beauty were a cut above, and after switching agencies, she was sent to Europe with the understanding that her look was better suited to the international runway.

After landing in Paris for the first time in 2002, her first appointment of the day was with Tom Ford, then the top designer with Gucci. Her second was with Karl Lagerfeld, the chief designer for Chanel.

Both hired her on the spot to walk in their respective ready-to-wear shows.

"I then walked for Valentino and Lanvin, pretty much all the big shows," says the model, whose easy manner and natural ebullience are as compelling as her dark eyes and swan-like neck.

"I also did a lot of editorial right away. I shot for Steven Meisel and Mario Testino, all the major photographers, and I did all the Vogues – British, Italian, French, German and American Vogue, as well."

But the moment the 5-foot-11 supermodel, whom U.S. designer Michael Kors once dubbed the next Iman, referencing the celebrated African model of the 1980s, realized she had really made it big was when she saw her face magnified more than 100 times on a series of gigantic billboards across Milan, fashion capital of Italy.

"It took me by surprise," she says. "It really was surreal."

"I don't know what that's supposed to feel like," continues the woman voted most alluring Canadian in a 2004 reader poll conducted by Fashion magazine. "For me it was more, wow, what am I doing up there?"

From that billboard came increased recognition.

Back in Canada, she was hired by CTV to be a judge on its reality television series, Canada's Next Top Model, a position she held for two seasons until the show's demise in 2009.

Today, at 36, she continues to model. She walked for the Jean Paul Gaultier show held last February in Paris and appeared in the Dare to Wear show recently held in Toronto at World MasterCard Fashion Week.

But her most compelling assignment these days is as ambassador for The African Future, a charity that gets medical supplies to Somali hospitals.

A Muslim who wears the hijab when not on the catwalk, Warsame uses her star presence for raising funds as well as awareness for a cause close to her heart.

"We have to get the word out as much as we can that Africa needs our help," she says. "I've got a passion for Africa not only because that's where I am from, but because it's a place that's suffering, and my heart goes out to any place where there's misery."

Closer to home in Toronto, Warsame also volunteers to help the Somali Youth Coalition, which is dedicated to keeping young people in school and off the streets.

Another of her pet projects is Canadian fashion, which she wears religiously, making sure whenever she makes a public appearance that the clothes on her back are by Canadian designers.

"There's so much talent here," she asserts. "By wearing the work of Canadian designers I am showcasing them, and in my way giving thanks for a journey in fashion that continues to be incredible."

How Justin Timberlake is becoming a worthy heir to Michael Jackson's throne
May 11, 2018 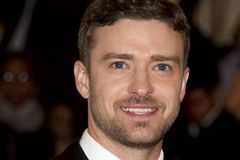 Tips from Down Under: Australian chef Curtis Stone’s recipe for success
May 11, 2018 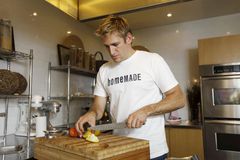 From singer to creative darling: How Maroon 5's Adam Levine became a household name
May 11, 2018 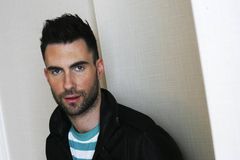 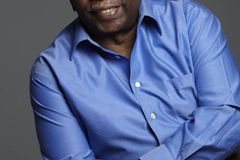 Cinthya Chalifoux’s clothing creations a cut above
May 11, 2018 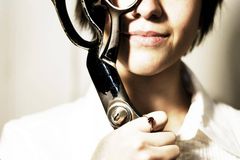 Hoda Paripoush pours her heart and art into every cup
May 11, 2018 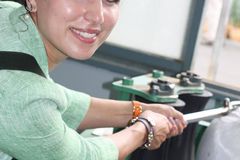