"Every person who has carnal intercourse against the order of nature with any person … shall be liable to imprisonment for 10 years." This is a quote from the Belize criminal code, one of the first things you read when you Google "LGBTQ rights in Belize."

My first step when planning a trip begins with this kind of quick reference check to determine how gay-friendly the destination is. I get a chart that outlines how the country rates on this tier of human rights. It lists the legalities of same-sex sexual activity, marriage, union recognition, whether there are anti-discrimination laws on the books in employment and other areas, whether LGBTQ people can adopt a child, serve in the military, etc. More often than not, these charts are a sea of red Xs not green checkmarks – and that's true for a lot of the Caribbean countries many Canadians visit without blinking.

"Don't go there! They throw us fags in jail," a friend of mine said recently, only half-jokingly, when the subject of a trip to St. Lucia came up. He was referring to the fact that the island – just like Belize and dozens of others – still considers same-sex sex illegal, with a penalty of up to life imprisonment. Happily, this is not enforced. So why is it still on the law books?

With so many good things going for the LGBTQ community these days despite the Orlando shootings – Italy granting civil unions, the Trans Pride flag hanging in the House of Commons – I think twice about heading to countries that still look at me sideways at the border, including the United States.

Recently, 61 per cent of LGBTQ people surveyed by British travel company Out of Office revealed they don't go to places where homosexuality is illegal – which adds up to more than 70 countries. That's a lot of pink dollars being spent elsewhere.

A year ago, soon after the United States ruled to allow gay marriage, a Caribbean tourism representative said to me: "There are two things we don't talk about: that and gambling." He was referring to the homosexual demographic and that other scourge of the church: the casino. Did he not realize that thousands of LGBTQ people would now start planning their honeymoons? You're fired, I thought.

I've found the French- and Dutch-administered vacation spots of St. Maarten/St. Martin, Martinique and Curacao are welcoming, while the (mostly British) islands of Jamaica, Antigua, St. Kitts, St. Lucia, St. Vincent and Trinidad and Tobago are less so. And it's not that I have anything against the people of places like Trinidad, it's just hard to care about countries whose governments – and perhaps some of its people – would really rather I didn't exist. Why would I even consider spending my money there? (I'm talking to you, Russia.)

But then I start to wonder, well, why should the people of a less-enlightened government suffer from my lack of tourist dollars, when it's their leaders and law-makers who are the idiots? Isn't it better to have your voice heard, to challenge the lack of human rights in these places? It may be that being in people's faces is how to get the point across, how to sway foreign countries to recognize LGBTQ rights. I can't help feeling that a trip to St. Lucia with my partner and six of our friends would chip away at the stereotypes and homophobia, even just a little bit.

Some conservative populations are already there. "We love gay people!" a taxi driver yelled at us at the cruise ship dock in Barbados, as 2,000 men spilled off an Atlantis Events gay cruise this past March. When even the cab drivers are saying, "You are welcome!" you have to question all the boycotting. I really hope the Orlando tragedy doesn't cause anyone to steer clear of Florida; those people need our support now more than ever.

But does Jamaica care that I will never grace its shores? Probably not. When Prime Minister Justin Trudeau marches in Toronto's Gay Pride Parade in July, will other world leaders take note? I'll cross my fingers.

Doug Wallace is a Toronto-based travel writer, and editor of TravelRight.Today.

Where can LGBT travellers find sun and safety?
April 27, 2012 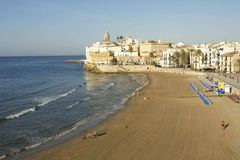 The case for gay rights and avoiding Russia: ‘If you’re going to boycott Russia, please don’t do it quietly’
August 3, 2013 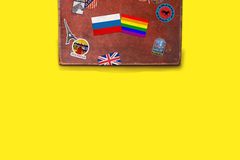 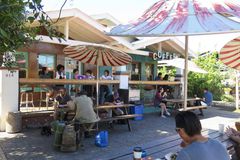