Now that obesity is a disease, will there be fewer obese people? Don't count on it.

According to the American Medical Association, obesity is now officially classified as a disease, which ideally will prompt physicians to take the condition more seriously and convince more insurance companies to pay for treatments.

The AMA made the announcement at their annual meeting in Chicago this week, but the decision didn't come easy. In making the decision, AMA delegates overrode a recommendation against doing so by a committee that had closely studied the matter.

The vote went directly against the AMA's own Council on Science and Public Health, which had studied the issue for the past year. According to the council, obesity is not a disease because the measure normally used to define obesity–body mass index, or BMI–is simplistic and flawed.

It turns out some people with a BMI above the level that usually defines obesity are perfectly healthy, while others below it can have unhealthy levels of body fat and metabolic problems normally associated with obese people.

In the council's own words: "Given the existing limitations of BMI to diagnose obesity in clinical practice, it is unclear that recognizing obesity as a disease, as opposed to a 'condition' or 'disorder,' will result in improved health outcomes."

The same council also pointed out that there are no specific symptoms associated with obesity and that it is more of a risk factor for other conditions than a disease in its own right.

And with disease, there naturally comes remedies from the pharmaceutical world. Yes, indeed, there are obesity pills.

Two brand-new obesity drugs, Qsymia and Belviq, have entered the picture. Belviq became available only a week ago, so it's too early to gauge response. Qsymia has been available for a little longer but isn't selling well, possibly because of concerns that the drug can cause birth defects. The recent obesity disease reclassification very likely means that doctors will start prescribing the pill with abandon to overweight people.

In the end, the AMA cast aside the findings of its own council and opted instead for a resolution pushed forward by the American Association of Clinical Endocrinologists, the American College of Cardiology and other organizations.

As the AMA's governing body sees it, obesity is a "multimetabolic and hormonal disease state" that leads to such debilitating ailments as Type 2 diabetes and cardiovascular disease.

To quote directly from the AMA announcement: "The suggestion obesity is not a disease but rather a consequence of a chosen lifestyle exemplified by overeating and/or inactivity is equivalent to suggesting that lung cancer is not a disease because it was brought about by individual choice to smoke cigarettes."

All of which smacks of rather specious reasoning. The AMA made the connection between smoking cigarettes and lung cancer in the early sixties. Half a century later, some smokers get lung cancer, some don't, but the decision to smoke or not remains entirely with the individual.

But obesity is a different matter. The human race lives for shortcuts, so if being obese is now a disease, then one-third of Americans – and surely a commensurate percentage of Canadians – are now officially ill, which in turn could lead to more reliance on expensive drugs and surgery rather than people affecting lifestyle changes.

Why opt for fruit and vegetables and taking long walks when there's lap-band surgery and new wonder diet drugs?

Obesity and osteoarthritis: Without exercise, it's not just your knees that'll hurt
March 3, 2013 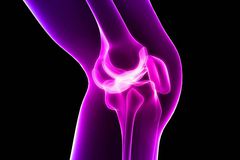 Shaming the obese ‘tastefully’: An oxymoron if ever there was one
January 24, 2013 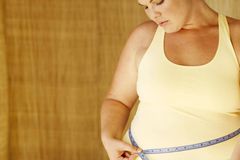 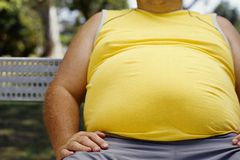