Is My Little Pony getting a little too frisky for kids?

That's what some mothers are claiming, according to an article in the New York Daily News. A group of New York moms are griping that the semi-iconic cartoon horses have been morphed into tarty high-schoolers in the new movie My Little Pony: Equestria Girls, which arrives in theatres this weekend.

And this time the moms just might have a point.

As conceived and marketed by the Hasbro toy company, the original My Little Pony, which debuted in 1981 as My Pretty Pony, was a sturdy, stout-legged little filly with big eyes and a shy smile. The figure became smaller and gained a flowing mane in the mid-eighties when it was transformed into My Little Pony and starred in its own animated series.

My Little Pony evolved further for its more recent TV incarnation in the animated series Friendship is Magic. Suddenly Rainbow Dash, Rarity, Fluttershy and Pinkie Pie were sleeker but with longer legs and oversized anime-style eyes.

But they were still entirely acceptable role models to young children, primarily females. All preexisting equine templates appear to have been thrown out the window for Equestria Girls. Now the cute little horses are wearing tight tops, short mini-skirts and punky hairstyles, replete with suggestive makeup and boots, which has some mothers seeing red.

"They look like the Spice Girls," said New York mom Karen Lau, who told The Daily News she's boycotting the Equestria movie. "They're a little too sexy. It's an image I don't want my daughters to grow up with."

More alarmingly, the new Equestria ponies are rail-thin and clearly not eating their daily regimen of oats. "The ponies look anorexic," said Gabby Gutierrez, a full-time nanny on New York's Upper West Side.

Weirder still, the characters are standing upright on two legs in Equestria Girls. At some point during the evolutionary process, their front legs fell off and they grew human-style arms. Hasbro, which also financed the film, says the changes are all part of furthering young and active imaginations.

"It's still about the power of Pony, just now in a different form that allows them to do different things in this parallel universe that they can't do in Ponyville," said Hasbro marketing director Donna Tobin.

And apparently My Little Pony is only the latest example of corporations sexualizing beloved kids icons. A good number of young fans went sour on Strawberry Shortcake once she slimmed down and started wearing lipstick in a 2008 makeover. The creators of Dora the Explorer went for a slightly older tween audience in 2009 when they put a skirt on her instead of shorts.

And just last Christmas, Disney itself allowed a way-too-thin Minnie Mouse to model Lanvin at a New York fashion show. How long can it be before Miss Piggy is put on a diet and exercise regimen?

But still, My Little Pony? In the final tally, the parental response to the sexualization of the equine heroine in the new movie will likely echo that of New York mom Didi Sanchez, whose four-year-old daughter is a huge fan of the cartoon horses.

"I hope to God she never hears about this movie," said Sanchez.

When is the least productive time of day? New study pinpoints the hour and minute
June 7, 2013 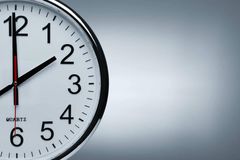 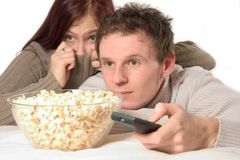 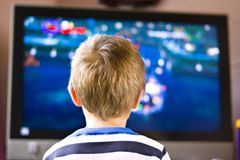