Last March, while interviewing a group of smart, well-spoken high-school students about, in part, the perils of PhotoShop, the girls made a confession: Victoria's Secret Fashion Show is practically must-see TV among their female peers. They even post pictures of their favourite bikini-clad models online as diet incentives.

So you can bet most teenage girls won't need a flashy marketing campaign to learn about a new underwear line at Victoria's Secret. You only have to spend five after-school minutes at a La Senza store to see that it's smart business to cater to this crowd, just as Victoria's Secret has now done with its new Pretty Young Things campaign, and for which it is now receiving heaps of scorn. Parents are announcing boycotts. Petitions are under way.

The trouble started, as Slate reports, when Limited Brands' chief financial officer Stuart Burgdoerfer acknowledged to Business Insider that 15- and 16-year-old girls might be interested in the Victoria's Secret brand's new Pink Line. The Pink Line includes a lot of sweatshirts with the word Pink on them and cheerfully coloured underwear – including "date panties" – that one doubts is on the top of a male wish list. But it also apparently includes thongs with sayings such as "call me," "feeling lucky" and "wild." Or at least it did – those products appear to have coincidentally vanished from the brand's website as of last night.

Having your 15-year-old daughter go out the door wearing "feeling lucky" underwear is enough to cause parental palpitations. But it seems, um, cheeky, to lay all the blame on the company: Firstly, one might ask how the underwear got in her drawer in the first place.

One father, in a letter criticizing Victoria's Secret that went viral, said he wanted his daughter, and all girls, to "be faced with tough decisions in her formative years … decisions like should I be a doctor or lawyer?" and what university to go to and what social cause to support. Not, he writes, "will a boy (or girl) like me if I wear a 'call me' thong?"

It's an impassioned letter, but the dad is speaking from his heart about his three-year-old daughter. Teenage girls are already asking the latter question he poses – many of them, at the same time, are also asking all the others on his list. And more egregious than marketing underwear to college students that teenagers might buy, our culture is starting the sales job on girls earlier and earlier – from the dolls in their belly shirts who need to get their nails done, to pink Lego, to bikinis for toddlers, to Barbie and her former math woes. Consumer activism is a worthy tool in these cases, but getting some tacky underwear yanked off the shelf means one temporarily empty space in the big, wide shopping mall. Perhaps the energy of mothers, fathers and role models may be just as well spent educating the girls (and boys) about the marketing messages they receive everywhere so they may not be so susceptible to them. (All the better if that means a conversation that considers why a girl would even wear the words "call me" on her underwear in the first place – and why a company would think they would actually buy them.)

So that the next time they scan a Victoria's Secret catalogue, they'll realize the photos with perfect skin and skinny thighs are manipulated fakes. And, ideally, when they choose pretty underwear, they'll be buying it because they like it and not because a boy might. And if any petition needs to be sent, they'll have been empowered to write it and sign it themselves. 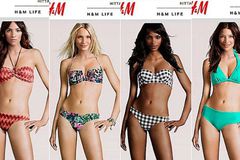 The skinny on Victoria's Secret: Are 'Angels' setting a bad example?
November 30, 2011 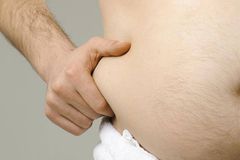