Pass the shaker, dad: Will the kiddies be mixing green cocktails at your house this St. Patrick's Day?

Over at Slate, the issue of children mixing drinks à la Sally Draper came up when Troy Patterson – who gives advice as "Gentleman Scholar" – addressed this reader question on Thursday: "I have a three-year-old who, in a year or so, should become quite capable of mixing alcoholic drinks. Should I make an attempt at bringing to life this small part of the Mad Men universe?"

Patterson divulged that his own two-year-old son had recently shoved a whole lemon into a cocktail shaker for daddy's make-believe drink.

"I soon enough came to recognize my discomfort as a reflex conditioned by our culture's hypocritically selective association of liquor and sin," Patterson wrote. "I began to reason that being straightforward with the child about adult beverages would be more healthful than building a strong taboo around booze."

Patterson decided to interview two "veterans of the children's mixology circuit" – adults who had learned to make cocktails by age eight – to determine just "what are the long-term consequences of muddling mommy's Old Fashioned." One is now the father of 11- and seven-year-old sons; he has them pour his wine, reasoning that it's his duty to teach them that alcohol isn't about "beer funnels and doing 20 shots."

The other deep throat source, a woman in her late 20s, recalled mixing martinis at her parents' dinner parties, with tons of olives: "It made me feel like I had a role in my parents' parties, and an important role of participating directly in something that gave people pleasure. Much better than putting away coats," she told Patterson.

Her reasoning was the same as the father's: "Do parents just want people to be 16 and swigging peach schnapps in somebody's basement? That's setting them up for failure. I think there's something important about teaching children that things can be done well."

The issue of pint-sized bartenders is part of a larger question: should parents teach their teenagers how to drink responsibly? A Wall Street Journal story on the topic suggested research is mixed on whether teens who imbibe lightly with their parents at family meals – think countries like France and Italy where no legal drinking age exists – are more vulnerable to alcohol abuse later on in their lives.

Some Slate readers argued that letting your kid play mixologist (even with make-believe ingredients) sends a bad message down the line. "OK, so imagine your kid goes to kindergarten and tells his teacher that he can mix martinis. Do you really want to deal with the fallout of that?" wrote one commenter.

But far more reactions were not of the PTA-mom variety: apparently mixing daddy's martini was a favourite childhood pastime of numerous Slate readers, meaning the advice column turned into a nostalgia festival in the comments section. "I'm 47 and some of my fondest memories involve mixing drinks as a youngster. I mixed my father's martinis (on the rocks, 6:1 gin:vermouth, three olives) each night from the age of seven," wrote one. "We used to mix drinks for our family and sometimes would make the drink a triple, we thought getting people drunk would be funny," wrote another.

Still another had this to say: "I think teaching your kid how to enjoy alcohol responsibly is like teaching them about sex: ... If you talk to them about the subject like an adult, when [it's] brought up by their friends it will not have the same mystery and won't feel as forbidden."

What's your feeling? Is it okay to let your kids mix your drinks occasionally, or is it a bad parenting move not likely to yield responsible drinking, let alone a decent martini? 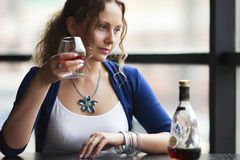 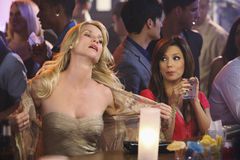 Parents who drink heavily more likely to have kids who do the same: study
December 4, 2012
Follow Zosia Bielski on Twitter @ZosiaBielski
Report an error Editorial code of conduct
Due to technical reasons, we have temporarily removed commenting from our articles. We hope to have this fixed soon. Thank you for your patience. If you are looking to give feedback on our new site, please send it along to feedback@globeandmail.com. If you want to write a letter to the editor, please forward to letters@globeandmail.com.
Comments