Today's teens are more materialistic but less willing to work for their toys than baby boomers were when they were in high school, according to an incendiary new study that assessed the work ethic of three generations of high-school seniors.

Published this week, the findings were sourced from a national survey of 355,000 U.S. high-school seniors. Conducted between 1976 and 2007, the survey asked teens about materialism and the motivation to work hard to earn the good life.

The teens were all asked to rate how important it was to own "a house of my own (instead of an apartment or condominium)," "a new car every two to three years" and "a vacation house," among other shiny objects. They were also quizzed about how much they agreed with statements such as, "I expect my work to be a very central part of my life."

Good luck there, Generation Me.

This fantasy gap often shows up in generations marked by narcissism and entitlement, said Twenge, author of the book Generation Me: Why Today's Young Americans are More Confident, Assertive, Entitled – and More Miserable than Ever Before. She and her co-author Tim Kasser, a Knox College psychology professor in Illinois, argue that materialism is worth studying, since it is often linked to depression and anxiety.

Predictably, some boomers had no love for the entitled millennial cohort. "Gosh, when I got out of school I pumped gas, washed dishes and did whatever I could to make ends meet until a position as head of a corporation opened up for me. I never realized I had the option to bitch and moan about it," wrote one Salon reader, sounding very much like a pissed-off dad.

But many others saw it the millennials' way.

"I'm pretty fed up with my 50-plus generation pompously declaring that teenagers don't know what hard work is. Of course they do and with their IT skills they are better equipped to face it than many of my fogey peers," wrote one reader at the Telegraph.

"They've grown up in a world where a lot of parents have been able to live way beyond their means thanks to credit," wrote another commenter at the Daily Mail, which ran its story with a stock image of a millennial snoozing atop her keyboard.

"They aren't stupid; they know the system is rigged against them. Work hard and your job will be outsourced. Get a college degree and spend your life paying back student loans," wrote a particularly shrewd reader at Salon. "At the same time, these kids were raised in McMansions where they didn't even have to share a bathroom with a sibling, by helicopter parents who wrote their term papers for them. … So what else would you expect? It's not their fault."

And as another reader at the Telegraph summed it up, "If you can't dream when you're at school, when will you ever be able to?"

How do you see it?

'I AM NOT MY PARENTS': Why Ireland Baldwin doesn’t appreciate comparisons to Alec and Kim Basinger
May 2, 2013 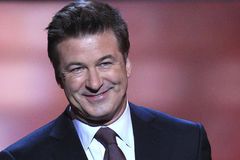 Should NRA T-shirt-wearing teen have been arrested and suspended from school?
April 23, 2013 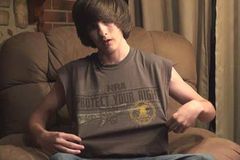 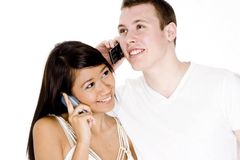 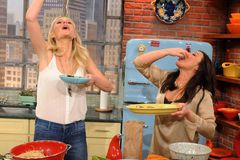 How many teens are mixing energy drinks and alcohol? How many know the risks?
January 24, 2013 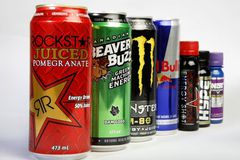