Hindsight is a blunt therapist. When Eva's fiancé, in a rage over the wording of their wedding invitations, and yelling at her while driving, smashed into the car in front of them, she tried to see the incident in the best light: It was wedding stress.

When, while fighting over why she didn't want to go to a movie, he grabbed her shoulders and shook her in front of a girlfriend, the sympathetic girl talk later focused on why he couldn't go alone rather than the shaking.

When he heaved the remote at her across the living room, and hit her with it, a male acquaintance whose help she sought told her, "At least it was just the remote, and not the TV."

No one wanted to see what was happening, and where it was leading – not her, not her friends. "It's really hard for the woman to face reality. But people don't want to have to see it for what it is," says Eva, now 38, who left the marriage soon after and now counsels women through the same situations as a veteran shelter worker in Ontario. "We need to make it an acceptable conversation we can talk about."

Certainly, Nigella Lawson was a conversation-starter this week, after photographs surfaced of her husband grabbing her neck during an apparent argument in a restaurant. The pictures – and the couple's subsequent return to the same restaurant for a quiet dinner, as if for show – were shocking because Lawson, a wealthy, influential celebrity, doesn't fit the rationalized portrait we like to paint of potential victims of domestic violence.

But study after study shows that domestic violence crosses class and culture, and a new groundbreaking analysis of the statistics by an international research team, including the World Health Organization, has produce a disturbing global figure: Around the world, nearly one in three women will be the victims of physical and sexual abuse by a partner.

"The levels of violence are shocking, there are no two ways about it," says lead author Karen Devries, a Canadian social epidemiologist at the London School of Hygiene and Tropical Medicine. If anything, she suggests, the statistic, based on an analysis of 141 studies in 81 countries, is an underestimation.

The danger of domestic violence is highest, by far, for women in central sub-Saharan Africa, where the rate is 66 per cent. In South Asia, it's 41 per cent. But even in Western Europe and North America, where women have made huge advancements in education and work and legal rights in the past half-century, about one in five women experience physical and sexual abuse from a husband or boyfriend.

In Canada, there are also clear regional differences, capturing the link between domestic violence and poverty and social inequality, particularly for aboriginal women: Nunavut's rate is 13 times the national average, and, among the provinces, Saskatchewan and Manitoba have the highest rates.

"We go into denial about this," says Diane Delaney, co-ordinator of the Provincial Association of Transition Houses and Services of Saskatchewan. "But the more unequal society is within itself, the higher the rates of violence."

The study also looked at the health impact of the violence. Globally, it found that 42 per cent of women experiencing domestic violence suffered a physical injury, such as a broken bone, giving doctors, as well social-service agencies and even neighbours, a key role in early intervention.

Women who experienced domestic violence were also found to be twice as likely to suffer from depression and alcohol abuse, and 1.5 times more likely to acquire a sexually transmitted infection.

Aside from the health impacts, not stepping in early has tragic results: 38 per cent of murdered women are killed by their partners, according to a related study published this week in the medical journal The Lancet, and the rates are highest in high-income countries. For men, the same statistic is only 6 per cent.

Experts say that reducing violence requires addressing a big shortfall in funding for women's-rights groups around the world, especially at the grassroots. A 2011 study in American Political Science Review found that in countries that made the most progress in reducing violence against women, it was feminist organizations at the community level, as opposed to legislation, women in politics or economic factors, that set them apart.

Reducing violence also requires confronting cultural norms – an approach being taken by Edmonton's Indo-Canadian Women's Association, which is using a new federal grant to address the roots of "honour violence" against women seen to be shaming their family.

Women also need viable options to leave, Eva says, a decision made more difficult when affordable housing is in short supply and there are long waits for court orders, especially in more isolated parts of the country.

"The question always is: Why did you stay?" says Paula, a single mother of two in Northern Ontario who left an abusive marriage several years ago. She now chairs an organization that works with survivors of domestic violence. "The reason you stay is you don't think you have the ability to get out."

She suggests that society needs to address the issue of domestic violence early in school with healthy-relationship classes. "It's easy for us to ignore statistics," she says, even when the numbers are large. "People will still say, 'It doesn't happen here.'"

But, as the Nigella Lawson incident shows, it does happen, and often to the women assumed have it all together. "I was your next-door neighbour," Paula points out. "My daughter was in your kid's class." That should be the real conversation-starter.

The real problem with Vice’s suicide-themed fashion shoot (besides the obvious)
June 18, 2013 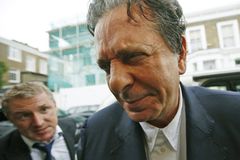 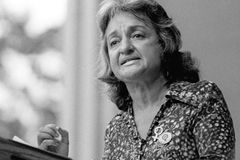