Pussycat, pussycat, where have you been? You have no idea.

Even the most dedicated cat person will be surprised by the furtive feline activity documented in the new documentary, Horizon: The Secret Life of The Cat.

Airing this week in the U.K., the BBC Two documentary chronicles a recent experiment in the Surrey village of Shamley Green that tracked the nocturnal behavior of 50 cats. Not a single kitty went to London to visit the Queen.

The rambling cat study was initiated by Dr. John Bradshaw, an expert in human-animal interactions at Bristol University, who oversaw the project with assistance from cat behaviourist Sarah Ellis. Finding willing cat-owners was the easiest part of the process.

"People were just very intrigued," said Dr. Bradshaw. "They have this life with their cat but have no idea where it goes. All cat owners would like to find out their pet gets up to."

And naturally the most active cats received special attention. Each cat collar collected GPS data on their location in the village and their level of activity. Technicians could then remove the collars and plug them into a computer.

If a cat was particularly active, it would then be fitted with a "cat-cam," a tiny camera dangling from the neck to record activity as the subject went about its nocturnal business.

Although the cats unfailingly went adventure-seeking, most didn't go far. Very few of the cats ventured more than 50 metres away from their home base, instead sticking to distinct, familiar territory.

Eight-year-old tomcat Claude, for example, went on nightly raids to the neighbour's home, where he would enter via cat flap and help himself freely to the food bowl of a ginger named Rosie, who was off on her own nighttime ramblings.

There were exceptions, of course. The researchers ascertained that seven-year-old Sooty was roaming an average of two miles each day over an area covering more than seven acres. Sooty descends from a long line of farm cats, which finally explains why he disappears for long periods of time.

Other cats in the experiment didn't travel great distances, but they were firmly proprietorial on their territory, marking it with their scent that is secreted when they rub against trees and rocks.

As might be expected the documentary features gruesome footage of cats scarfing down the odd mouse or shrew and naturally there is the occasional standoff. In one instance, a tomcat named Ginger is shown regularly invading the yard of a much younger male, named Tigger, just down the street.

The footage shows the two cats squaring off, circling each other, neither wanting to make the first move. After much hissing, Tigger retreats. "We saw standoffs, but not very much fighting at all," said Dr. Bradshaw.

Although the program isn't likely to make the average person want to relocate to Cat Island—where cats outnumber humans four to one!—or rush out to see the recent revival of the theatre production, Cats, it does lend credence to the longstanding belief that cats are smart, or at least smarter than dogs. (Have you seen the viral video of a dog after eating a slice of lime?)

Consider how the cats keep from crossing paths. The experiment's GPS data demonstrated that there was inevitable overlap in the paths of Shamley Green's cats, but each cat simply avoided unwanted confrontation by venturing out only within strict timeframes. Yep, cats can tell time.

Cat bearding: Everything you need to know about the hottest feline craze
May 22, 2013 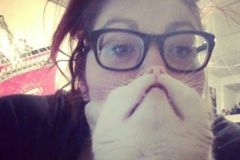 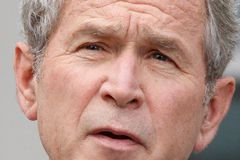 Science confirms it: Your dog’s emotions are written all over its face
March 18, 2013 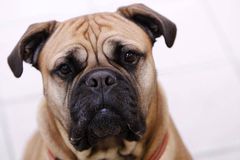