It is where conversations can happen (or not), an invitation to stillness in a fast world, a place for romance and a promise of inclusion.

Had you not thought very much about the bench as public furniture? I hadn't either until recently, when, on a visit to the park, I suddenly realized that I was in the living room of a grand palace, with grass as carpet, banks of trees as walls and the sky as ceiling. And there were all these people, a diverse crowd, sitting in the huge reception room on benches. There we all were, thrown together, part of a revolving mix of solitary participants at a gathering we didn't know we had been invited to.

And then I thought – because thinking, after all, is what you do a fair amount of on a public bench – about how this piece of furniture functions as a powerful metaphor and civic tool. In this, the season of holiday conviviality, the bench – even if under a thick blanket of snow – is perhaps a gentle reminder that the world can and should be a generous and democratic place, where everyone has a place to sit and witness life's passing parade.

Certainly, it is a movie director's favourite device, an inanimate character that has starred in many movies. In the 1997 film Good Will Hunting, Robin Williams delivers, as therapist Sean Maguire, a moving speech about really living life to Matt Damon's character, Will Hunting. The park bench they're sitting on serves as a small island in a sea of moving people, where the two men, of very different perspectives, are free of the distractions other places might have. The bench is where truth can be told, a levelling device. In 1994's Forrest Gump, the bench is where Tom Hanks's character spends about 80 per cent of the film, telling the story of his life to anyone who happens to sit beside him. The bench brings together people who might otherwise never have met – an agent that forces encounters and gives those who find themselves sitting there the opportunity to engage with the other. In the 1979 film Manhattan, the scene in which Woody Allen's and Diane Keaton's characters are silhouetted against a new dawn as they sit on a bench by New York's Queensboro Bridge suggests the beauty of connection amid the isolating anonymity of a big city.

Like many, I have loved a bench or two in a variety of places – on a ski hill, in a park, on a street, halfway up a steep hiking trail – and always it is the welcome they hold out that strikes me. They promise a certain existential joy – the ability to just be, to pause, to sit, to breathe. Which is why commemorative benches are so popular, I suppose.

Dedicated to a loved one who has died, a bench is an opportunity to sit in the presence of someone who sat in that same place, seeing that same view, breathing that same air. One time, on a hike through wild, open parkland, I came upon a simple, weathered bench perched on a ridge with nothing else around. The small brass plaque on the back was dedicated "To Olivia, who loved this place." I didn't know her, of course. But I started to imagine her and what she loved and why. And for a moment, I shared it.

The ability of the bench to call someone who has died back into the living realm explains why it is often used as sculpture by artists. Canadian pianist Glenn Gould sits on a bronze bench by artist Ruth Abernethy in front of Toronto's Glenn Gould Studios at CBC headquarters. Sir John A. Mac– Donald and Sir George-Étienne Cartier gather around a bench by Jérémie Giles in the Ottawa airport. Albert Einstein sits on one in West-Vlaanderen, Belgium, a place where he once lived for six months.

"The bench makes political or famous figures accessible. They're often portrayed in a stiff manner, on a plinth as an imposing statue," explains Lawrence Holofcener, an American sculptor who created a life-size sculpture of Winston Churchill and Franklin Roosevelt seated beside one another in conversation on a bench in London, England. "There's a camaraderie and warmth to having them sitting there rather than standing above you. You are with them, not beneath them," he says in a telephone interview from Palm Springs, Fla.

During my quiet, bench-induced meditation in the park, I was noticing (iPhone firmly in pocket) the play of light in the trees. Two construction workers on another nearby were taking a cigarette break. Nearby, an older lady sat next to a young girl – her granddaughter perhaps – sharing a bag of cookies. A bit farther along, an elderly man sat on his own, reading a book, while his dog lay obediently at his feet. I saw a man napping on one – a private act of vulnerability. And then along jogged a young man, who slowed down to a walk until he came to an empty bench, where, yes, he used it like a piece of gym equipment.

At that moment, I couldn't help but summon Jane Jacobs, the late urban philosopher who wrote so thoughtfully about cities and how they work. Parks need diversity in order to be vibrant and safe, she argued in her seminal tome, The Life and Death of Great American Cities. Everyone must feel welcome to enter one to pursue the desired private moment in the public arena. The bench encourages exactly that. 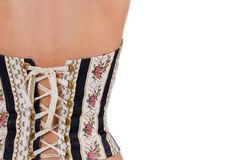 Will the real Karl Lagerfeld please stand up?
October 19, 2013 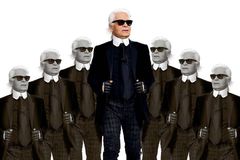 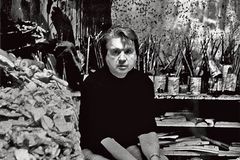