A week that began with joy and frenzy at the news of Catherine, Duchess of Cambridge's pregnancy has ended in tragedy with the apparent suicide of Jacintha Saldanha, a nurse who helped care for the Duchess in hospital and who fell for a prank call. Ms. Saldanha's death has raised more questions about the overwhelming attention given to the Duke and Duchess and it comes as British politicians are already considering tough regulations on the media.

There was already a growing unease about the tremendous coverage surrounding the Duchess, formerly Kate Middleton, since Monday when St. James's Palace announced she was pregnant and being admitted to London's King Edward VII Hospital for treatment of acute morning sickness.

The media arrived from around the world in droves, camping out in front of the hospital and taking pictures of almost everyone who came and went. Companies began making souvenirs, bookies churned out odds and the British public couldn't go anywhere without seeing pictures or stories about the Duchess's condition.

Amid all that it was perhaps not surprising that early Tuesday morning a pair of radio announcers in Australia called the hospital, impersonating the Queen and Prince Philip. They managed to be put through to a nurse who gave them information about the Duchess's condition. By Thursday, the Duchess left the hospital, prompting more front-page coverage, and the radio announcers, Mel Greig and Michael Christian, had become global sensations, boasting through social media and their radio show about their trick as the biggest Royal prank ever.

The prank call deeply embarrassed the private hospital, which serves several members of the Royal Family. John Lofthouse, the hospital's chief executive, said the call never should have gone through. He said patients like the Duchess had secure phone lines and that staff had been trained not to fall for such stunts. But the mood lightened when Prince Charles joined the fun, joking with reporters during an event on Thursday: "How do you know I'm not a radio station?"

Everything changed Friday morning. Ms. Saldanha, 46, was found dead at her apartment near the hospital. Hospital officials confirmed she was the nurse who answered the prank call Tuesday. When Ms. Greig asked to speak to "my granddaughter Kate," Ms. Saldanha thought she was speaking to the Queen and replied: "Oh yes, just hold on, ma'am." She forwarded the call to a colleague who provided the medical update.

The hospital seemed stunned at the death and insisted it had not disciplined or suspended Ms. Saldanha, a married mother of two. "Everyone is shocked by the loss of a much loved and valued colleague," Mr. Lofthouse said.

St. James's Palace said the Duke and Duchess did not complain about the call and instead offered support for staff involved.

"Their Royal Highnesses were looked after so wonderfully well at all times by everybody at King Edward VII Hospital, and their thoughts and prayers are with Jacintha Saldanha's family, friends and colleagues at this very sad time," the Palace said in a statement.

Ms. Saldanha's family put out a brief statement Friday. "We as a family are deeply saddened by the loss of our beloved Jacintha. We would ask that the media respect our privacy at this difficult time."

The death has prompted a fierce reaction. Ms. Greig and Mr. Christian closed their Twitter accounts after they became filled with angry comments about the death. Their employer, Southern Cross Austereo, suspended the announcers and added that the company was "deeply saddened by the tragic news" of Ms. Saldanha's death.

There will more questions to come. The Duchess is less than 12 weeks into her pregnancy and the hype has already rivalled that of Princess Diana who went through her first pregnancy in 1981.

Lord Justice Brian Leveson, who led an inquiry into the British media's phone-hacking scandal, has recommended a new regulator for the country's media and stiffer penalties for breaches. In a speech this week in Australia, he cited the hospital crank call as an example of the need for new laws.

Others also called for more restraint in the coverage of the Duchess's pregnancy this week. "Let's hope that she gets some privacy from the media as appropriate – without needing any new laws to tell the media to do that," Foreign Secretary William Hague told ITV. Added Labour MP Tom Watson: "We will all welcome the news that the Duchess of Cambridge has announced that she and Prince William are expecting their first child. Do we also think that the press should observe their recent conversion, and give the couple the privacy that they deserve in the early days of the pregnancy?" 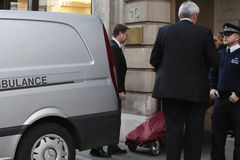 What to expect from a judgmental public when you’re the Duchess of Cambridge
December 7, 2012 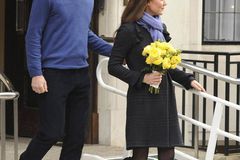